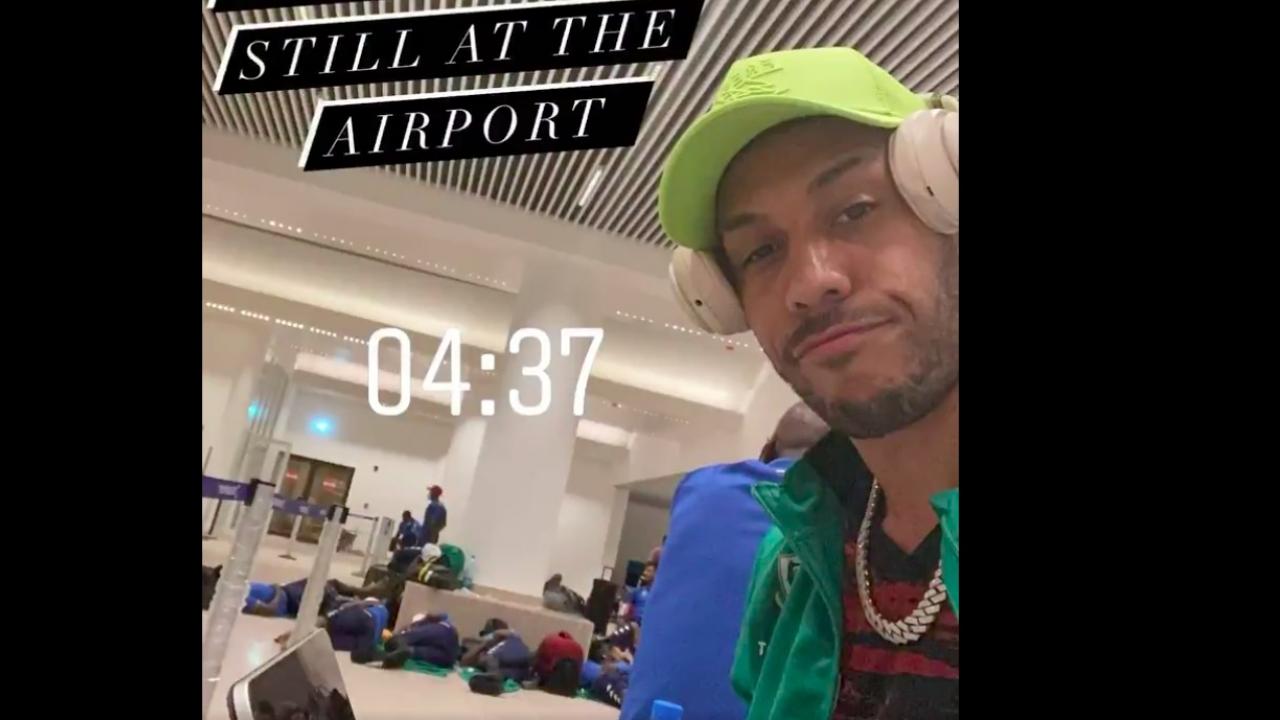 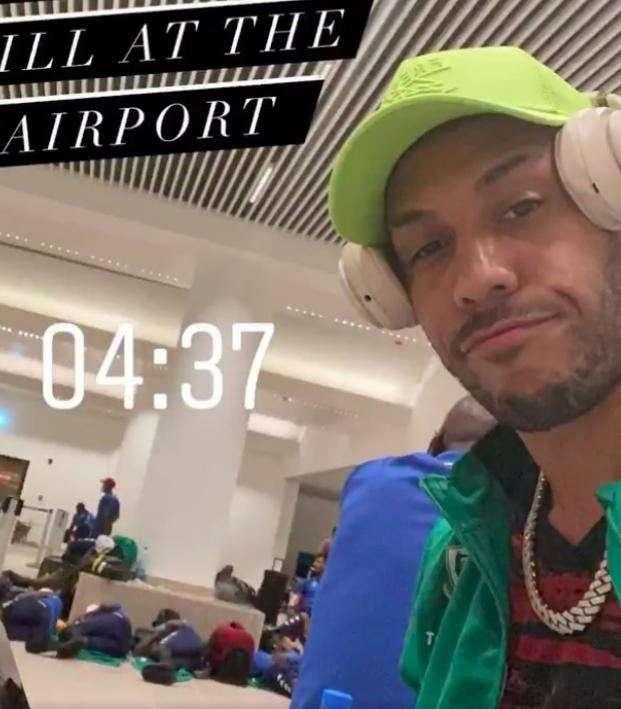 Reuters November 16, 2020
The team spent over six hours at the airport before departing only 10 hours before their match.

Pierre-Emerick Aubameyang and his Gabon teammates were forced to spend the night sleeping on the airport floor ahead of their vital Africa Cup of Nations qualifier against Gambia.

Aubameyang used social media to highlight their plight after arriving at Banjul airport on Sunday, ahead of Monday’s Group D clash in the Gambian capital. The Gabon delegation were told they were not allowed to leave the airport because of an administrative problem and were forced to sleep on the floor before being allowed to leave in the morning after government intervention.

No reason was given for not allowing the team to exit the airport and head to their hotel after arrival and even by previous standards of gamesmanship in African football, this was unusual. Gabon’s federation posted pictures of the incident of its Facebook page but without any comment.

"Nice job CAF, it's as if we were back in the 1990s," Aubameyang posted on Twitter in a reference to previous foibles blamed on the Confederation of African Football.

"This will not demotivate us but people need to know and CAF need to take responsibility. (It is) 2020 and we want Africa to grow but this is not how we will get there," the Arsenal striker added later.

I know my team
They Ready like Never before
And me they did a misTake Letting me sleep for couple Hours Today is the day!!! No Matter the result for me my team won already when i See the faces this Morning everyone is hungry hungry about Football Let’s fucking Go Panthers

Gabon are top of the group standings, three points ahead of Gambia, who are seeking to reach the Nations Cup finals for the first time. The top two teams in the group – which also includes Angola and the Democratic Republic of Congo - advance to the finals in Cameroon in early 2022.