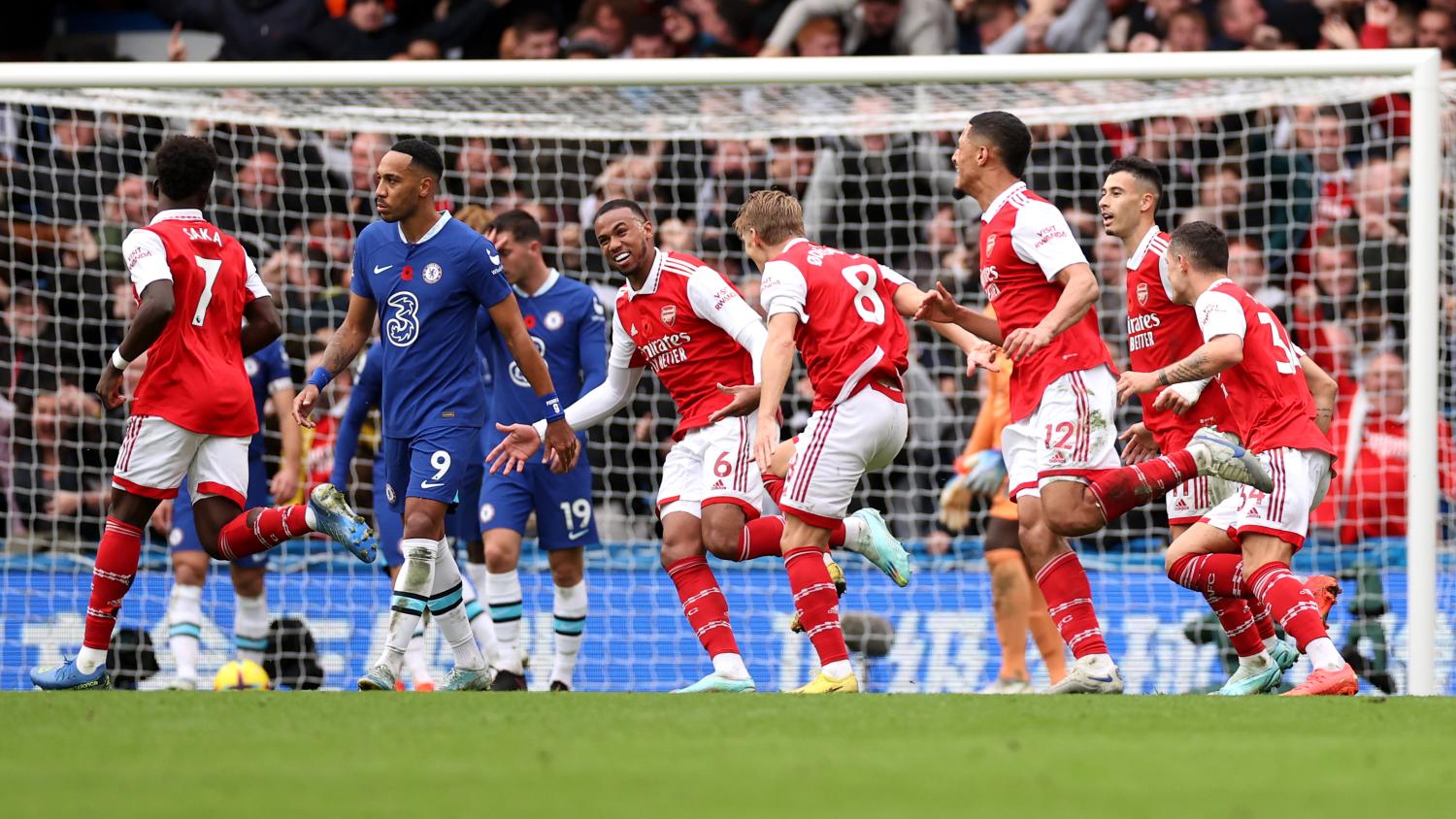 The Gunners limited the Blues to just one shot on target at Stamford Bridge.
Getty Images

A 63rd-minute toe-poke on the goal line by Brazilian defender Gabriel earned Arsenal a 1-0 victory over Chelsea at Stamford Bridge on Sunday and lifted them back to the top of the Premier League.

Gabriel, lurking at the far post, got on the end of a Bukayo Saka corner that flew past a line of Chelsea defenders.

The deserved victory in a highly-charged London derby sent Arsenal two points clear of Manchester City on 34 points and left a second-best Blues side languishing in seventh, 13 points behind.

Mikel Arteta's side pressed hard and moved the ball at pace so that Chelsea were often squeezed into their own half.

But despite their superiority, Arsenal were profligate in front of goal, with Gabriel Jesus, Gabriel Martinelli and Ben White missing chances against Graham Potter's side. But they enjoyed 56% possession and had 14 shots to Chelsea's five.

Chelsea's best efforts came on the counter-attack but they could produce only half-chances for Kai Havertz, Pierre-Emerick Aubameyang and Raheem Sterling.

Chelsea have earned just two points from their last four league matches and have lost two in succession after last week's 4-1 drubbing by Potter's former side Brighton & Hove Albion.