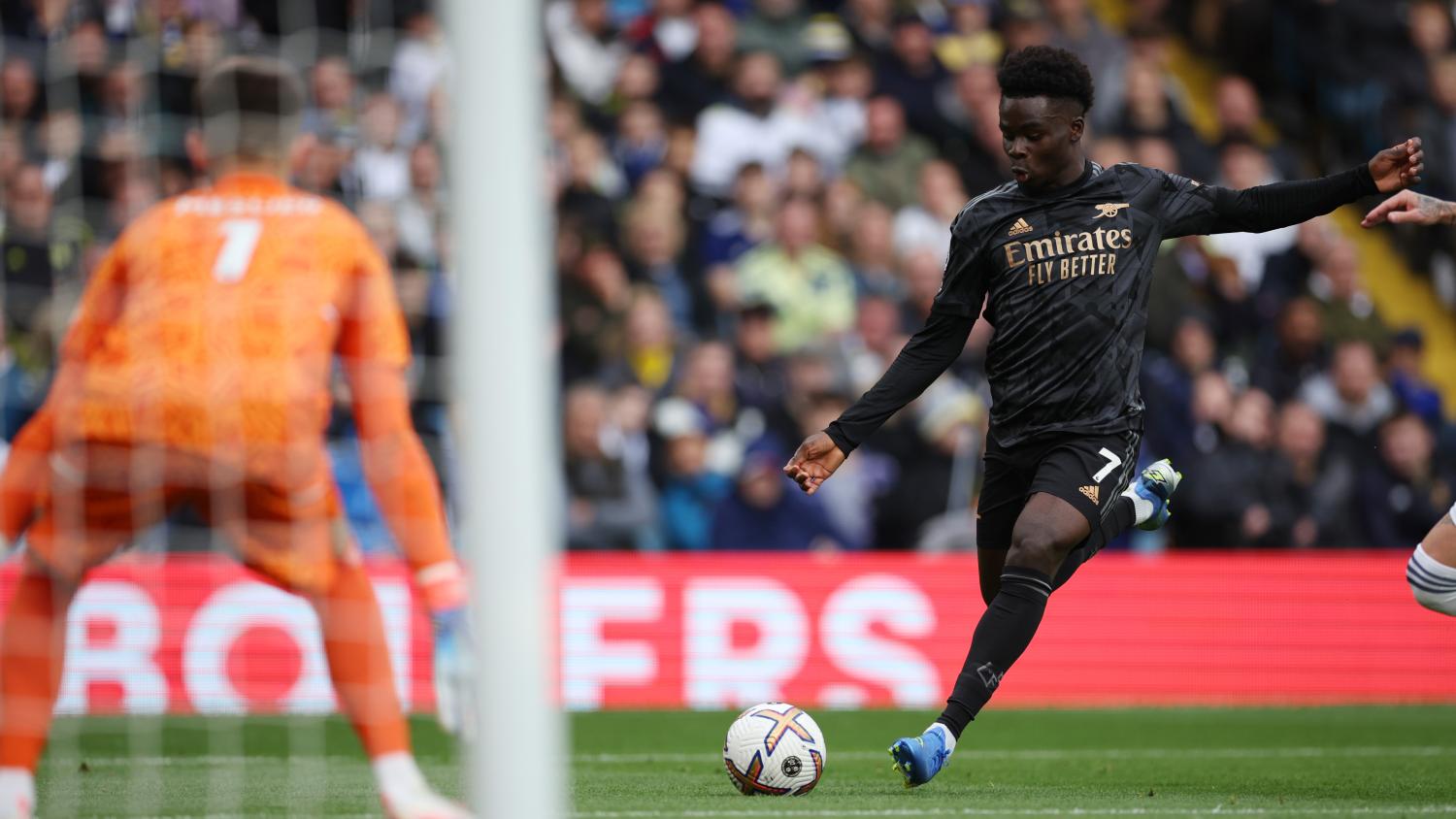 Arsenal were not at their best but managed to get the result against a solid Leeds side.
Eddie Keogh | Getty Images

Sometimes, the best things in life are worth waiting for. Arsenal and Leeds played a thoroughly fascinating match following a lengthy delay due to technical issues at Elland Road, but it was the Gunners who managed to hold on, only just, against Jesse Marsh’s plucky side.

The hero on the day was Bukayo Saka, who now has four goals and four assists in his last seven Premier league games. The 21-year-old is up for the Kopa trophy this week and his performances in recent weeks can only make his case better.

BUKAYO SAKA WITH A CLINICAL FINISH!

His fantastic strike, thundered home from a tight angle, came on a day when Arsenal simply was not at its best. The Gunners seemed unable to pick Leeds apart in a way we've become accustomed to this season. As their title fight continues, however, these matches will carry massive weight. The mark of a champion is winning even when they’re not at their best.

But Arteta’s team looked vulnerable and other sides will likely look to this match to learn how they can challenge the Gunners in the future.

The match featured a significant delay of 38 minutes just after kickoff. A technical issue involving the communication between the referees and the VAR team meant the players were called off the pitch as the issues were resolved.

Leeds had not lost a game at home this season until today. Huge result.

Huge win today. Leeds were outstanding. These are the games we would have lost a year back. It shows the improvements we have had over the year

Arsenal thoroughly struggled to implement their style of play throughout the match, practically a guarantee for any side that travels to Elland Road this season. Jesse Marsch has created a formidable beast — all that seems to be missing is the result.

The performances are their own, which is more than can be said for other sides, but ultimately Marsch’s side needs to pick up a win soon. Leeds last tasted victory on Aug. 21 and had not lost two consecutive matches until they faced Arsenal, but results tell the ultimate truth. Nine points from nine matches leaves a bit to be desired from Marsch’s American revolution, but next week's match against Leicester presents an opportunity to get back on track.