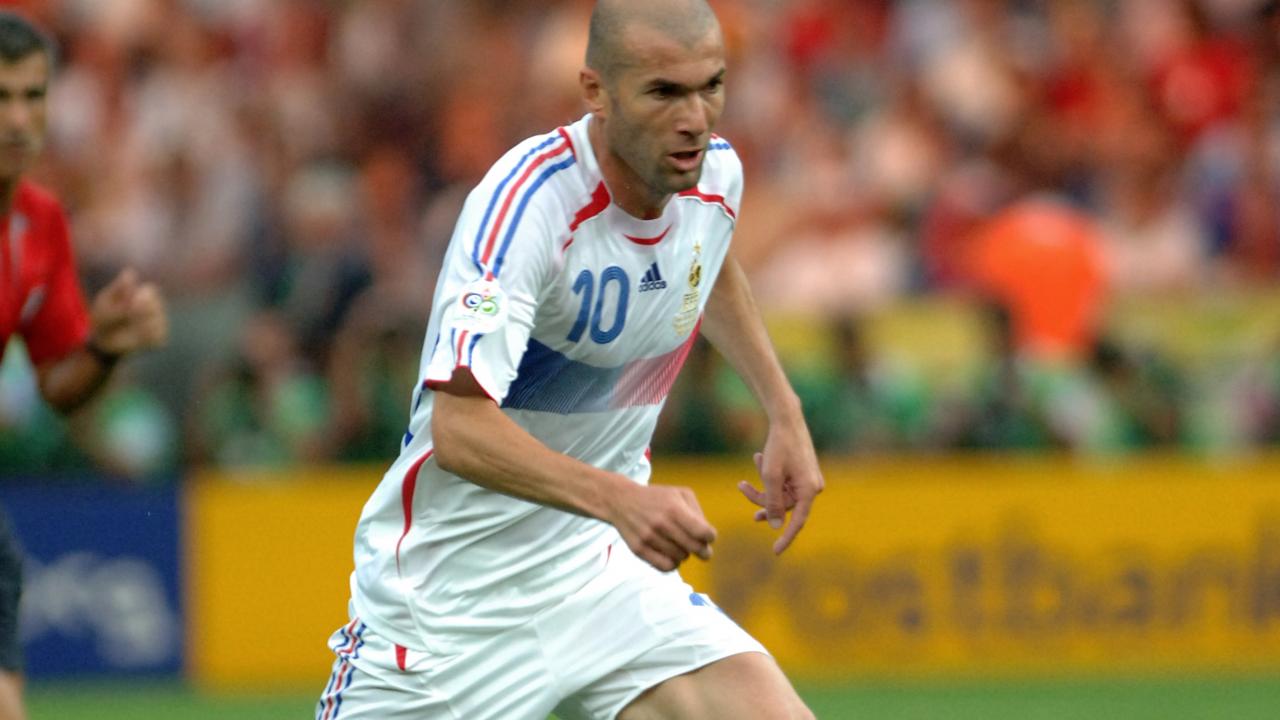 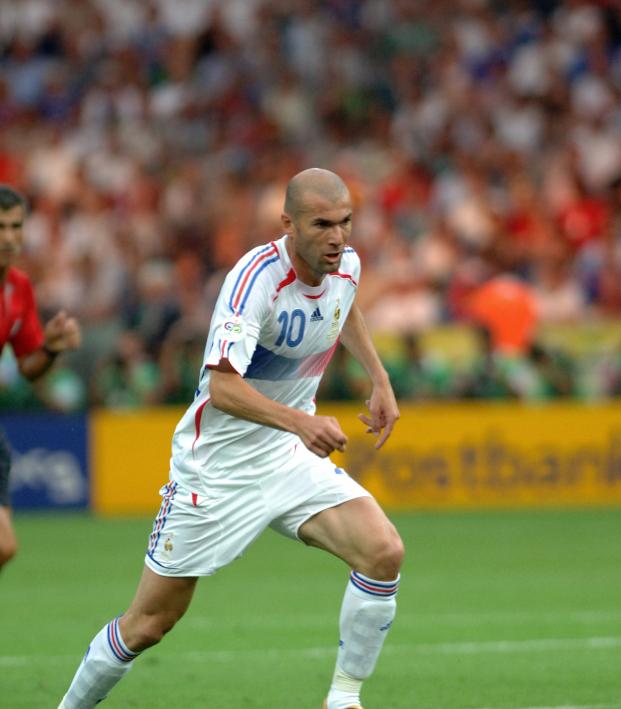 Soccer Details: 6 Keys To Receive A Pass Like A Pro

Dan Blank, the author of the SoccerIQ Series, remarks in all of his books that if you want to coach and play soccer, you have to believe details matter.

There’s nothing more important in the game of soccer than being able to pass the ball properly and receive it the same way. Out of the seven basic technical skills (and this is just my opinion; feel free to disagree) — passing, receiving, dribbling, marking, shooting, heading and running with the ball — passing and receiving are the most important, to the point that I would argue that most of the other technical skills rely on them. A wall pass (passing and receiving) is a form of dribbling an opponent, you can run faster without the ball than with it (unless you are Leo Messi), shooting was defined by Cesar Luis Menotti as “passing to the net,” etc.

I can highlight six vital details that are key to receiving passes like a pro.

1. Receiving starts before your teammate passes; your timing is key.

Rookies always do this, and it’s a pain in the eye to see it every time: You don’t only play when the ball is at your feet. A soccer match lasts 90 minutes and statistically a player only touches the ball one to two minutes. What do you do the other 88 minutes (or should do)? The answer is: keep thinking. When I say keep thinking, I mean prepare yourself to get the most out of the two minutes you are going to have the ball at your feet. It is both the best thing to do to get the ball back when defending and the best when your team does have possession.

Therefore, when your teammate has the ball and you want to receive a pass, don’t wait for that pass to be off his foot to start doing something useful. Naturally, your teammate is going to go through the following sequence of events: receive the ball, ensure control and raise his sight to search for alternatives such as pass, shoot or dribble. The third step (raise his sight) is the moment in which you have to already know what you’re going to offer.

The second rookie mistake is to think dribbling is something we only do with the ball. Quoting Cesar Luis Menotti (one of the most remarkable Argentinean coaches of all time and winner of the 1978 World Cup): “Football (soccer) is a game based on three things: space, time and deceit.”

Juan Roman Riquelme said about Andres Iniesta: "He reminds us every Sunday how to play soccer properly. He’s 1.60 meters tall, not strong, not too fast, but nobody gets even close to him for one simple reason: he deceives, controls and passes right away, so by the time the defender is getting there he’s gone again."

The key here is that if you want to create a bit of space and time to receive a pass, you have to mislead your marker. Timing is vital, you have to do it right before your teammate is going to raise his sight and (if possible) drag your marker in the opposite direction of where you are about to check in, as that will create the largest space between both of you.

The higher the level of soccer you play, the better your markers will be. Trust me, these guys know how to destroy your beautiful ideas and they get a lot of joy and pride in doing it consistently (I was one of them), so every fraction of time that you have has to be optimized.

Always seek a receiving position in which your body shape faces the inner side of the field. The idea here is to adjust your body shape so that your field view allows you to watch at your teammate passing, your opponent marking and your next target. If you receive facing the sideline or your own goal, you’ll face different problems such as your marker tightening and pushing you toward the line, reducing your playing space, and/or you will have to do and extra touch to turn around and move forward and when you do that you wasted time, and time is gold.

Extra tip: It is better when you don’t check in on a straight line toward your teammate; it is better to move diagonally. There are several reasons for this, but for now just keep it mind as this.

4. Check your surroundings before you receive.

I couldn’t highlight any more the importance of this. If you want to be a top player you have to learn to get your sight off the ground/ball permanently; either you have or you don’t have the ball. Soccer is mainly played with your brain, so if you want to make the right decisions you have to know what’s around you. Victor Torres, a good friend of mine and a great coach as well, summarized this perfectly by saying: A player has to learn to make decisions first, then make them right, then make them quick.

Information is gold as well, because the more you have, the less time you’ll need to know what to do next. My advice is: scan twice. Once before you feint a move to mislead your opponent and once when the ball is on its way to you.

5. Receive away from pressure or toward your next move.

Soccer is full of details but the basics are simple. You need to score more goals than the rival to win the game. The opposing goal is upfield. Therefore, if you can move upfield, do it.

Now soccer life isn’t such a wonderland and once again, the higher the level, the better the rivals will be hunting you, so you’ll find yourself mostly receiving and not being able to simply run upfield with the ball.

As I was telling you before, if you want to be a top player, you must have a plan by the time you receive the ball, even if later on you decide to change it for a new alternative. So if you get lucky enough and you did your pre-receiving work fantastically, you’ll have the opportunity to go with your plan.

Now, please don’t screw it up by receiving toward the opposite side of the field. If your plan is to drag your marker and play quick with a sprinting right back, you want a first touch that’s going to help you do it right and do it quick. This is a skill that in Europe and South America we call “oriented control.” Don’t ruin your beautiful soccer.

Second case is you will receive under tight pressure and your initial plan will be frustrated. That’s OK. Don’t force it and give away possession — it happens all the time; just be patient and repeat the process until you find the perfect opportunity. In these cases, be smart about your receiving shape and control toward the opposite direction of your marker’s approach. Reasons are simple: When you do this you’re taking the ball to a direction in which your body stays between the ball and the opponent, giving you the opportunity (if needed) to shield the ball.

6. Give your teammate specific directions of where and when you need the ball.

I’m not sure one of my titles has ever been more literal than this one.

When I started coaching in the U.S., one of the first things that shocked me in comparison to South America was how quiet the players were. Back in Argentina, despite the unbelievable passion that the country has for the sport, a soccer match is loud and noisy (maybe too loud and noisy). Players are constantly talking to each other (and the ref, unfortunately), giving directions and observations to their teammates. In America, sometimes it seems like players are too nice to point out things to their teammates. Well, let me tell you something, as much as I appreciate your education, that’s a weakness and teams from other countries such as mine will eat you alive. Be respectful, be loyal, but don’t expect to raise your hand and wait for the coach to indicate that you can talk, so start speaking up.

When you check in for the ball, your teammate glances at you (and listens to you) for less than a second. That second has to be meaningful, and by meaningful I mean give him as much information as you can about the pass that you need, when you need it and where you need it. Use our voice to indicate the moment “Now!” or if he should or should not pass it, etc. Use your hands to point specifically where you need it: right at your foot or into space. Use your body shape to show the foot you plan to use or the direction you plan to go.

There’s a seventh tip that should be the No. 0 tip as it’s the base of all of this, which is your technical skill to receive. Practice your first touch; a bad one will force a second touch and that’s too much time wasted.

There might be more tips to doing this perfectly, but I can still tell you something: If you master these six key points, your soccer will start looking pro. Keep it up!