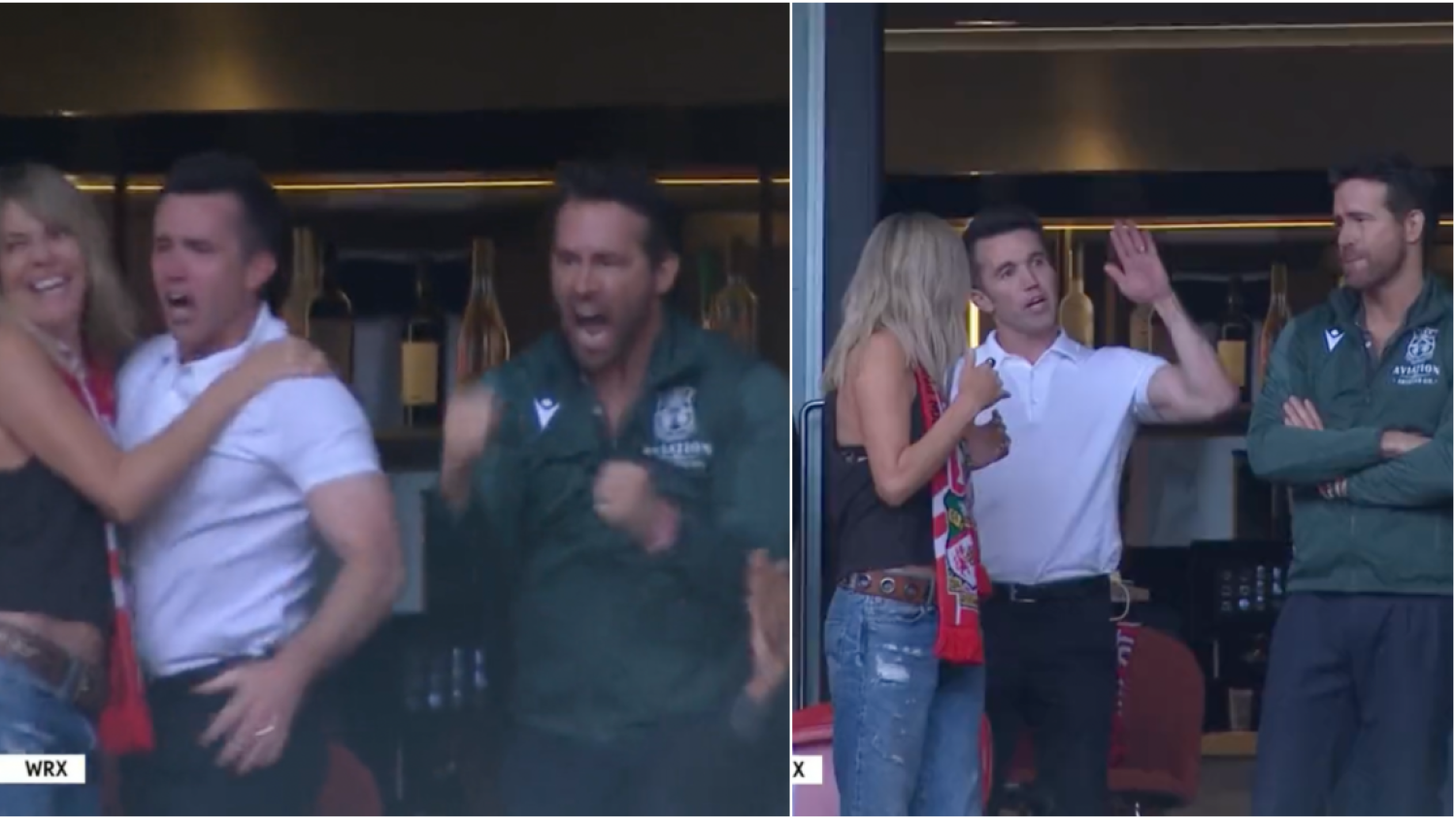 The new Wrexham owners got carried away celebrating a goal that didn’t even count.
@MLS_Buzz | Twitter

It’s been a spectacular year for Wrexham AFC. From the dredges of the National League — the fifth tier of English football — the third oldest club in the world was thrust into global acclaim when Hollywood stars Ryan Reynolds and Rob McElhenney bought the Dragons. Now they’re a couple of games from earning promotion into EFL League Two and on Sunday they competed in the FA Trophy final, with the A-list Wrexham owners in attendance at famed Wembley Stadium.

Unfortunately for McReynolds, Wrexham suffered a 1-0 defeat to Bromley in the tournament for clubs in tiers five through eight in England. Late in the match, it briefly appeared the Dragons had scored a stoppage-time equalizer, only for the assistant referee to quickly raise his flag for offside.

Reynolds, McElhenney and McElhenney’s wife, Kaitlin Olson, who co-stars as Dee in “It’s Always Sunny,” celebrated like they’d just won the World Cup. Or an Oscar. Or a Webby? I don’t know what actors celebrate. It took the trio quite some time to realize the goal was disallowed, despite the players and most fans recognizing almost immediately the goal would not stand.

Rob McElhenney and Ryan Reynolds are owners of 5th division side Wrexham AFC and were in attendance for their FA Trophy Final this past weekend.

They got a little carried away on what they thought was a late match equalizer that was called offside pic.twitter.com/yYJNsWzDjw

Of course the Brits went crazy to excoriate these dumb Yanks for not recognizing the offside flag was raised. The announcer had some fun with it.

“It will not count! They’re celebrating up in the royal box, they haven’t seen the flag yet! Someone needs to have a quick word,” the announcer said.

It’s quite possible Ryan and Rob don’t know the offside rule. It’s not too difficult compared to the obstruse rules of American football, but maybe they’re new to the sport. Maybe they are complete morons clueless about the rules of soccer.

Or just maybe, they were so excited by a potential equalizer they didn’t see the assistant referee raise his flag. Maybe their view of that corner of the field was obscured by fans. Maybe we should cut these absurdly beautiful and rich people some slack.

Then again, we can just make fun of them for making a silly mistake, because it’s all a game and who cares?

the gang gets called offside

The Dragons play Grimsby Town on Saturday — the same day as the men’s Champions League final — in the semifinals of the promotion playoffs. The winner plays either Solihull Moors or Chesterfield in the final on Sunday, June 5. However it plays out, we’re in for an amazing first season of “Welcome to Wrexham,” the FX series being created by the Wrexham owners.

Let’s be honest, if it’s Grimsby Town vs. Solihull Moors in that final, no one outside of those small fan bases will care much who wins. But if Wrexham makes the final, you know the TV audience will increase tenfold (to about 10, maybe 20) in the U.S.