What Is It Like To Watch El Clasico In Barcelona? 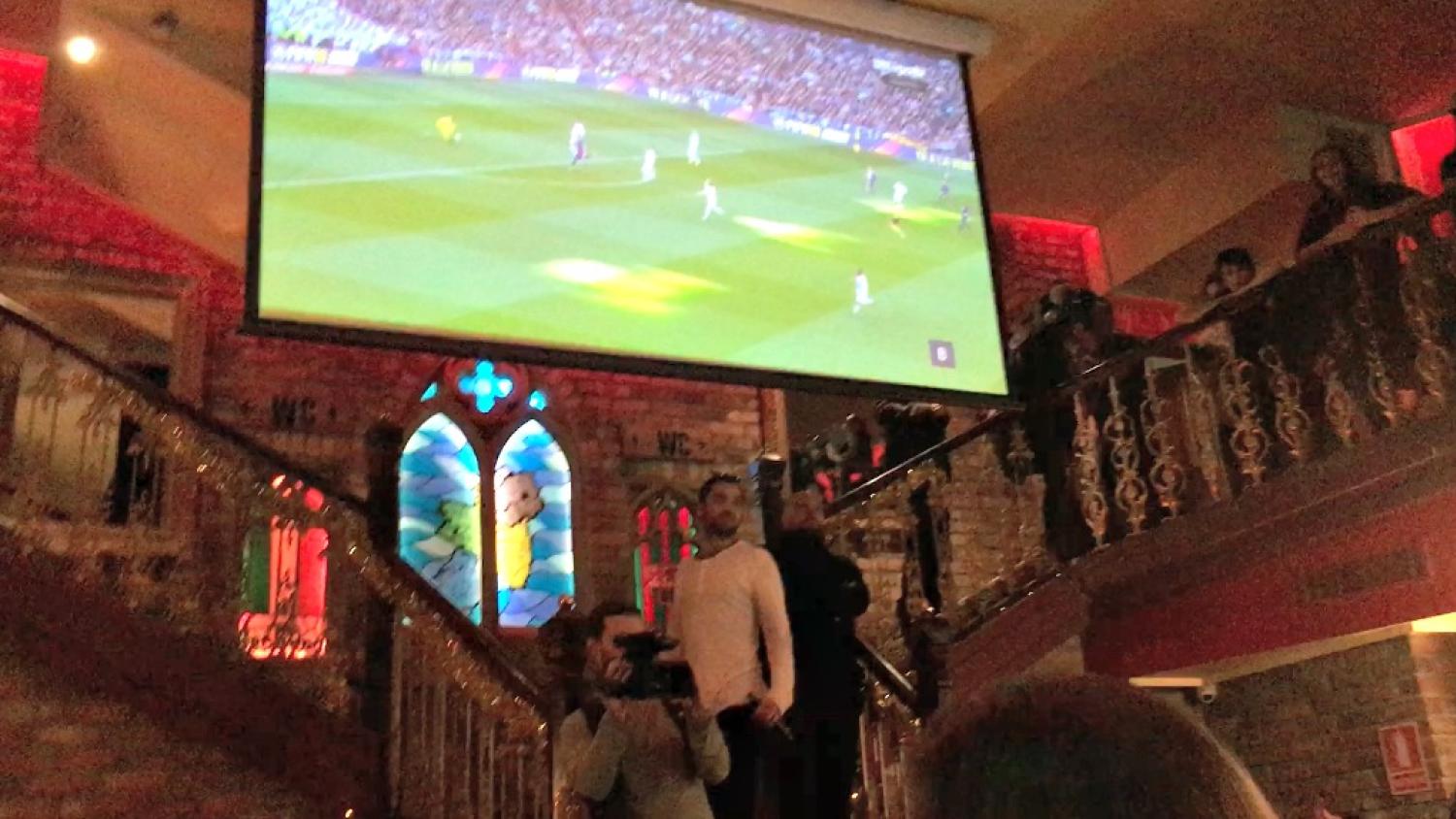 El Clasico is the biggest rivalry in the world. You may have the dream to go to El Clasico or just be in Spain for El Clasico. So what is it like to watch the match in the city of Barcelona?
Watching El Clasico in Barcelona

Ohhhh El Clásico, where to begin. One of soccer's most heated, yet most deeply cherished rivalries.Few of you readers get to experience El Clasico, in Barcelona, while it's happening. This was my mission on December 23rd and should be your mission on May 6th if you are not lucky enough to go to the game in the Camp Nou.

The match was held in Madrid this time around, so you might be wondering...why are you even reporting on this, oh wise alcoholic fútbol fan? Well, what you might not know is that watching El Clásico from one of Barcelona's most renoud Irish pubs can be just as exciting.

Upon checking out a couple of neighborhood bars and chatting with people on the street, the time had come to make our way to the George Payne. An Irish Pub to watch Spanish football? Makes no sense, right? WRONG. This place had been overflowing since about 11am with foreigners and Spaniards alike.

From past experience, I knew that the shortest line would happen about 10 minutes before the game, so in I walked, perfectly in tune with the hymn of the Spanish League's #1 team. Honestly, I felt like a f*****g goddess. The Sharika to this bar's Pique.

Dim lighting, waves of red and blue, huge projector screens playing the game, and Barça paraphernalia covering just about every inch of the wall, the few Madrid fans in the bar (it was 70:30 in favor of the blaugrana) likely felt quite out of place.

One of my favorite things about the George Payne is the age range. I saw everyone from middle schoolers with braces to great-grandmas in wheelchairs.

Anyways, it’s game time. As the players line up in the tunnel preparing to walk onto the field, people begin chanting their favorite players names.

I hate to generalize, but Spanish people are LOUD. So you can imagine how the walls trembled when Leo Messi was shown on the big screen stepping into the Bernabeu for the first time.

Every single person in the restaurant was roaring as kickoff happened, and it didn’t really die down until the end. Every goal, foul, yellow card, and especially Carvajal’s hand ball, was met with a reaction louder than a frat house during the Super Bowl.

About ten minutes into the game, I see a Madrid/Barcelona couple make a challenge. Each goal Real Madrid makes, the Barca boy needs to take a shot and vice versa. Soon enough, 70% of the bar was involved. Including myself. Mind you, it is currently 1:45PM. But no judgement here, it is Spain during El Clásico.

Later on, I found myself mid-conversation with a table full of grandmas, saying that they have been coming to this bar to watch Barca for 20 years, and now they get free food whenever they come. Safe to say I saw my future flash before my eyes.

Laughing my way through this conversation with my sub-par Catalan, I realized that Barca’s slogan, mes que un club, is one of the truer statements I’ve ever heard. And this coming from a Real Madrid fan.

There was a totally different atmosphere here than in any other bar I’ve been in in Madrid. People hugging, cheersing, joking with each other, and most importantly, smiling.

There is definitely a sense of community here that I hadn’t seen before.

Maybe it has to do with the current political situation, since they are closer than every to becoming an independent republic. Maybe it’s the way they are wired, different than the affluent Madrilenos. Or, maybe I’m thinking too much and everyone was just wasted and happy.

While it definitely didn’t help that Barca destroyed Madrid, the ambiance here was far better in my opinion than in the Camp Nou.