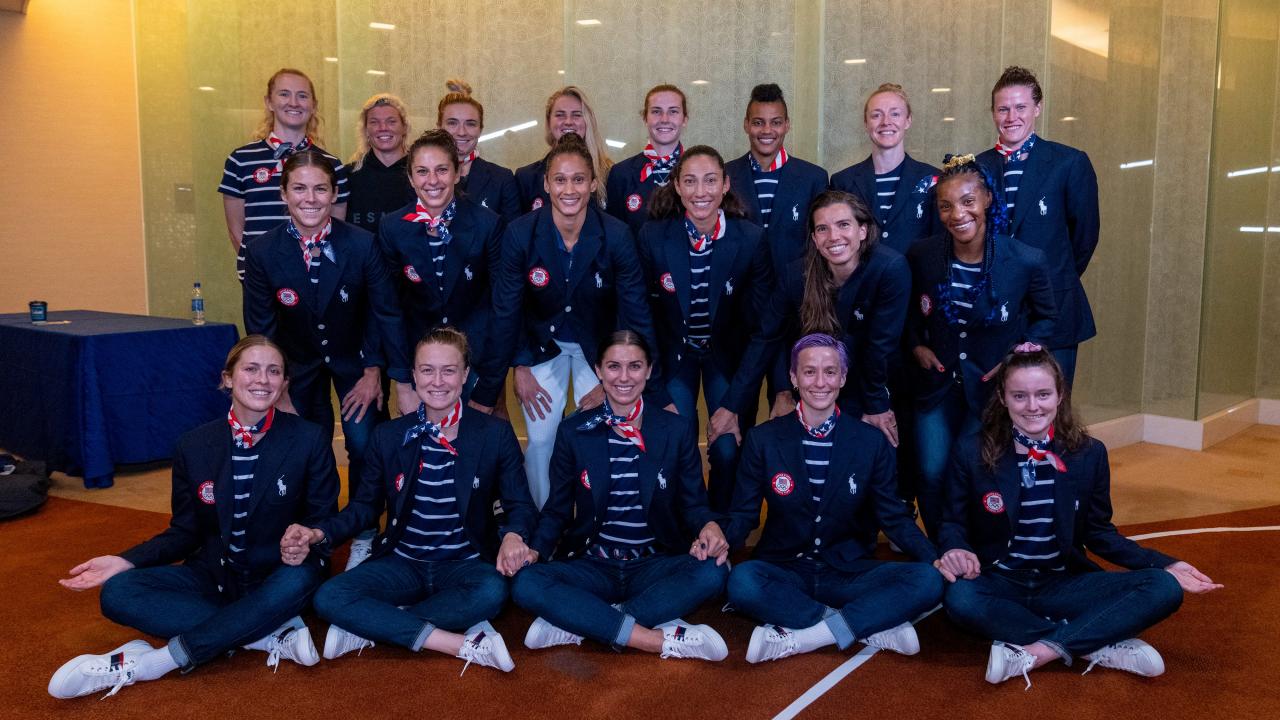 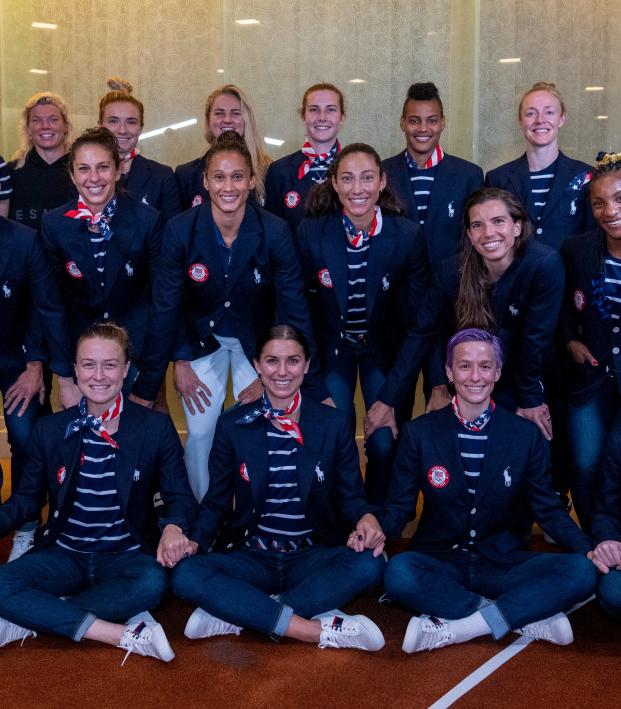 USWNT Couldn’t Be At Olympic Opening Ceremony, So They Cosplayed Their Own

It’s the moment athletes wait their entire lives for: To walk into a stadium of roaring fans alongside compatriots during the Olympic Games opening ceremonies. Things were a bit different this year as Olympic Stadium in Tokyo was mostly empty, fans unable to attend because of the Covid-19 pandemic still raging around the world.

But that didn’t stop the USWNT from having fun, even from a hotel room about 20 miles away.

The U.S. Olympic women’s soccer team was unable to attend Friday’s Tokyo 2020 opening ceremony in person because of a big match with New Zealand on Saturday in Saitama. So the players and staff were stuck at a hotel, making the most of an unusual experience.

So excited for 2020 Olympics #openingceremony tonight! We won't be there in person but we WILL be parading around the hotel in our opening ceremony outfits while prepping for game 2 tomorrow!

The U.S. opened Olympic play on Wednesday, a stunning 3-0 defeat to Sweden. Despite the setback — a first in 44 matches — player morale appears high based on how they decided to take part in the opening ceremony.

Instead of entering Olympic Stadium with the rest of the American athletes, the USWNT had to settle for parading around a hotel, creating their own opening ceremony. Megan Rapinoe, whose partner Sue Bird was chosen as one of two flag bearers for the U.S. contingent, did her best impression of the WNBA superstar alongside Abby Dahlkemper.

Rapinoe also strutted around with the badass Crystal Dunn and the squad took a few team photos. Most of the players wore the official Team USA outfits, which were fine, I guess, if not a bit pretentious. These are world-class athletes, not Chads about to go out on a yacht, but the USWNT didn’t seem to mind.

You know you love them.
xoxo,
The Gals pic.twitter.com/9qVIng1vWN

Back in Tokyo, Bird and Eddy Alvarez led Team USA into Olympic Stadium. Alvarez medaled at the 2014 Winter Olympics in speedskating and is going for gold in baseball this summer.

Even if it’s a bit disheartening the best soccer team in the world couldn’t attend the opening ceremony, it makes sense the USWNT wasn’t be there. Vlatko Andonovski’s side is last in Group G facing what’s essentially a must-win game against New Zealand on Saturday. That match kicks off at 7:30 a.m. ET Saturday — 8:30 p.m. locally from Saitama. The team will want to be well rested playing the Football Ferns after looking a bit off the pace against Sweden. First Lady Jill Biden will be in attendance as the USWNT hopes to turn things around to become the first team to win the Olympics and World Cup in the same cycle.

But the USWNT wasn’t forgotten by Team USA, including Rapinoe in a short, animated video to celebrate the Olympics kicking off. This Rapinoe avatar is just awesome.

The USWNT wasn’t the only team unable to attend the opening ceremony. As a result of the soccer competitions being played around the country as opposed to solely in Tokyo like most events, a number of soccer teams had to celebrate remotely, something we’ve all become accustomed to in the 18 months.

We can’t be at the #OpeningCeremony in Tokyo tonight, but we are cheering from Sapporo!

Olympic soccer continues Saturday with all women’s teams in action. Men’s teams return to the pitch on Sunday. For more on how to watch the games, click here.