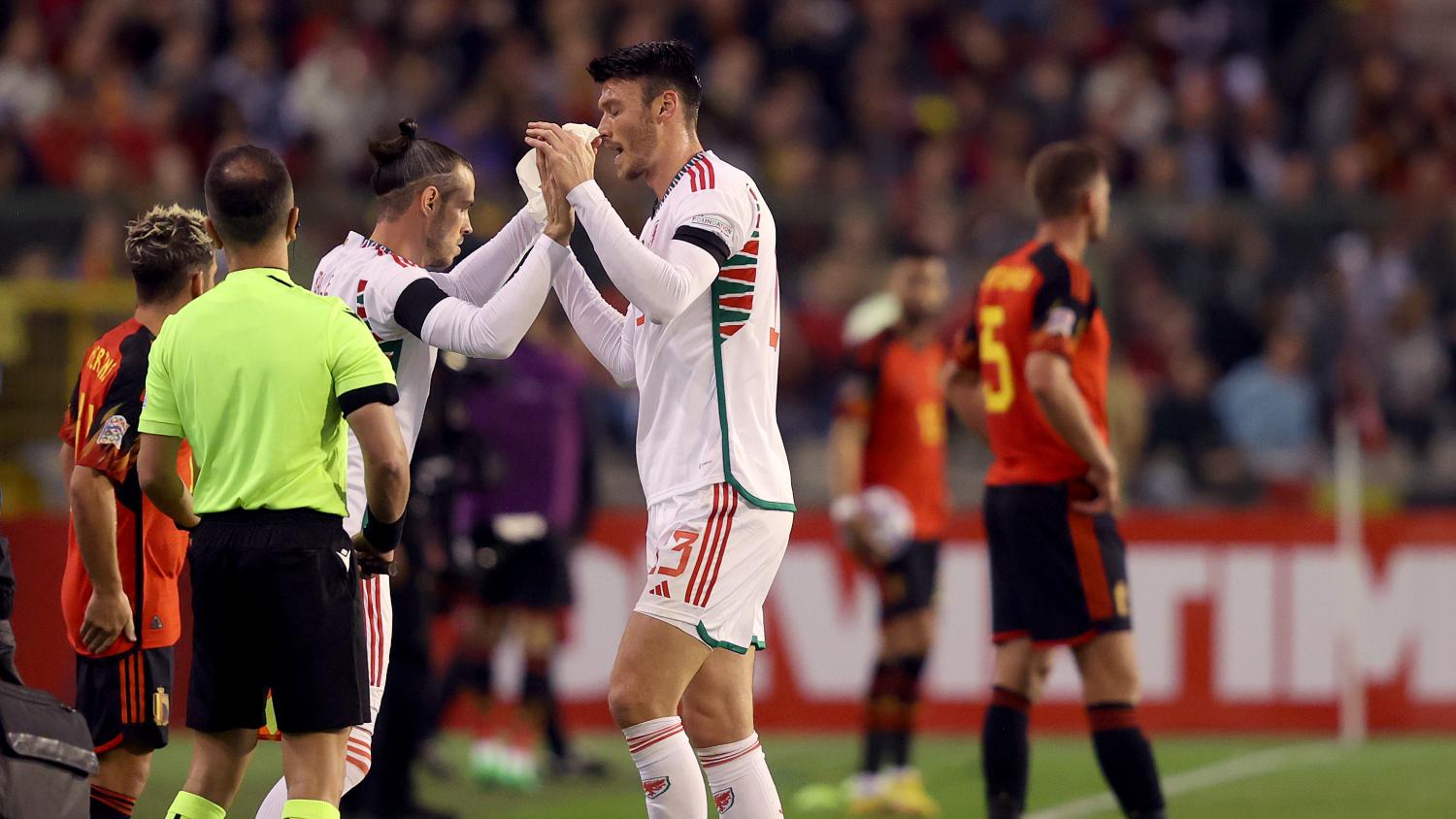 Height, jumping ability, desire — what makes for a great header of the ball and which players at the World Cup possess this intangible gift?
Getty Images

It's the 88th minute of a World Cup knockout stage game. Your country is clinging to a 1-0 lead and the pressure is mounting. After an extended period of play in your defensive third, the ball goes out for a corner kick.

You can finally take a breath, but who is this sauntering forward into the penalty area? It's the 6-6 center back who has barely left his half all game. His sizeable forehead and broad shoulders stand above the scrum forming in the 18. A pit grows in your stomach as you can almost see the scoreboard saying "1-1."

Moments later, your fears are confirmed; this intimidating defender rises above the pack and thumps home the equalizer as your side goes on to lose in a penalty kick shootout.

Few players can inspire this level of fear in opposing players and fans. And in World Cup games when the margin of error is so thin, the ability to finish chances — especially from set pieces — is paramount.

Which players inspire the most fear from these situations? Which foreheads carry with them the power of an entire nation? Let's examine the best heading threats at the World Cup.

The Best Heading Threats At The World Cup

Kieffer Moore's incredible journey from non-league to the Premier League has been predicated on one skill — scoring goals. More specifically, scoring goals with his head. Over the past six seasons, nearly 40 percent of his league goals have been headers.

How many strikers can make a 6-2 center back look tiny, as Moore does here?

After two prolific seasons with the New England Revolution (23 goals in 41 games, including 10 headers), Buksa earned a move to Ligue 1 side Lens. He has also become a regular for Poland at the international level, scoring five times in his first four international matches (albeit four against San Marino).

Being 6-3 is helpful, but it's his jumping ability — his capacity to hang in the air and create separation — that sets him apart.

Mitrović might be the shortest player on this list and he lacks the explosive leap of Buksa, but the Serbian striker more than makes up for it with his strength and his will to score. He has a better goal-scoring rate in international competition than Cristiano Ronaldo and during his record-breaking Championship campaign last season, 11 of the Fulham man's 43 goals were headers.

Mbabu floats in the cross and finds Aleksandar Mitrović with the fantastic header to give Fulham the win!

Not only is Weghorst prolific in the air, but he'll also run his butt off — holding up the ball on offense and pressuring on defense. His goal-scoring numbers don't jump off the page, but his combination of effort and desire is a scary combination for any backline.

How many sibling pairs can say they play international soccer for two different nations? In the Souttar family, older brother John plays for Scotland while Harry — who is five inches taller — features for Australia. The switch has worked out pretty well for the Stoke City center back, who scored six goals during qualification to help his mother's birth country reach the World Cup.

The pseudo-Aussie is still recovering from an ACL tear, last November, but he should be good to go for Australia's opening match against France on November 22.

The Leicester defender is not the most frequent goal-scorer, but he sure is an intimidating figure in the penalty area. He has a forehead that looks like it could smash through a brick wall and the facial expression that says he would be more than willing to do it.

Starting alongside Kalidou Koulibaly during Senegal's World Cup playoff victory against Egypt, the 6-6 Cissé provided the height to Koulibaly's brawn. He's scored headers in the Europa League against AC Milan and Arsenal — not the guy you want to leave unmarked on a set piece.

Height Between the Posts (Bonus)

With regular starter Predrag Rajkovic serving a red card suspension, the massive Vanja Milinković-Savić took his place between the posts for Serbia's most recent round of UEFA Nations League matches.

Milinković-Savić towers over Aleksandar Mitrović in Serbia's team photo before the match against Sweden — not an easy feat — and the Torino goalkeeper figures to be the tallest player at the 2022 FIFA World Cup. Get him up top on a 95th-minute corner and see what happens.