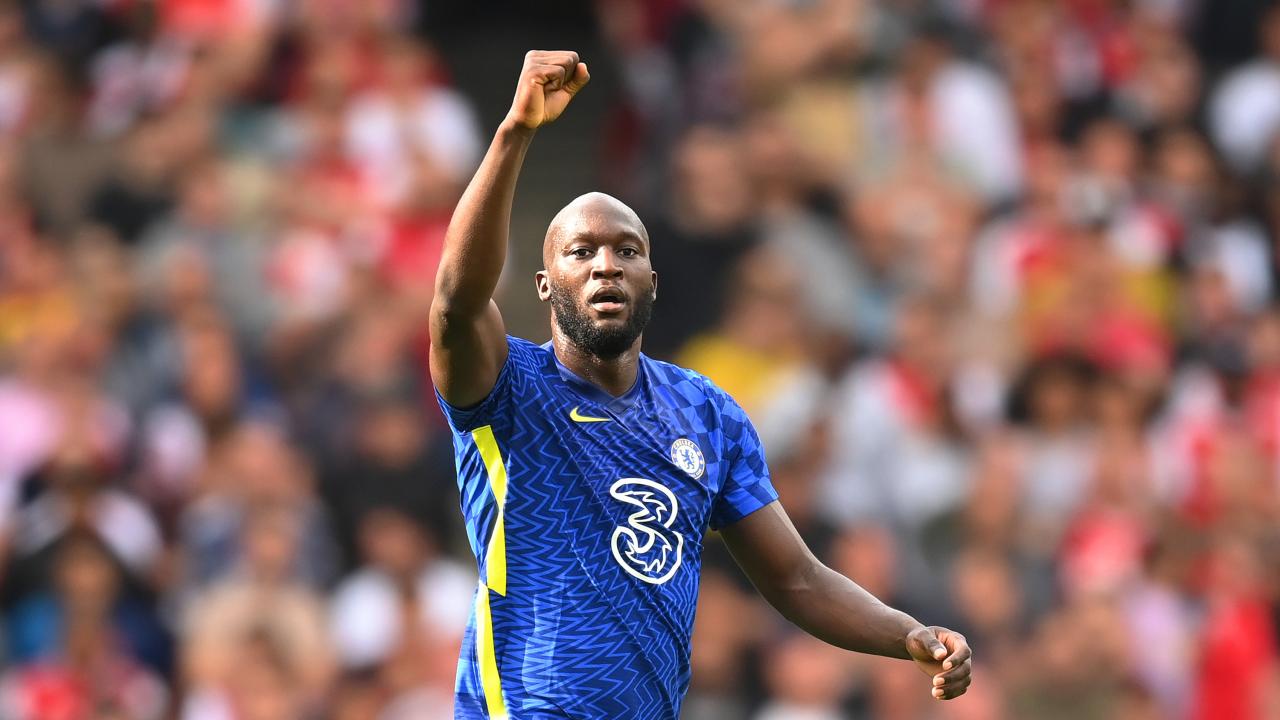 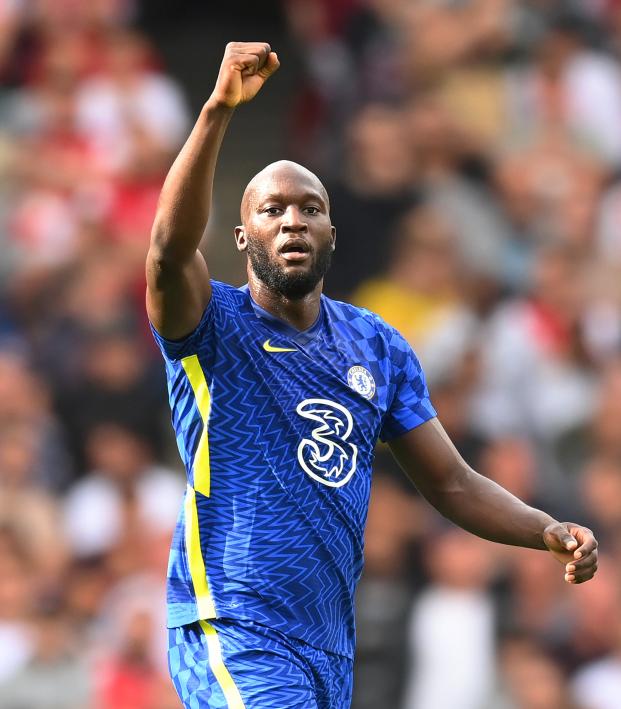 Consistent Finishers Or Mercurial Playmakers? Ranking The Best Strikers In The EPL

Back in 2014, a study found that a goal scored in the Premier League was worth around $2 million in prize money. Add the exponent of your choice to that figure, and you'll likely arrive at the value of a goal in the EPL today.

It's why a club like Newcastle would pay nearly $50 million for Joelinton (six goals in two seasons) and why Sheffield United shelled out $28 million for Rhian Brewster — who failed to score a league goal in 27 appearances last season.

Nothing in football is valued more than goals and the players that can score those goals. Yet as the previously mentioned strikers suggest, properly evaluating the effectiveness of a striker can be a difficult task, especially considering that a player like Jamie Vardy was purchased by Leicester for a mere one million pounds.

And in modern football, the value of a striker extends far beyond the goals he scores for his clubs (see Roberto Firmino).

Market values may lie, a player's impact on the pitch does not. Here are the current top 15 strikers in the Premier League.

Why Aren't They on Here? (Guys that spend more time on the wing than at striker):

The perfect way to start off this list is with a pair of players who each had 12 EPL goals and the exact same WhoScored? rating (6.84/10) last season. Ings will try to prove this year that his 22 league goals in 19/20 weren't a farce, while Iheanacho will attempt to build on a career year in which he also had three goals and three assists in the Europa League plus contributed four goals in the Foxes' FA Cup-winning run.

Watkins' 14 goals and five assists don't quite match the first season display of Leeds' Patrick Bamford, but they are still a very solid total for the former Brentford man to build on. With a year of Premier League season experience to his name, expect his goal totals to keep growing.

Here is a complete list of strikers with double digit goals in each of the last four EPL seasons:

Chris Wood stands out like a sore thumb on this list not only because he would fit right in on a League One pitch, but also because he competes for Burnley, a side that is not exactly known for its goal-scoring prowess.

But through the Claret's relegation scares and European forays (remember when he scored against Olympiacos?), Wood has been a bastion of consistency. Since joining from Leeds in August of 2017, the New Zealander has scored 46 times — accounting for 29.9 percent of Burnley's league goals during this period (trailing only Kane and Vardy on this list). The lad just knows how to score goals.

Werner might be the most difficult player on this list to judge, as his last two seasons have been the tale of two completely different players. During his final year in Leipzig, the German finished with 28 goals and eight assists in Bundesliga play, including three goals and three assists in an 8-0 demolition of Mainz.

Yet in his debut Premier League season, Werner was statistically the worst finisher in the league, scoring 5.9 fewer goals than expected based on his scoring opportunities. While he did tally eight assists and terrorize English backlines with his explosive pace, Werner was clearly not the same player that contended for the Bundesliga golden boot just a year earlier.

Five different injury spells meant that Martial missed a total of 20 matches for the Red Devils last season, preventing the Frenchman from repeating a fantastic 19/20 display, during which he totaled 17 goals in six assists in the league.

With so many flexible attacking options plus the $93 million addition of Jadon Sancho, Martial will face stiff competition for playing time at Old Trafford this season.

"He's not a Premier League quality striker," was the favorite line from EPL fans before the start of last season, yet Bamford managed 17 goals in his debut Premier League campaign— good enough for fourth in the league — while also adding seven assists (not to mention a slightly below average finishing rate).

Not bad for a player who spent five years on the books at Chelsea without making a first team appearance. Leeds appropriately gave him a five-year contract in the off-season, during which he has a better chance than most other strikers to move up this list.

Calvert-Lewin is the modern version of the prototypical English center forward: a goal poacher that is tall, strong, great in the air, but also capable of using his pace to beat defenders. Interestingly enough, FBref lists Chris Wood as the closest comparison to Calvert-Lewin in terms of their statistical profiles.

If there is one criticism of the Everton man, it is his lack of involvement in build-up play, as the 24-year-old only has three assists across his last three EPL seasons. Still, Calvert-Lewin has increased his goal total each year, reaching a career high 16 in 20/21. Should his finishing improve (1.7 fewer goals scored than expected since 2017/18), a 20-goal season is not out of the question this year — especially with goals in each of his first two league matches already.

Jesus is a curious case, because, despite being the only true striker on the Man City roster, Pep still started Ferran Torres — a natural winger — up top in week one against Spurs instead of his Brazilian center forward. This is especially perplexing considering Jesus has been a very good player during his time in England.

Despite coming off the bench in 40 percent of his EPL appearances, Jesus still has 50 goals and 21 assists in 132 matches for Man City — good enough for a goal involvement every 105 minutes. He excels both as a passer and as a dribbler, and he ranks in the 98th percentile amongst European forwards when it comes to interceptions — essentially making him the Man City version of Bobby Firmino. If only Pep gave him consistent playing time.

Lacazette has been an above-average finisher in all four seasons for the North London side, exceeding his expected goal total by 6.7 goals during his Arsenal tenure while reaching double figures in each of those campaigns. He isn't quite in that upper echelon of strikers, but the Frenchman is a very good attacking player that can be depended on.

A severe head injury prematurely ended his 20/21 campaign, but the Mexican international totaled 30 goals and 13 assists across his first two EPL seasons while barely missing a minute. With four goals in 10 matches last year he was on pace for another double-digit goal total, making him one of the most dependable strikers in the Premier League.

The Gabonese striker finished last season with a disappointing 10 league goals, but after consecutive 22-goal campaigns — including a golden boot in 2018/19 — it's fair to say that these struggles are more an indictment of the malaise of Arsenal as a whole.

Nevertheless, Aubameyang is still averaging better than a goal every other game for the Gunners. This season will test whether he can really perform for a less-than-top-class side.

He's not an elite goal-scorer — in fact, the only time the Brazilian led Liverpool in scoring was his debut season in 15/16, when his 10 goals helped Liverpool finish a disappointing 8th in the Premier League. Yet despite his finishing difficulties, Firmino does everything else you could possibly want from a center forward, and possibly even more.

He has never totaled less than six assists in an EPL season, he has elite off-ball movement, and he is one of the best defensive center forwards in the world.

The enigma that is Jamie Vardy has captivated audiences around the world since his breakthrough season in 2015/16. And like many of his Leicester teammates, including Kasper Schmeichel, N'Golo Kanté, and Rihad Mahrez, Vardy has ensured that that title-winning campaign was not an accident.

He is one of just seven EPL strikers during this period to reach the 20-goal plateau in a season — a feat he has accomplished three times — and only once has Vardy contributed fewer than 20 goal involvements in a season.

Even though his finishing was underwhelming last season (5.8 fewer goals scored than expected), he still scored 15 times, and his nine assists were the most in his Football League career. Now 34 years old, the Red Bull-chugging, former Stocksbridge Park Steels player is still one of the elite strikers in world football.

After a two-year hiatus from English football, Lukaku returns with a pair of 20-plus goal seasons and a Serie A title — representing the most productive seasons of his career. This is the same man who was labeled a disappointment at Manchester United despite 28 goals and seven assists in two seasons (this could only happen when playing on some weak Man Utd sides).

Asking whether Lukaku — who scored 25 times in his final season at Everton — can score at that same rate that again in the Premier League is frankly silly. He will score, and he will score at a frightening clip. And the only remaining question to answer will be whether he will score 20, 25, or 30 goals this season.

Kane's 23 goals and 14 assists last year were nearly identical to Lukaku's 24x11 statline, which means that the only real distinguishing factor between the two is Kane's slightly better

Kane has 15 or more league goals in each of the last seven EPL seasons — and the only two years in which he failed to score 20 times were when injuries caused him to make less than 30 Premier League appearances. The Englishman had 1.21 goal involvements per match in 2016/17, and that wasn't even the season he scored 30 goals (17/18).

The most damning evidence of all is Harry Kane's goal involvements during this period. Since the start of the 2014/15 season, Kane is averaging 0.89 goal goals+assists/match, while Lukaku averages just 0.74. Even if you look at the last three seasons — an injury-riddled period for Kane — he still comes out on top (0.84 to 0.81). The choice for the top striker in the Premier League is clear: it's Harry Kane.