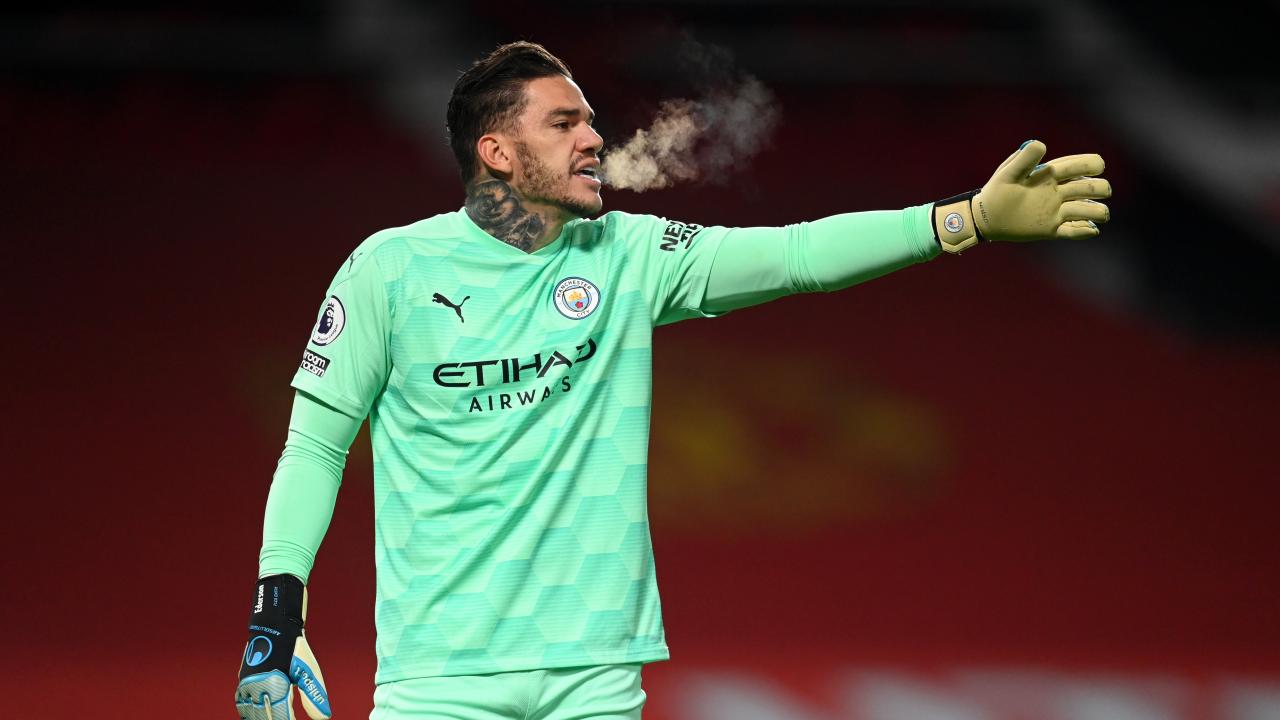 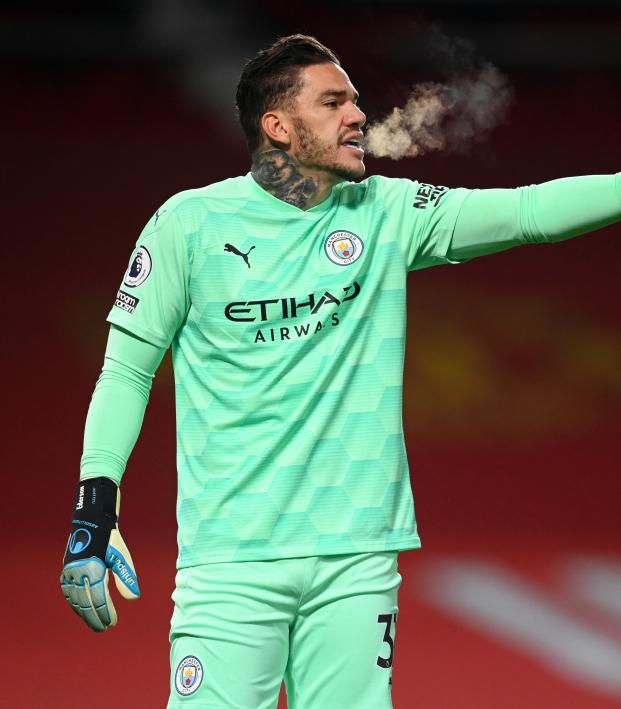 Life as a goalkeeper is difficult. A keeper can have fantastic game, but if one ball gets past them, they receive all of the blame.

Stats like goals against or save percentage have been used haphazardly to evaluate goalkeepers for years, but they fail to paint the whole picture.

For instance, if a goalkeeper plays behind a good defense they will be expected to allow fewer goals. Conversely, if opposing teams keep hitting top-corner screamers, the keeper allows goals that they can do little to prevent.

Here is where a great stat called Expected Save Percentage comes into play. This stat calculates the difficulty of the shots a goalkeeper faces, based on variables such as shot placement, velocity and distance (among others), to determine the likelihood that an average goalkeeper will save that shot. This calculation is then applied to every shot a keeper has faced over the course of the season.

Luck can still come into play over a short period of time, but during the course of a season or two, we can expect a good goalkeeper to save a higher percentage of shots than their Expected Save Percentage and a worse goalkeeper to have a lower percentage.

In this visual showing of Expected Save Percentage for the 2020-21 Premier League season, the better the goalkeeper, the higher he is on the graphic.

#PremierLeague shot stopping performance:#Sanchez has been so good I may have to extend the graph!#Ederson, #Lloris, & #Pope have been consistently class#DeGea is now conceding more than an average shot stopper!#Patricio is the only GK who is way under performing  pic.twitter.com/Vft8LJWhAA

Our good friends over at FBref and StatsBomb have also developed an advanced comparison tool that allows us to see how a goalkeeper (or any player) compares to other players in top 5 European Leagues over the past 365 days.

This scouting report ecompasses every player from the English Premier League, LaLiga, Serie A, Bundesliga and Ligue 1.

Using these tools, we can get a pretty good idea of how good each goalkeeper is.

After two miserable seasons in London, the world's most expensive goalkeeper has been replaced in the Chelsea lineup by Edouard Mendy.

Since joining Everton in 2017, Pickford has one average season (17-18), one good season (18-19) and two poor years (19-20 and 20-21). Pickford might be the most explosive keeper in the league, but inconsistent technique is his biggest let-down, which caused him to be dropped from the Everton starting XI for the first time this year.

On paper, Patricio's goals allowed and clean sheet stats look good, but in reality, Patricio has been the worst keeper in the league this year in terms of expected goals. The Portuguese keeper has allowed 5.1 more goals than expected so far this year, worst in the league, plus he ranks last among keepers in Europe's "Big 5" leagues in defensive actions outside the penalty area.

Given the difficult job of toiling behind Newcastle's porous backline, Darlow has been bright at times but can't match the talent of Martin Dúbravka between the sticks.

Another promising English goalkeeper, Ramsdale has endured very difficult campaigns with relegation candidates each of the past two years. He does have the longest goal kicks in the EPL though.

McCarthy had a career year last season, but in truth he has underperformed in expected goals prevented in his other three seasons with Southampton.

A solid keeper, Fabiański has been unable to match the sensational form he showed in his first season with West Ham in 18-19.

Ryan has alternated good and poor seasons during his Premier League career, with this year being the latter. After losing his Brighton starting job to Robert Sánchez in December, Ryan went out on loan to Arsenal.

Prior to last season, Sánchez had never played above the League One level. But in 12 matches this season, the Spaniard has been nothing short of exceptional, notching five clean sheets and demonstrating superior shot-stopping ability. Only a small sample size is holding him back.

No keeper in England's top flight even comes close to the number of shots Johnstone has faced this season. But to the Englishman's credit he stood tall; the advanced stats show he has saved 1.7 more goals than expected.

Since joining Chelsea in September, Mendy only trails Ederson in clean sheet percentage. But this shouldn't come as a surprise as Chelsea's expected goals against total has been less than one goal in 14 of 19 matches he has played in. Advanced stats show that Mendy's shot-stopping has been right in line with expected figures.

How has #Mendy performed so far in the #PremierLeague for #Chelsea?

While he’s not been able to reproduce his #Ligue1 performance levels, he’s still improved #Chelsea dramatically as he’s performed at an average #PL GK’s level while #Kepa was costing #CFC ~3 goals every 7 games! pic.twitter.com/vXilW5v0wI

The youngest player on this list, the 20-year-old Frenchman has been a pleasant surprise this year. Meslier is good with his feet and ranks in the 84th percentile among keepers in Europe's "Big 5" in shot-stopping, despite facing the second-most shots on target in the league.

Henderson was very impressive on loan with Sheffield United last season and is now back in Manchester as De Gea's backup. He has made 10 starts for the Red Devils in 20-21 — eight of them in cup games.

I was surprised when Fulham signed Areola on loan from PSG this year given that incumbent Marek Rodák was arguably the best keeper in the Championship last season. But the Frenchman has been splendid in London — only Nick Pope has prevented more goals than expected in 20-21.

Guaita has come down to earth a bit after a fantastic 19-20 campaign in which he trailed only Dubravka and Lloris in terms of outperforming expected save percentage, but the Spaniard is still dependable between the posts.

The Slovakian shot-stopper has been impressive since joining from Sparta Prague for just $4.4 million in 2018. He led the league by preventing 10 more goals than expected last year, but injuries have kept him out so far this season.

Known for his astonishing saves, de Gea has cooled off a bit after his scintillating 17-18 season, slightly underperforming this season in terms of expected goals conceded. Between 2015 and 2018 he was named to the EPL Team of the Year an astounding four years in a row, but he's struggled in recent years defending crosses and acting as a sweeper. While still a top keeper, de Gea's errors are starting to outshine his acrobatics.

At the time of writing last June, Martínez was still five days from replacing the injured Bernd Leno. Since then, the Argentinian has been one of the best goalkeepers in the Premier League, earning clean sheets in nearly half of his matches and allowing 0.29 goals fewer goals than expected, good enough to put him in the 98th percentile of European keepers.

Pope struggled last year after missing the 18-19 campaign to shoulder injury, but has been fantastic this year both in terms of stopping shots and claiming crosses. Pope has prevented 6.5 more goals than expected and has gathered a higher percentage of crosses than any Premier League keeper. He should be the candidate for the England starting spot at Euro 2020.

A stalwart in Leicester's goal, the Foxes captain and is a key reason why they are currently third in the EPL. After a couple of down years following Leicester's 15-16 title-winning campaign, Schmeichel has re-established himself as an elite keeper..

The German has quietly been outstanding in the Gunners goal, outperforming his expected save percentage in all three of his Premier League seasons while playing behind a leaky Arsenal defense.

The sure-handed Brazilian has consistently been a phenomenal shot-stopper during his two seasons in the Premier League. His decision making and sweeping abilities allow Liverpool to play the high-pressing defense it thrives on, while the Brazilian also is a superior claimer of crosses. The only thing holding him back this year is a handful of uncharacteristic mistakes. Unfortunately, these mishaps have been enough to knock him from the top spot.

Lloris has faced harsh criticism at times for his errors in goal, but in terms of pure shot-stopping the World Cup-winning Frenchman might be the best in the world. Lloris has established himself amongst the EPL's elite, greatly outperforming his expected save percentage three years in a row. If he has one weakness, it is dealing with crosses, as he ranks in the 2nd percentile for claiming crosses.

Brazil's No. 2 has been an EPL star since joining from Benfica three years ago, conceding less than a goal per game each season and leading the league in clean sheets over this span. He is known for his inch-perfect distribution, and his athleticism allows him to regularly pull off top-bin saves. City's infallible backline has ensured that Ederson has made less than two saves/game, but the Brazilian still exceeds his save percentage by around six percentage points — vaulting him into first place in our rankings.