All 5 goals from Arsenal vs. Manchester United, ranked 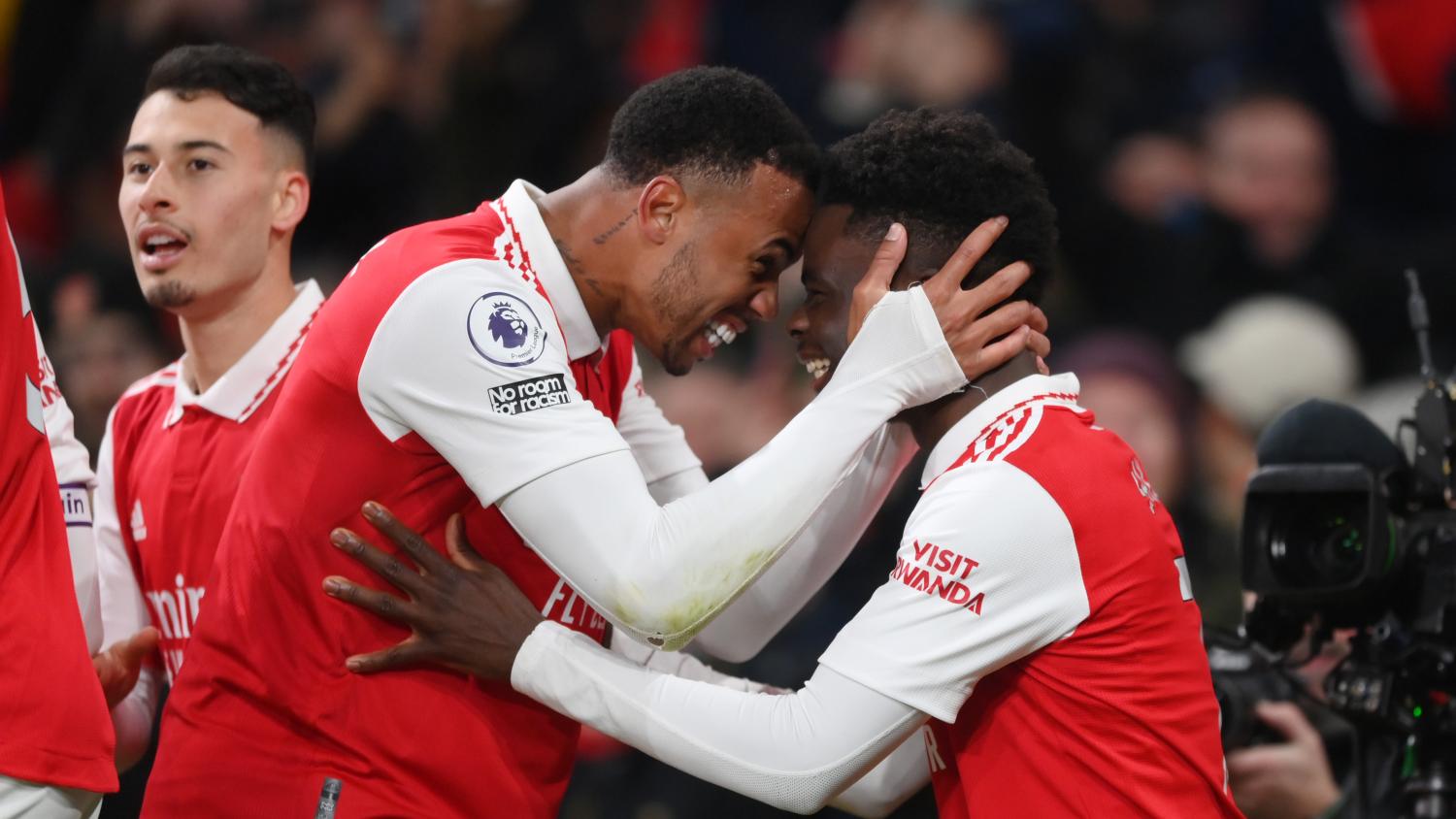 That was an instant classic in the storied rivalry.
Getty Images

They promised us the good old days when league-leading Arsenal welcomed third-place Manchester United to the Emirates on Sunday; a bit of blood and thunder of the Roy Keane-Patrick Vieira, Ruud van Nistelrooy-Martin Keown variety that's been largely lacking over the last 15 years of this rivalry.

Well it was just like old times with the Gunners taking the majority of possession and menacing throughout but United looking no less virile when they thundered forward on the counter (although the presence of Wout Weghorst does take some of the glamor away).

This was nicely worked on Arsenal's left with Granit Xhaka, Oleksandr Zinchenko and Martin Ødegaard combining before Xhaka broke out wide and put in the perfect cross for Nketiah to attack.

Trailing 2-1, Marínez — already wearing a bandage — goes down low for a stooping header that he manages to flick over a mass of Arsenal bodies and under the crossbar.

We are TIED AGAIN!

Everyone saw this coming once Saka took possession, and United thought they'd done enough with two defenders converging on the 21-year-old some distance from goal and three other guys poised to make a block in the area.

Bukayo Saka for the LEAD!

What Rashford did to Thomas Partey here is just mesmerizing, and then the finish was pure power — laces straight through the ball — from long-range. This opening strike set the tone for the rest of the game.

There's some fortune as Zinchenko's ball is met by Ødegaard before popping to Nketiah, but this is a flick we could be seeing for a long time: Arsenal reaches the halfway point of the season with 50 points from 19 games (16W, 2D, 1L). That's good for a five-point leader over Manchester City with a game still in hand.

The Emirates was shaking.

Eddie Nketiah comes through in a MASSIVE way.