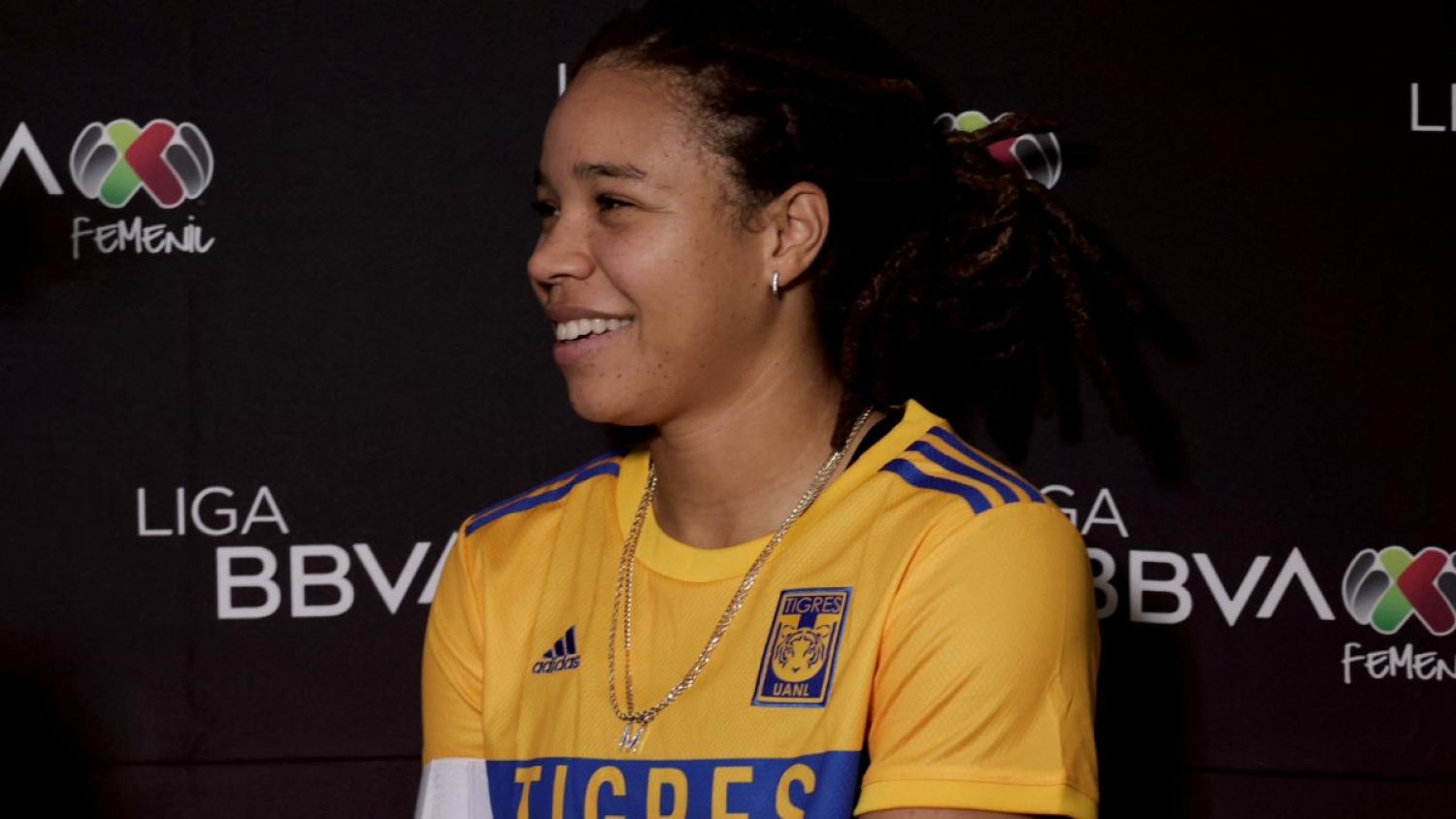 The Tigres UANL forward will face Club América for the title.
Tigres Femenil

Tigres fans love American forward Mia Fishel. Or 'the Big Fish', as she is called. And the reason is pretty simple: she doesn't stop and won't stop scoring goals.

Fishel was recently crowned as Liga MX Femenil's top scorer during the Apertura 2022 regular season with 17 goals. And the feat is not minor because she became the first non-Mexican player to do it.

I would like to dedicate my achievement to my family, team, and management group for their everlasting support and belief in me. The best is yet to come as we head into the Apertura 2022 playoffs and championship run. I have no doubt we are capable of securing a 5th championship! pic.twitter.com/DEJwvXyufM

During the playoffs, Fishel bagged three more goals and fans expect her now to keep them raining in the tournament's final against Club América.

On the media day before the final, Fishel appreciated the love and shared her thoughts about the chance of becoming a champion in Mexico.

"I feel amazing. It's a lot of feelings, you know, closing this year knowing that I came to Mexico [for something] that was different," she said. "And I'm glad for all the hard work for this team, and getting to know each player has been amazing, so I'm super excited to have this opportunity."

Fishel came to Tigres at the beginning of 2022 after playing for the UCLA Bruins and snubbing Orlando Pride, the team that had picked her up in the 2022 NWSL draft.

The expectations around the final are set high. Fans have been supporting both teams in the streets and the league expects 100,000 fans in the stands. To clarify, that's considering the two games in the series.

Historically, Tigres is the most laureated team in Liga MX Femenil, with four titles. However, Monterrey and Chivas stole their thunder in the last two tournaments.

Of course, Las Amazonas want the glory again – with Fishel as an essential piece – but the job will not be easy.

Las Águilas have won just one title in the past, which was against Tigres in the Apertura 2018.

The title will be decided in two games.

Zona TUDN will broadcast both games on the VIX+ app.