Saudi defender reveals what he said to Messi in heated exchange 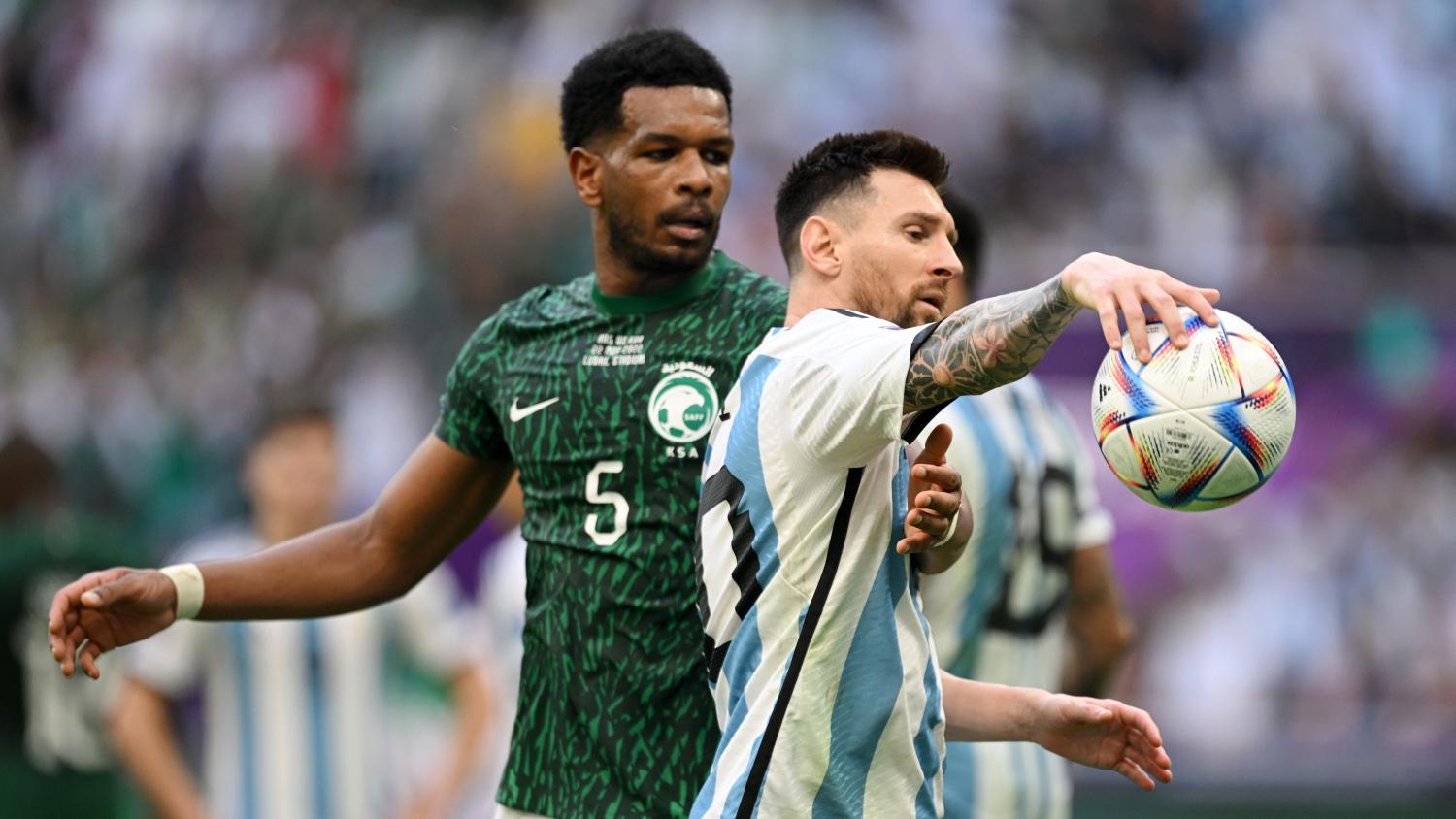 Ali Al-Bulayhi was so bold and so right.
Getty Images

Saudi players were pumped up after Salem Al Dawsari scored the goal that stunned Argentina in their World Cup opener. So high was the rush that seconds after bagging the goal, defender Ali Al-Bulayhi went to Lionel Messi to taunt him.

Despite Al Dawsari's goal coming in the 53rd minute and the fact there was still a lot of time in the clock ahead, Al-Bulayhi was so confident his team would secure the victory that he approached Messi, patted his back and unleashed a few words that left the Argentine player bemused.

Al-Bulayhi was so aggressive in the delivery that the ref booked him.

Obviously, people immediately started to wonder what Al-Bulayhi had said to Messi that deserved a yellow card.

And there was no need to wait an eternity to solve the mystery. Once the game ended, the Saudi defender spoke about the incident, revealing the content of the conversation. Or monologue, rather say.

Al-Bulayhi's performance was praised by Saudi fans. Besides the word exchange with Messi, the player led the backline in a win that will be unforgettable for the Asian nation.