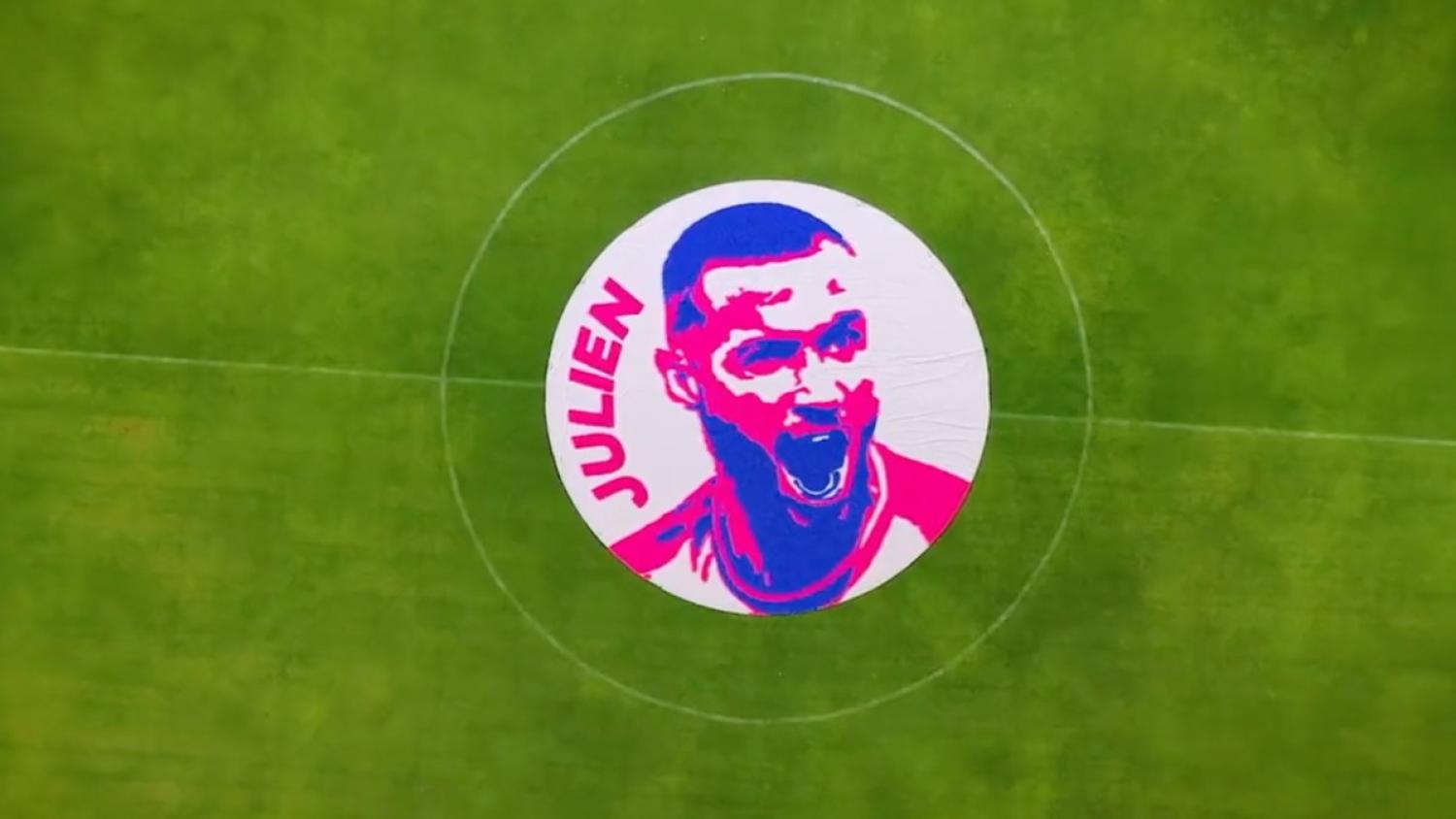 The caps are going to be recycled and will serve a good cause.
Club León

León creates a portrait of its new player with 81,000 plastic bottle caps

What Julien Célestine has in common with so many plastic bottle caps? Nothing. However, Club León decided the best way to unveil his name in front of the fans was to create a gigantic portrait of Celéstine in the middle of the Nou Camp Stadium, using those darn thousands and thousands of caps.

And — obviously — they decided to record it on a video.

In the clip, León shows the creation process while Célestine explains what is behind the idea, which at the end of the day, will serve a very good cause.

"Hi, I'm Julien Célestine. The 81,000 plastic bottle caps used by the club to portray my face in the center of the field will be donated and recycled to help children with cancer," he said — so there is no need to be worried about a colossal waste of resources.

Who is Julien Célestine?

Before receiving León's call, Célestine was playing for Rodez AF, a team in the French second division. Last year, the defender played 30 games, scoring two goals and putting one assist under his name.

Born in Paris and a product of Toulouse's youth academies, the French player also had short stints in the Belgian and Latvian leagues. More Célestine facts?

Célestine is the second French player in León history after Amara Simba, a forward who came Liga MX in 1997 and scored three goals in 15 games before leaving.