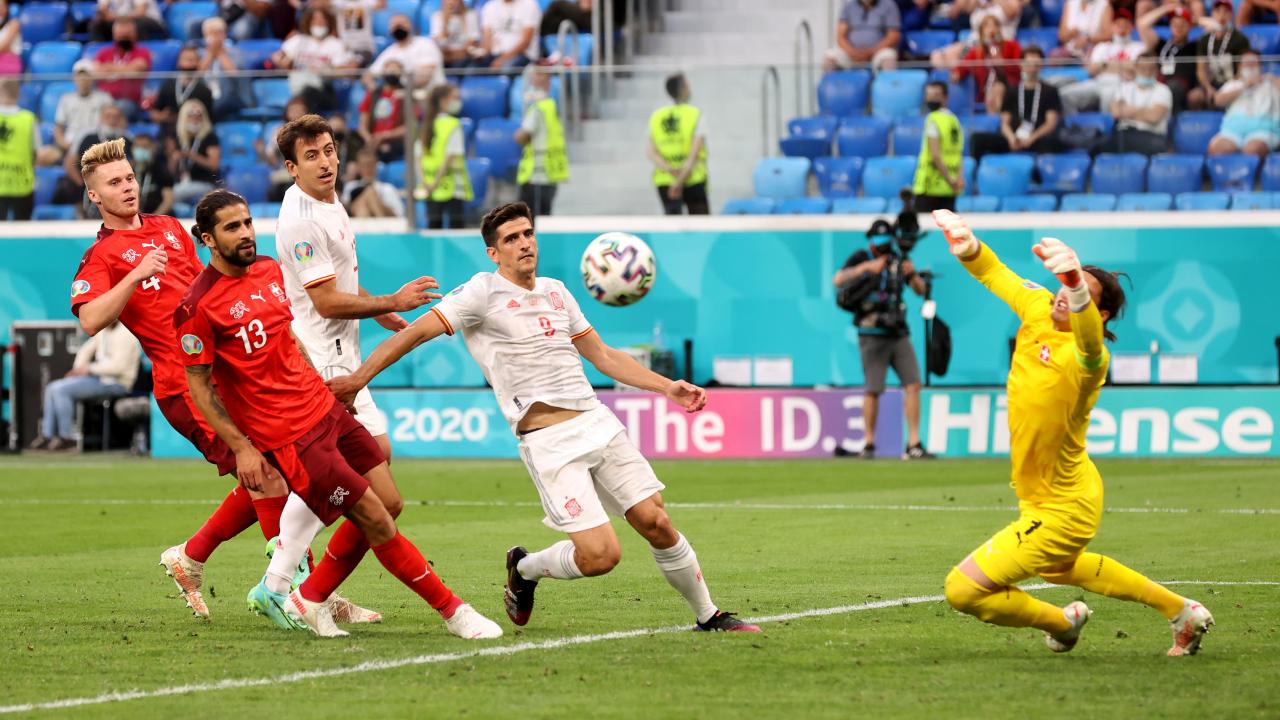 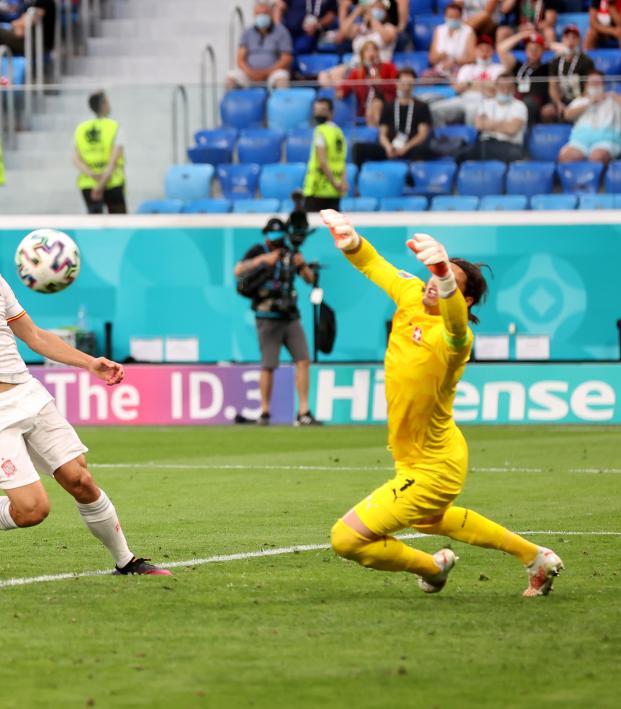 Travis Yoesting July 2, 2021
Spain won on the night, but Yann Sommer was the player of the game.

Switzerland ran out of gas in a shootout defeat to Spain in the Euro 2020 quarterfinals on Friday. The Swiss had two tame penalties saved and a third blasted into the stands as Spain won the shootout 3-1 after a 1-1 draw in regulation. But take nothing away from the performance of goalkeeper Yann Sommer, who valiantly gave Switzerland a chance with nine saves.

Sommer, one of the more underrated keepers in the world, received acclaim for denying Kylian Mbappé’s shootout attempt in the Round of 16. He’ll receive countless more plaudits for her performance on Friday, win which he — with the help of Manuel Akanji and Nico Elvedi in front of him — repeatedly repelled the Spanish attack.

Switzerland was under a barrage of Spanish attacks after a 77th-minute red card to Remo Freuler. Extra time was spent almost entirely in Switzerland’s defensive third as Spain peppered Sommer’s goal with shots. Sommer finished the night with nine saves, giving him a tournament-best 21 overall.

The best save of the game came in the 101st minute, when Sommer denied Gerard Moreno from point-blank range, helping send the match to a shootout.

Yann Sommer Save vs Spain

Yann Sommer is making saves with his face now pic.twitter.com/de6381NCmZ

Whether it went off his face or he got his hands up in time, it was a remarkable stop when it appeared easier for Moreno to score than miss. The save helped ensure the match went to the shootout.

Unfortunately for Sommer, his teammates couldn’t convert in the shootout.

After going 5-for-5 in the shootout win over France on Monday, the Swiss were far from clinical from the spot on Friday. Mario Gavranovic scored Switzerland’s first attempt after Sergio Busquets hit the post, but defenders Fabian Schär and Manuel Akanji each placed tepid shots way too close to Unai Simón, who made two big saves. Although Sommer made yet another shootout save on Rodri, Ruben Vargas sent his shot toward Row Z and Mikel Oyarzabal capped off the win by sending Sommer the wrong way.

It’s a tough way to go out for Switzerland, while Spain will just be happy to survive and advance to the semifinals, where it’ll face either Belgium or Italy. The Swiss, who were in a quarterfinal of a major international tournament for the first time since the 1954 World Cup, had to travel more than any other team in the tournament and, thus far, have played more minutes than any other team.

Spain took the lead in the eighth minute through the 10th own goal of the tournament, which is one more own goal than was scored in every prior Euro combined. Jordi Alba unleashed a wicked volley that Sommer appeared to have in his sights until a deflection off Denis Zakaria sent it into the back of his net.

Own goals at Euro 2020 now own the record for most goals at a single tournament, passing France’s Michel Platini’s nine scored in 1984 — not that the record counts that way, but it highlights the wild nature of this tournament.

Switzerland’s road to a comeback took a hit when forward Breel Embolo, one of the Swiss’ top offensive threats, went down injured 20 minutes in. Combined with captain Granit Xhaka missing due to yellow card accumulation, the Swiss were playing shorthanded.

While Spain, unsurprisingly, had about twice as much possession as Switzerland, the Swiss actually looked more threatening after the opening goal. Spain appeared comfortable with its 1-0 lead until Switzerland found a deserved equalizer in the 68th minute when a mix-up from Spain defenders Aymeric Laporte and Pau Torres allowed Xherdan Shaqiri to sneak a shot just inside the far post.

The key refereeing decision that will long be discussed in Europe came in the 77th minute. Remo Freuler, the Atalanta midfielder who has been excellent this summer, was shown a straight red card by English referee Michael Oliver.

The challenge wasn’t great, but a red seemed harsh, especially given the magnitude of the situation.

Despite the red card, Switzerland held on to force a shootout thanks to Sommer’s superb night.