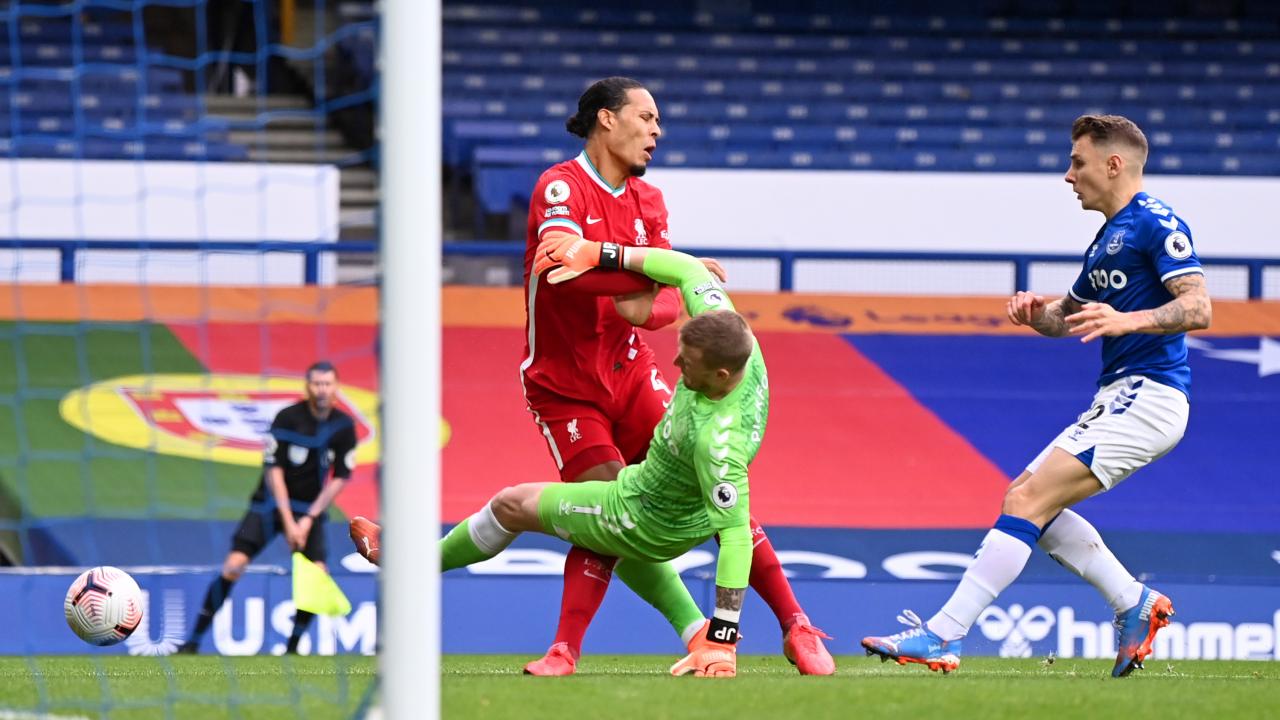 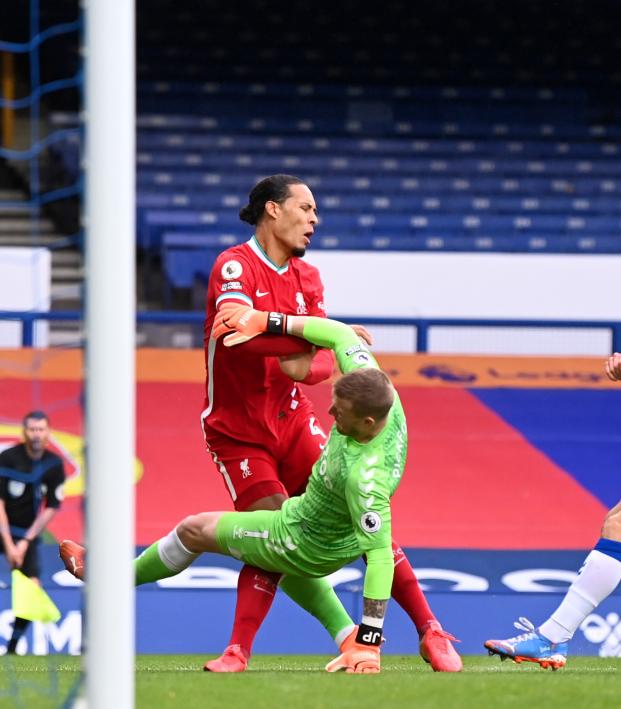 Travis Yoesting October 17, 2020
It was a game-changing decision. Was it the right one?

Liverpool started Saturday’s Merseyside Derby with a the verve, power and intensity of being the best team in the world and wanting to make damn sure it was the best team in its own city. The Reds took a lead inside four minutes and looked like they could score half a dozen before halftime. Then came the Virgil van Dijk injury, which completely shifted the direction of the match and, possibly, Liverpool’s season. But should it have been a red card on Everton keeper Jordan Pickford?

Five minutes into the match, Fabinho recycled a corner kick with a looping cross toward the back post. Van Dijk and Pickford met the ball at nearly the same time, with the goalie clattering into the opponent’s leg with a meaty challenge. Van Dijk’s plant leg buckled back awkwardly, and the towering Dutch defender hobbled off the pitch injured and would not return.

Virgil van Dijk Injury Sequence — Was It A Red Card?

The assistant referee had raised his flag, so Michael Oliver called offside and Pickford breathed a sigh of relief. The issue was taken to VAR, which did not change the ruling, deeming van Dijk offside.

Did the refs get it right on the Virgil van Dijk injury? By the letter of the law, yes.

According to IFAB’s laws of the game, if an offense is committed against a player in an offside position who is already playing or attempting to play the ball, the offside offense is penalized, not the foul. Had the challenge been half-second later and Pickford had fouled VVD before the ball arrived, the foul would have been issued on Pickford, who honestly probably would’ve been sent off for the severity of the foul.

“An offence is committed against a player in an offside position who is already playing or attempting to play the ball, or challenging an opponent for the ball, the offside offence is penalised as it has occurred before the foul challenge.”

Liverpool fans will feel aggrieved by the decision, but it was the correct call by the officials, backed up by the VAR. Van Dijk touched the ball before he was fouled, meaning the play was dead before Pickford crushed VVD’s leg.

Those who believe in karma will have seen Everton captain Seamus Coleman going out with injury and feel things evened out. I see van Dijk’s history of being a bruising center back with no regard for his opponent’s health (he had already been called for two cynical fouls less than five minutes in) catching up to him. Either way, you hope it’s not a serious injury.

Perhaps most vitally to the outcome of the match, Pickford was able to stay in the game. The Everton keeper came up with a few stunning saves to keep his side in the match.

Ultimately, Everton held on for a wild 2-2 draw. Richarlison was sent off for an awful challenge late and Jordan Henderson thought he had scored a late winner but for a negligible offside call, one that was far more controversial than the one on the Virgil van Dijk injury.