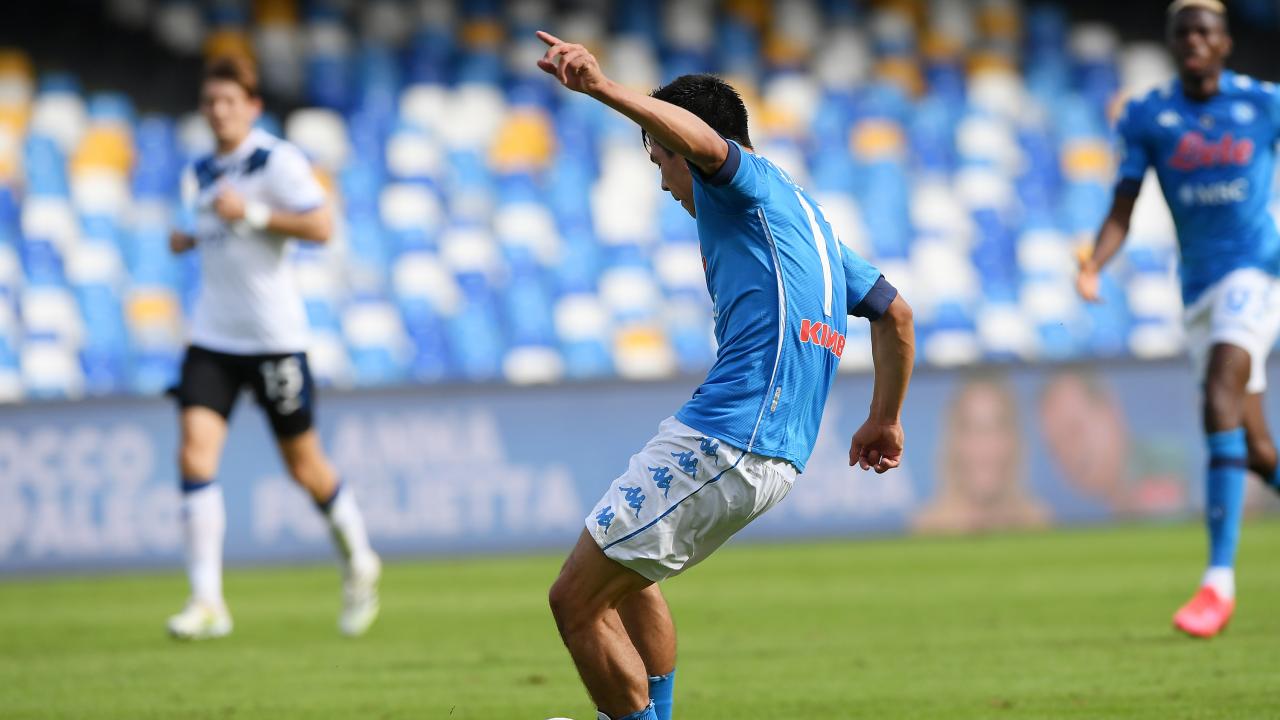 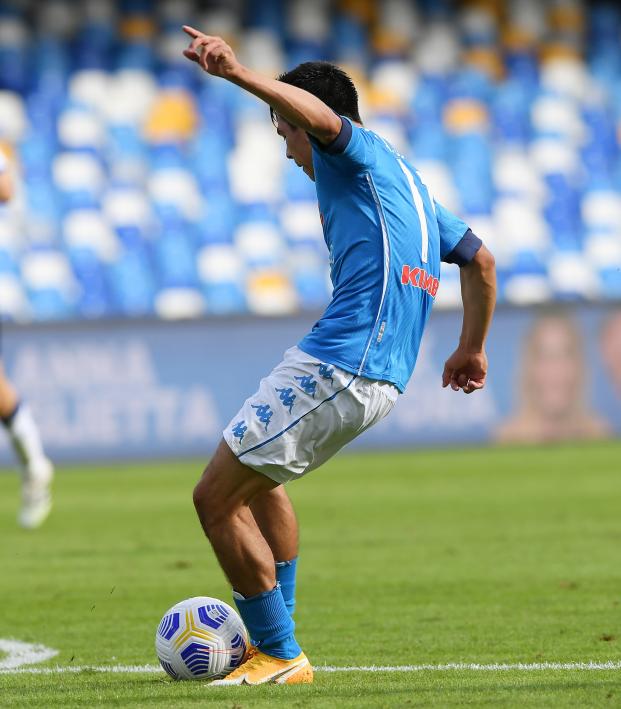 Travis Yoesting October 17, 2020
The Mexico international is off to a great start to the new campaign.

Napoli hosting Atalanta was always going to produce plenty of goals, with two of Italy’s most electric offenses meeting at the San Paolo Stadium on Saturday. We just didn’t think they’d all be from one club in the first half, including two Chucky Lozano goals vs Atalanta.

Napoli took a stunning four-goal lead over Atalanta at halftime, with Lozano netting two goals in quick succession to send the home side on its way. Matteo Politano and Victor Osimhen also scored as Gli Azzurri made a big statement with a 4-1 win in their first match since being handed a 3-0 defeat and one-point deduction for failing to show up for their match against Juventus two weeks ago.

Lozano opened his 2020-21 account with a brace against Genoa in Napoli’s last match back on Sept. 27. He doubled that tally within 27 minutes on Saturday.

The opener wasn’t anything you’d write back home to Mexico City about. The former Pachuca winger just happened to be in the right place as the ball hit off him and bounced slowly into the back of the net.

Sure, it was softer than my cat’s adorable head, but they all count the same.

Lozano didn’t rely on power for his second, either, but used a delicate touch to expert effect, guiding a shot into the far corner four minutes after his first.

Now that’s the Concacaf star we know and love.

Here are the Chucky Lozano goals vs Atalanta once more in case the above videos don’t work for you.

It's the Chucky Lozano show!

He already has a double and has now scored four goals in an 82-minute span for Napoli  pic.twitter.com/SF8sPOEIp6