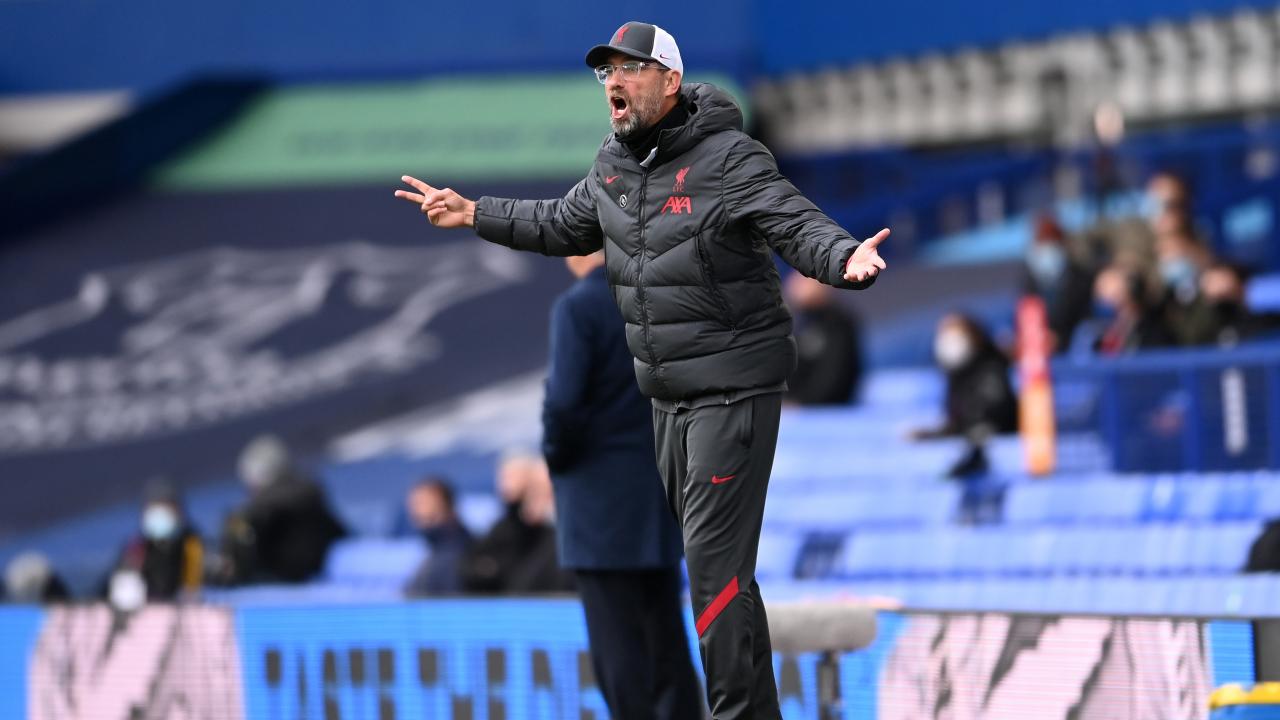 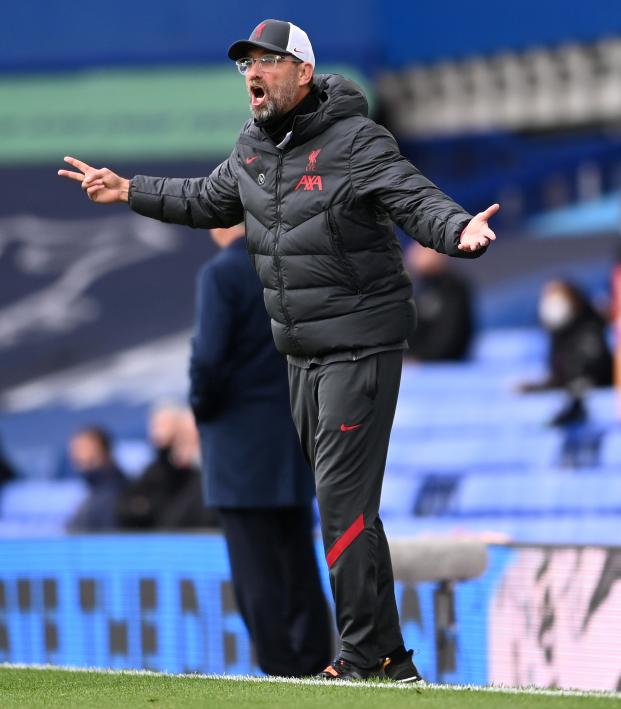 Reuters October 17, 2020
Liverpool was held to a 2-2 draw with Everton with VAR taking a key role.

LIVERPOOL, England — Champion Liverpool was frustrated by VAR as it was held to a 2-2 Premier League derby draw with Everton at Goodison Park on Saturday after a late effort from Jordan Henderson was ruled out.

Everton remained top of the table on 13 points, three ahead of Liverpool, after an incident-packed end to the 237th Merseyside derby.

The game was locked at 2-2 after Dominic Calvert-Lewin's 10th goal of the season in all competitions had brought Everton level in the 81st minute.

But in stoppage time, Thiago Alcantara found Sadio Mane with a clever pass and the Senagalese's low cross was turned in by Henderson, only for VAR to find the narrowest of offsides.

To add to Liverpool's disappointment, they suffered an injury to key defender Virgil van Dijk, which forced the Dutchman out of the game in the 11th minute.

Liverpool were humiliated 7-2 by Aston Villa just before the international break but they quickly set about putting things right when Mane scored in the third minute, firing home a low cross from Andy Robertson.

Liverpool make it look so easy.

Liverpool suffered a blow eight minutes later when defender Van Dijk went down and had to be substituted after a reckless challenge from Everton keeper Jordan Pickford.

Everton took advantage of the Dutchman's absence, when, from a corner, Michael Keane rose at the near post to power a header past Adrian.

Liverpool were on top for long stretches and Mohamed Salah restored their lead in the 72nd minute, pouncing on a headed clearance from Yerry Mina and drilling a drive past Pickford for his 100th goal for the club.

But Everton, determined not to lose their unbeaten record, got back on level terms when James Rodriguez sent Lucas Digne down the left and his perfectly floated cross was headed home by the leaping Dominic Calvert-Lewin.

Everton's Brazilian forward Richarlison was sent off in the 90th minute after a wild challenge on Thiago Alcantara.

Richarlison is sent off for this challenge on Thiago. #MyPLMorning pic.twitter.com/YxxYo68zk7

"I've seen the disallowed goal at the end and in the picture I saw it wasn't offside. Can someone explain that to me?" the German said.