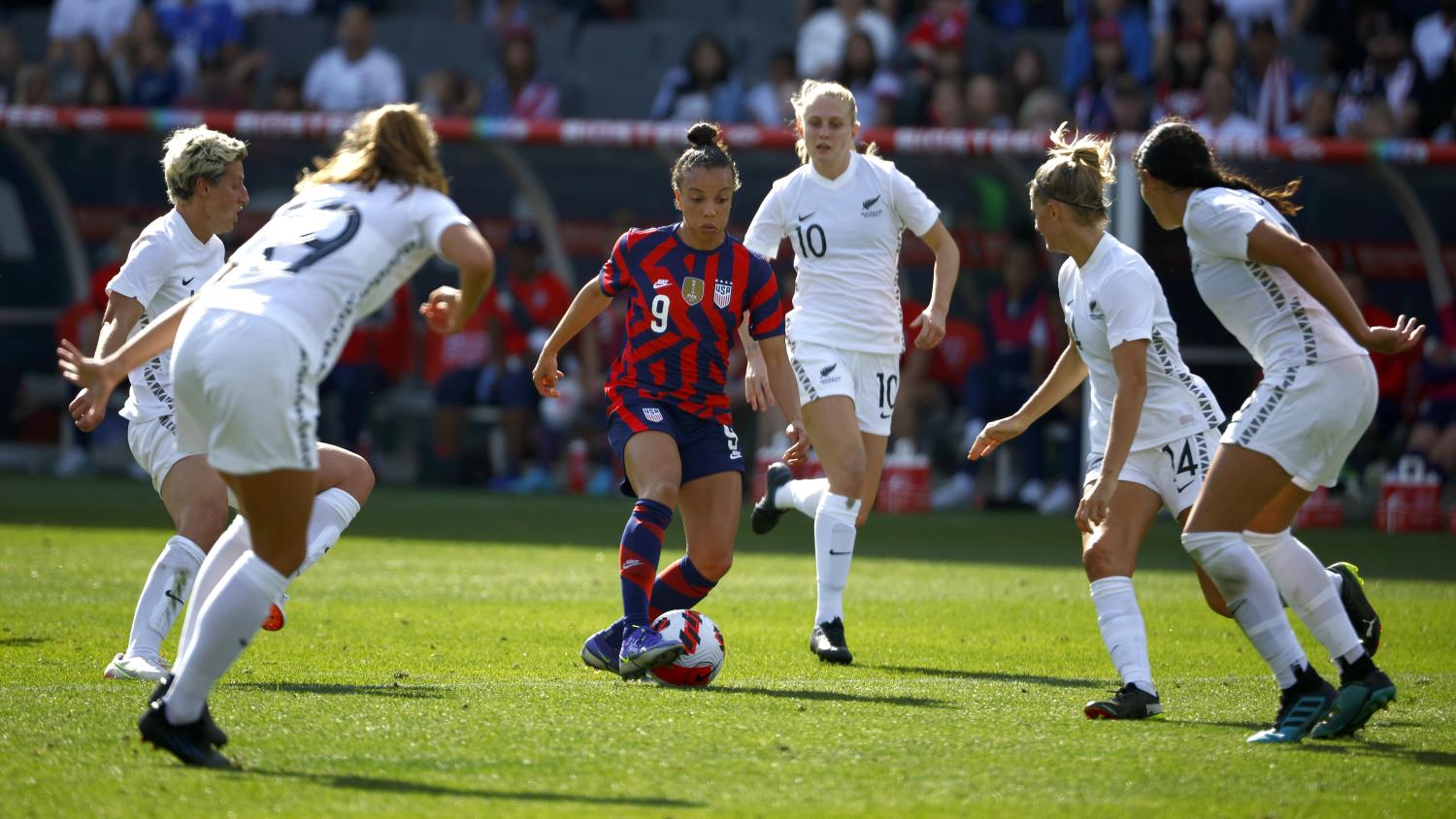 Over 10,000 will watch the Football Ferns take on the world champions.
Getty Images

When the USWNT plays New Zealand in a friendly Tuesday night at Sky Stadium in Wellington, they'll do so in front of a record crowd that foreshadows how the Americans will become the locals' second-favorite team once the World Cup kicks off in July.

Over 10,000 people are expected for tonight's friendly, the first of a two-game series between the Stars and Stripes and Football Ferns with the second match scheduled Friday at Eden Park in Auckland.

The main priority for Vlatko Andonovski's U.S. side is to get comfortable in the surroundings with the team playing all its group stage matches in New Zealand (two in Auckland, one in Wellington), and the Football Ferns (ranked 24th in the world) should adopt a defensive-minded approach similar to what the Americans will face in their opening match against Vietnam (ranked 34th).

For New Zealand, it's going to be a historic pair of friendlies before more history is made while co-hosting the World Cup with Australia. Also, facing the U.S. is good preparation for the Football Ferns' opening match against Ada Hegerberg's Norway.

"It has been our goal since coming back home, starting in Christchurch, to actually make the crowds bigger every time we play on home soil," said manager Jitka Klimková. "If this number is going to be over 10,000 people, we will be very proud and we will be very inspired to play and fight and represent New Zealand."

New Zealand faced the U.S. last year in the SheBelieves Cup, losing 5-0 with defender Meikayla Moore scoring three own goals, and despite the weakened field of that tournament, the Football Ferns finished last without scoring a goal.

New Zealand's objective for the World Cup is to win a match. Their current record at the event reads 15 played, zero wins, 12 defeats and three draws. The opening match against Norway is the team's most difficult group stage opponent, but that historic victory could come on Matchday 2 against a Philippines side playing in their first World Cup. The group stage finale against Switzerland could then effectively serve as a do-or-die clash for reaching the Round of 16.

But one look at the roster shows how the Football Ferns will need to be more than the sum of their individual parts to reach the knockout stage. They're led by captain Ali Riley, a defender who started 19 games for Angel City FC last season, and midfielder Betsy Hassett, who's had a nomadic club career after being a 2012 All-Pac-12 First Team selection with the California Golden Bears. That's the star power.

However, New Zealanders will have five opportunities to watch the world's most talented national team over the next six months. They'll be cheering for a goal or two from the Football Ferns tonight, but mainly they'll be turning up to see what world-renowned players like Alex Morgan, Lindsey Horan and Rose Lavelle can do.

According to the latest reports, Australia has purchased the most tickets for the World Cup, and New Zealand is in second while the United States comes third ahead of England.