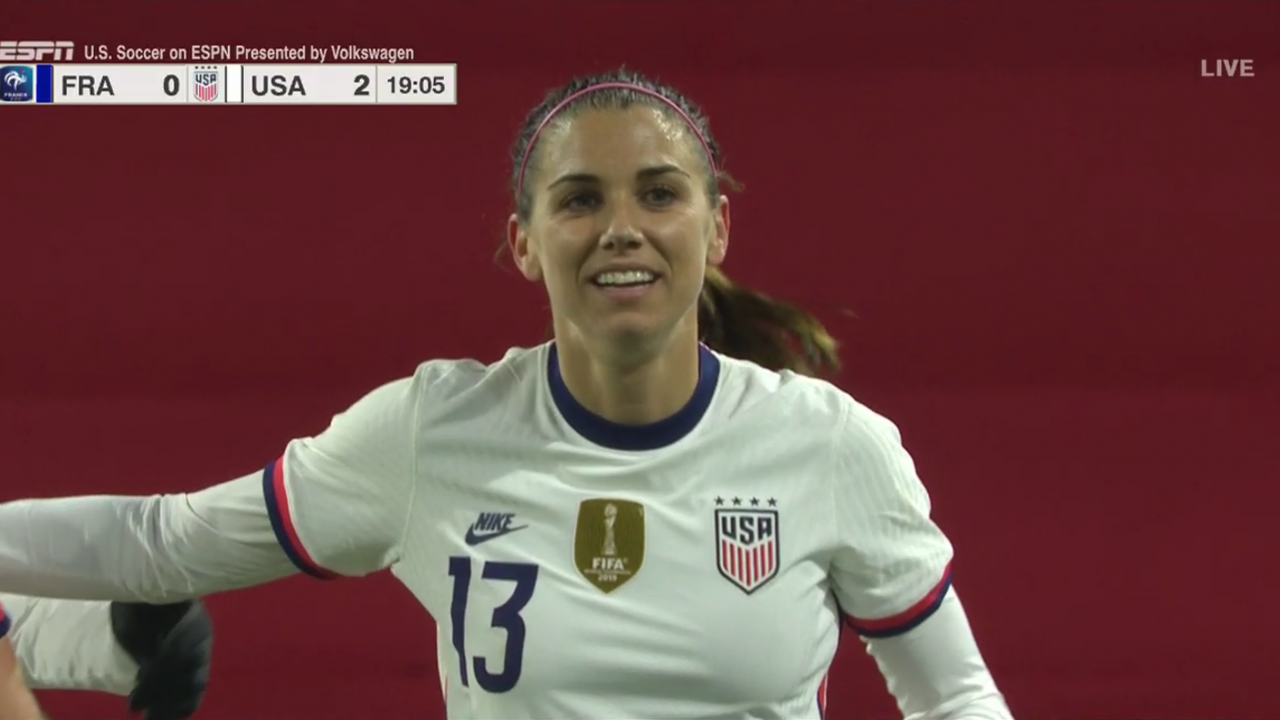 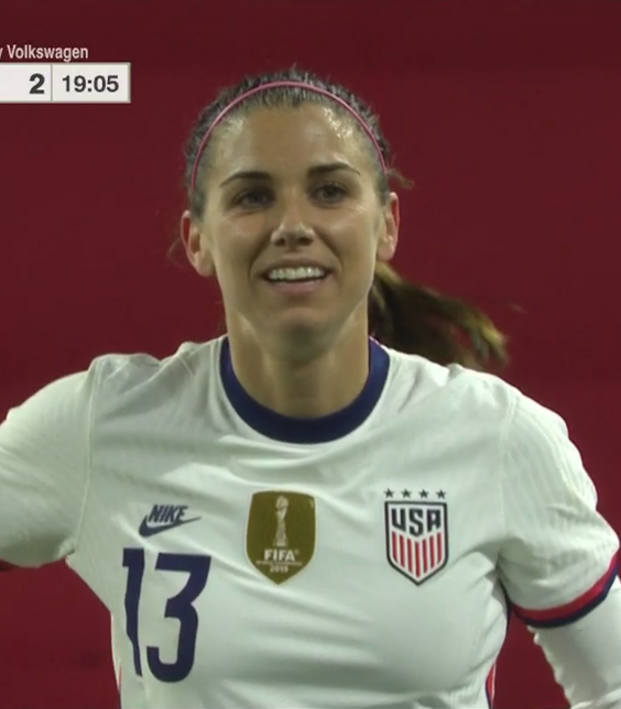 USWNT Looked Good Beating France, But That Audio Delay On ESPN Was Awful

Travis Yoesting April 13, 2021
The U.S. beat France in a friendly that was marred by audio issues.

ESPN announcers Julie Foudy and Sebastian Salazar talked a lot about the fact the pitch-side mics were clearly picking up everything USWNT coach Vlatko Andonovski was saying during his team’s friendly against France on Tuesday. The audio was certainly interesting, but more so because of a faulty output from ESPN than any tidbits gleaned from a coach yelling at his players.

The U.S. easily blanked France 2-0 in a friendly on Tuesday in Le Havre, France. But many fans found it difficult to enjoy the match given some glaring audio issues on the ESPN2 broadcast. Everything Foudy and Salazar said was about 2 seconds behind the action, which created moments like this, when Alex Morgan scored but Salazar didn’t describe it until well after she wheeled away in celebration.

Right foot or left foot, @alexmorgan13 gets it done

Buries it for 7th career goal against Les Bleues pic.twitter.com/djZwazVD0D

Audio glitches are nothing new for U.S. soccer fans. FS2 broadcast the entire first half of a Bundesliga match with commentary on a three-second delay. The Champions League on CBS All Access had plenty of audio and video glitches last fall. I get that there are occasional technical issues, but ESPN failed to correct the issue for the entire match, with the exception of the halftime show. Can you imagine this happening on an NBA or NFL broadcast? Hell no.

Guess ESPN is fine with delayed commentator audio the whole game. Such disrespect for the #USWNT to put such an amateur technical team on this broadcast.

Anyone else’s audio and video not syncing up? #USWNT

@espn @USWNT #USWNT #usavsfrance this delay in the broadcast audio is terrible.

Meanwhile, the @ESPNFC Twitter account didn’t even seem to notice the USWNT was playing, as it was focused entirely on the PSG-Bayern match going on at the same time on another network. (And by another network, we mean not on TV at all, hidden behind the Paramount+ paywall.)

The @ESPN account did pay attention, enough to use audio from a non-ESPN broadcast for its USWNT highlights. (Which sadly was followed by a boat load of misogynistic, sexist, xenophobic hate in the replies, because that’s the type of audience @ESPN fosters.)

Regardless of the fact ESPN couldn’t be bothered to sync up audio for a soccer game featuring the best team in the world, the USWNT had a pretty good day, especially after a difficult match on Saturday.

The last time the USWNT lost was 816 days ago, in an identical fixture. The U.S. opened 2019 with a defeat to France in a friendly in Le Havre. Since then, the U.S. has gone 39 unbeaten, winning the 2019 Women’s World Cup in the process, including a 2-1 win over France in the quarterfinals and Tuesday’s 2-0. The current unbeaten streak is the third best in team history.

The USWNT was coming off a fortunate 1-1 draw with Sweden, needing a controversial (read: incorrect) late penalty call to equalize from the spot. France, meanwhile, soundly beat England 3-1 on Friday with an impressive showing despite missing many of its usual starters.

On Tuesday, France was once again shorthanded, thanks in large part to the Lyon contingent dealing with Covid-19 protocols. Andonovski, on the other hand, was able to replace Carli Lloyd and Lynn Williams with Alex Morgan and Megan Rapinoe, to superb effect as both scored.

The result was the experienced Americans having a fairly easy day at the park against the young French side as the U.S. prepares for this summer’s Olympics. Of course, France has a little more time before its next major competition and can afford to experiment a little more. Because of its loss to the U.S. in the 2019 Women’s World Cup quarterfinals, France failed to qualify for this summer’s Olympics. (Instead of hosting a qualifying competition of any kind, UEFA decided women aren’t worth the effort and just awards qualifying spots based on performance in the prior World Cup.)

The U.S. opened the scoring in the same manner it finished the scoring on Saturday: a Rapinoe penalty. Morgan was clipped from behind in the box and the USWNT icon did what she does so well, converting from the spot inside five minutes.

OH MEGAN RAPINNNNNNOOOOE! We love this song @mPinoe from the spot for her 7th goal in 7 games this year. pic.twitter.com/pomvsyJ20s

Rapinoe nearly added a brilliant goal from open play, bringing down a chip from Christen Press before slotting home, but she was marginally offside. On the other end, Marie-Antoinette Katoto got in behind the defense only to be incorrectly called offside (there was no VAR), but Alyssa Naeher denied her effort before the whistle blew regardless.

The U.S. doubled its lead through Morgan, who showed she’s just as good with her right as she is with her dominant left, powering home a shot after being played in by Press.

Right foot or left foot, @alexmorgan13 gets it done

Buries it for 7th career goal against Les Bleues pic.twitter.com/djZwazVD0D

There were plenty of other opportunities throughout the remainder of the match, especially in the first half, but 2-0 was the final score. The USWNT will next host in the Tournament of Nations in June, followed by a couple of friendlies in late June/early July before the Olympics begin July 21.

In other international friendlies on Tuesday, the Netherlands thrashed Sam Kerr and Australia 5-0, Sweden followed up on its impressive performance against the U.S. by beating Poland 4-2, Canada shut down England 2-0, Germanny topped Norway 3-1 and Spain scored three second-half goals to blank Mexico 3-0.