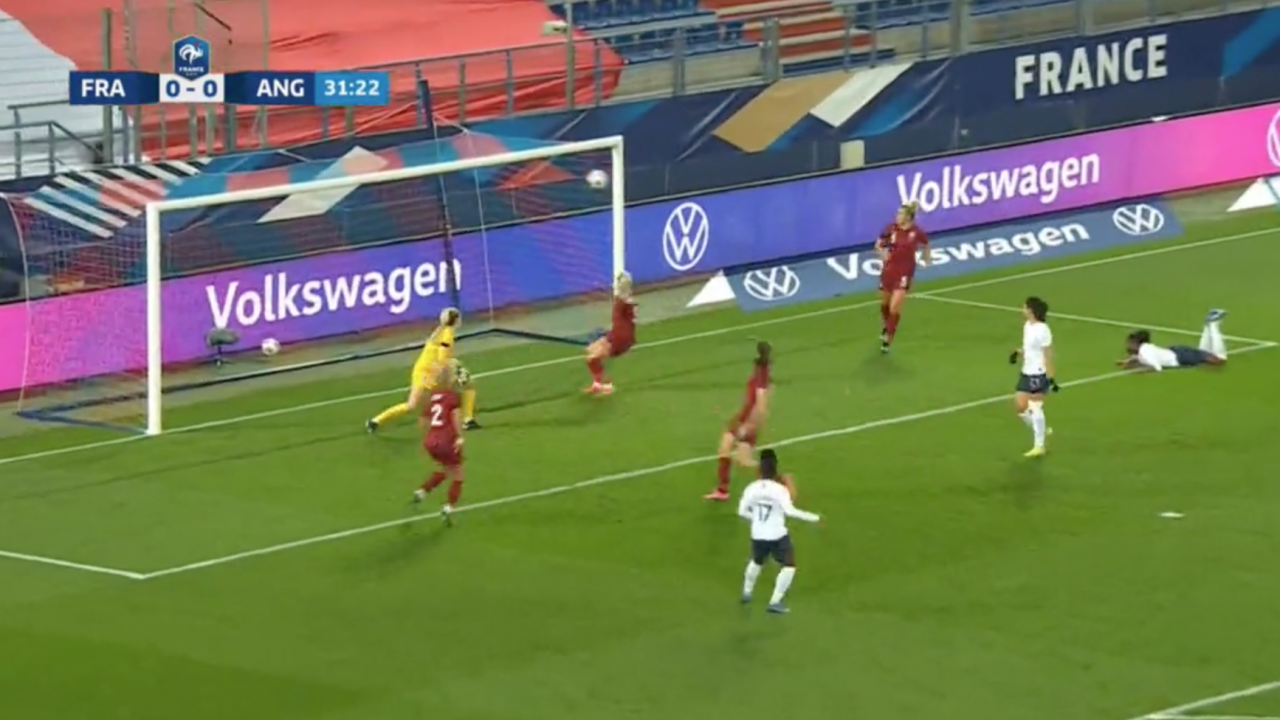 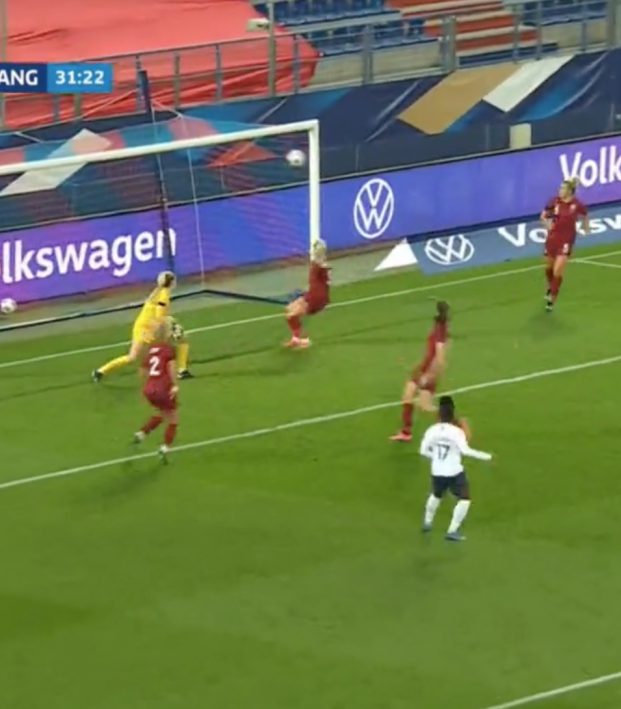 Shorthanded France Prepares For USWNT With Impressive Win Over England

Travis Yoesting April 9, 2021
The French national team warmed up for a friendly against the U.S. by beating England 3-1.

France was missing a number of key players for a variety of reasons, from injuries to Covid-19. England was playing the same day Prince Philip died at age 99. It was a mismatch.

France showed impressive depth to dispatch England 3-1 in a matchup of two of the world’s best national teams in a friendly on Friday in Caen, France. Next up for France? The best team in the world on Tuesday.

Despite not having Wendie Renard, Amandine Henry, Eugenie Le Sommer, Delphine Cascarino or Sarah Bouhaddi in her match-day squad, Corinne Diacre managed to guide her third-ranked side to a convincing 3-1 win over the country ranked sixth in the world. Sandy Baltimore hammered a blistering effort into the upper 90 in the 32nd minute and France rarely looked troubled afterward, with Viviane Asseyi and Marie-Antoinette Katoto also scoring. Fran Kirby converted a penalty in the 79th minute to make things briefly interesting for England.

Before the match, a moment of silence was held to honor Prince Philip, the husband of Queen Elizabeth II of England.

In memory of HRH The Duke of Edinburgh, who died today at the age of 99.

Our thoughts and sympathies are with the @RoyalFamily. pic.twitter.com/Eas33Wxqyj

Unfortunately for the Three Lionesses, they couldn’t overcome a young French team that looked eager to prove itself ahead of a friendly against the U.S. on Tuesday in Le Havre.

Though veterans like Renard, Bouhaddi, Le Sommer and Henry were unavailable, Sandy Baltimore was more than willing to pick up the slack.

From the start, the 21-year-old PSG dynamo troubled England’s back line, forcing Ellie Roebuck into a good save moments before forcing her to pick the ball out of her own net.

Baltimore opened the scoring in the 32nd minute with a shot 11 goalkeepers wouldn’t have kept out.

Despite both sides nearly scoring in first-half stoppage time, France led 1-0 at the break.

Les Bleues doubled that advantage on 63 minutes on a penalty from Asseyi. Only moments earlier the striker replaced Valérie Gauvin on the pitch and struck the post before taking advantage on a spot kick.

England mounted a bit of a comeback late in the second half. Lauren Hemp, who was a handful for French captain Marion Torrent, drew a penalty that Kirby dispatched to pull within 2-1 with just over 10 minutes to play.

Not long after, with the Three Lionesses pouring on the pressure, Keira Walsh struck the post and it looked like England might get back in the game.

But just as quickly the ball went the other way and Kadidiatou Diani’s superb wing play set up Marie-Antoinette Katoto for her 10th international goal in just 16 appearances.

As mentioned, France will now prepare to face off with the best team in the world, the U.S. Because Les Bleues and second-ranked Germany were unable to qualify for the Olympics (Great Britain, Netherlands and Sweden will represent Europe), this could be on paper the toughest challenge the USWNT faces all year. The USWNT first plays Sweden on Saturday.

Next up for England is a friendly with eighth-ranked Canada, a team that will also be at the Olympics and is coming off a 3-0 pasting of Wales on Friday.