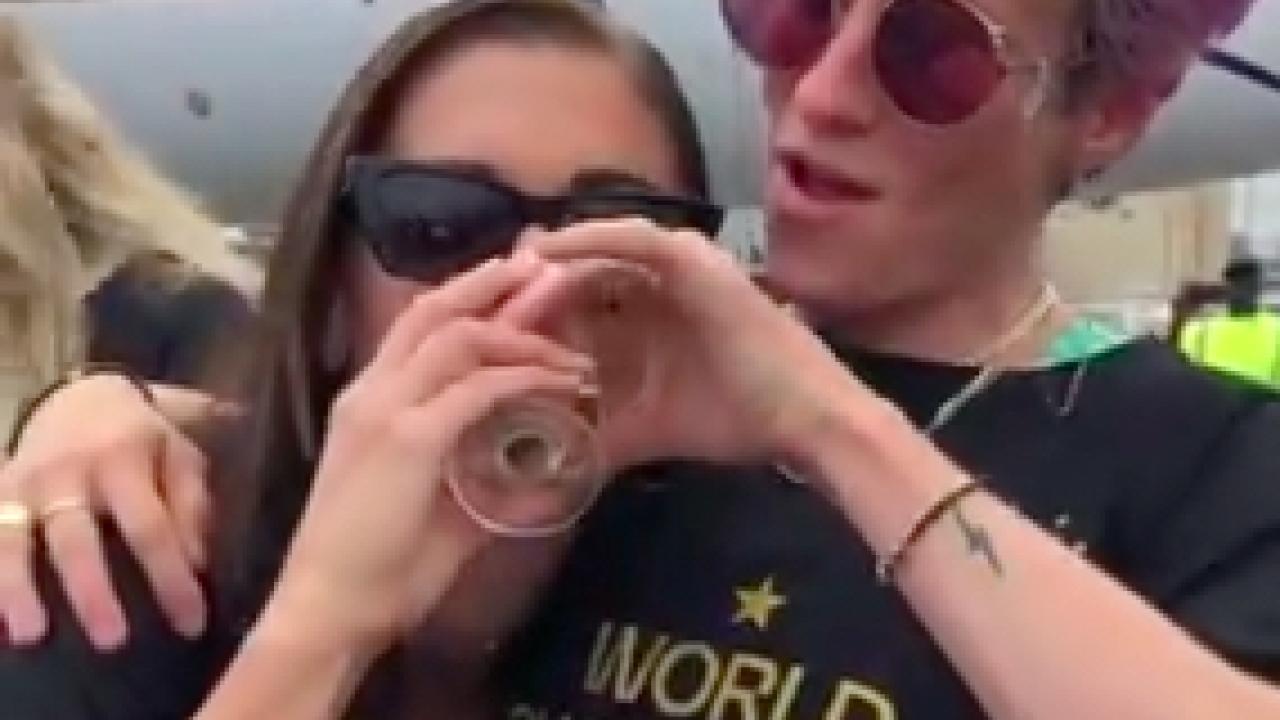 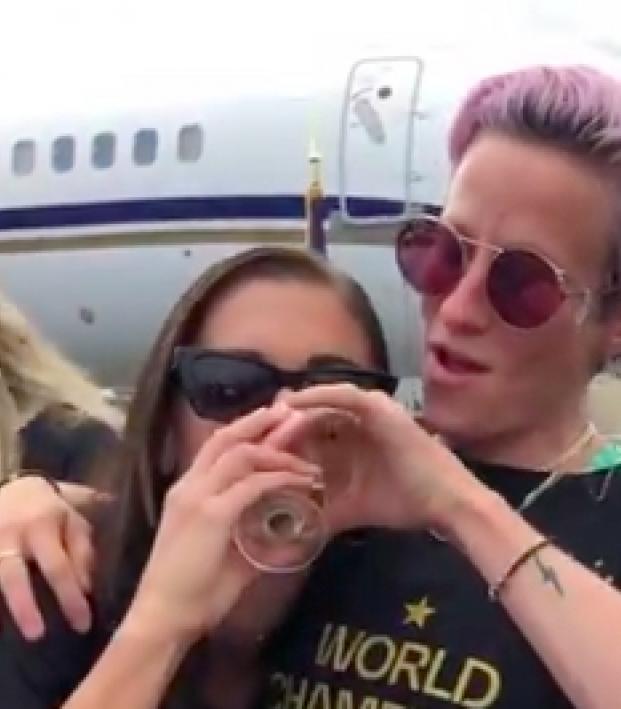 Connor Fleming July 9, 2019
The stamina on these ladies is next level.

There’s perhaps no greater testament to the strength, drive, togetherness and badassery of the USWNT than the whirlwind tour they’ve been on since Sunday night.

Mere mortals like you and I would probably like nothing more than to curl up under a blanket and nurse a week-long hangover while regaining some sort of feeling in our legs after a month of heinous physical exertion, but the USWNT knows no chill.

They’ve been partying and screaming and singing for 48 hours now — around Lyon, across the Atlantic and throughout New York City.

Here’s the team disembarking from the transatlantic crossing, looking very much like the wall has been reached but subsequently crushed and overcome.

I think the USWNT may have been drinking on this flight pic.twitter.com/ECKgLarw7g

Brought you back a little something.

I would be feeling anxiety and motion sickness by now, but this group? It’s an eternal party bus with one song on Megan Rapinoe’s iPod.

Tuesday morning they made appearances on The Today Show…

“I never like to call it a dream because it was like something that I really felt was going to be a reality someday.”@roselavelle@USWNT #OneNationOneTeam https://t.co/760KD9vVbx pic.twitter.com/Th5TiiKu8i

"I think the conversation needs to move from are we worth it, should we have equal pay to what can we do now."@mPinoe@USWNT #OneNationOneTeam https://t.co/h1aDwGXDU8 pic.twitter.com/gTcMMHl5Z7

Making an @espn stop with our newest BFF and @alexmorgan13 & @mPinoe.

Beginning at 9:30 a.m. ET on Wednesday morning, the USWNT will enjoy a ticker-tape parade through downtown Manhattan. You can follow the action on EarthCam, which will provide a live webcam overlooking the Canyon of Heroes parade route.

After enjoying themselves there, the players will jet off to Los Angeles for the 2019 ESPY Awards, which begin at 8:00 p.m. ET on ABC.