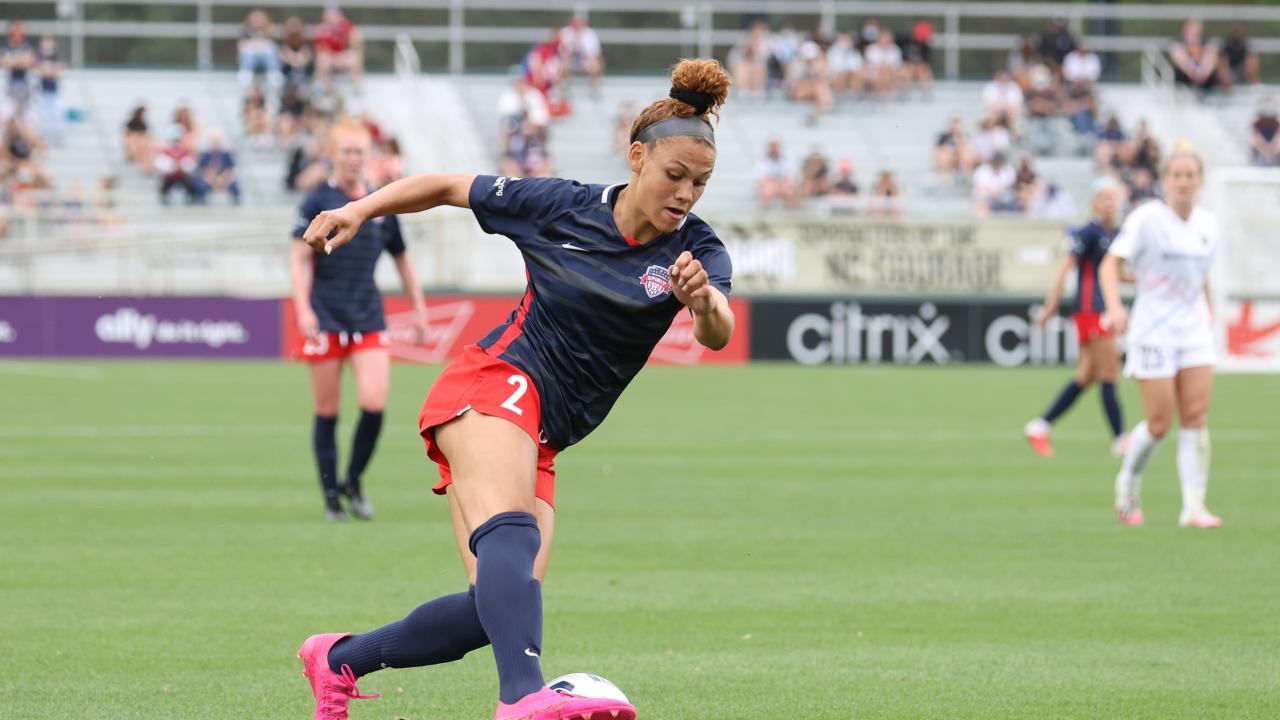 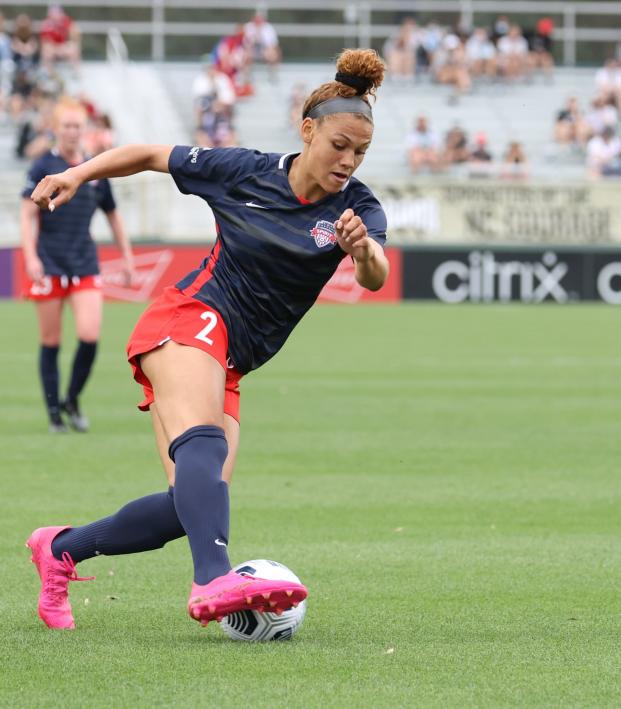 Trinity Rodman scored her first career NWSL goal in record-breaking fashion, but it wasn’t enough to keep the N.C. Courage from claiming a 3-2 victory over the Washington Spirit on Saturday in the Challenge Cup.

Rodman, daughter of former NBA bad boy Dennis Rodman, was drafted second overall by the Spirit in the draft earlier this year. The former Washington State forward left college before she played a single match to go pro and it appears to be the right decision for the 18-year-old.

Making her debut off the bench in the 55th minute, Rodman scored five minutes later, making her the youngest player to ever score in the NWSL. She showed superb skill and composure to control a long ball with one touch and score with the second.

@trinity_rodman is here, and she is not. messing. around. pic.twitter.com/OY6i28k3ct

The goal couldn’t spark a comeback for the Spirit, who scored first and last but couldn’t hold back Jessica McDonald and the Courage. But it was still a landmark day for the rising star. Rodman has yet to appear for the senior USWNT but has played for the U.S. at the youth level.

Her dad won five NBA titles but missed all six of his shots in his scoreless professional debut.

Trinity Rodman scores on her professional debut. Dennis Rodman's daughter said this week “No one asks about my mom because she’s not an NBA star, but I want people to know that my mom’s been my support system in everything in life, she's my rock” pic.twitter.com/fuCLqtkfb4

Kristen Hamilton, McDonald and Merritt Mathias scored for North Carolina. It was the strike from Mathias that proved to be the match winner in the 51st minute — and it was easily the prettiest goal of the day.

MATHIAS LIKES HER CHIPS WITH SOME DIP pic.twitter.com/Xy0nlyQuix

The match wasn’t as wild as Friday night’s four-red-card fiasco in Portland, but it was certainly an entertaining follow-up to the USWNT narrowly avoiding defeat to Sweden earlier on Saturday.