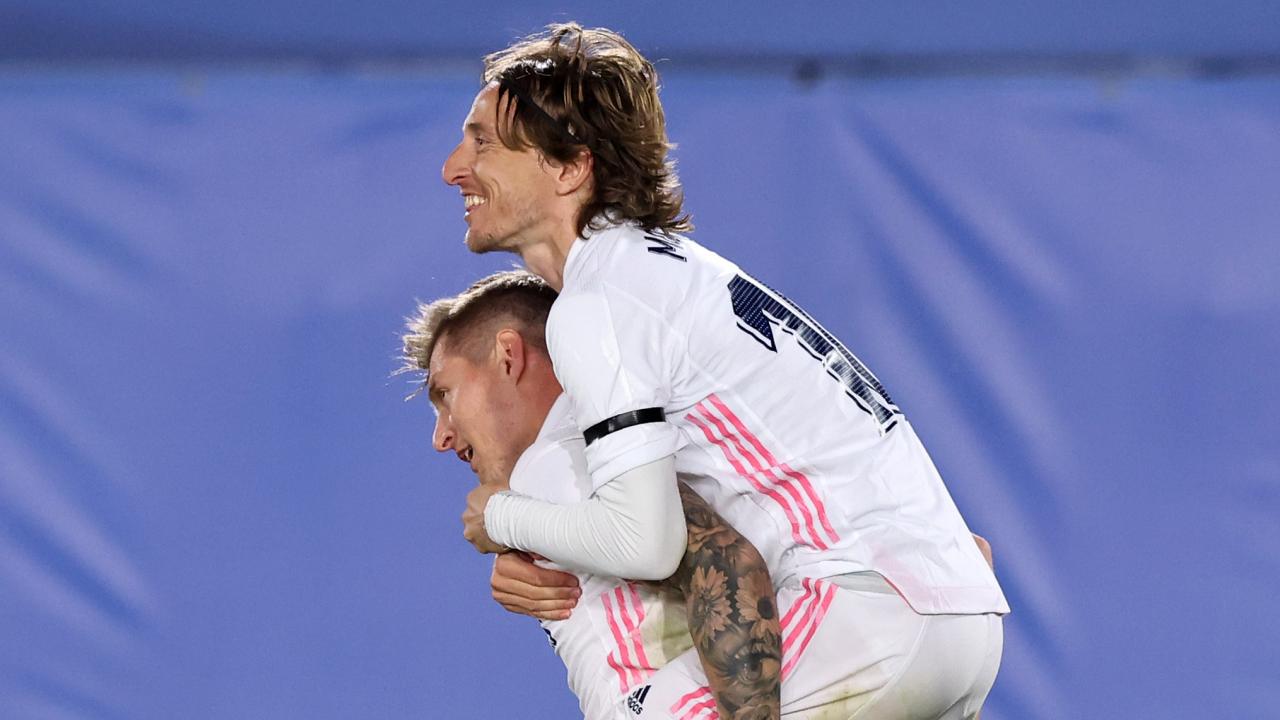 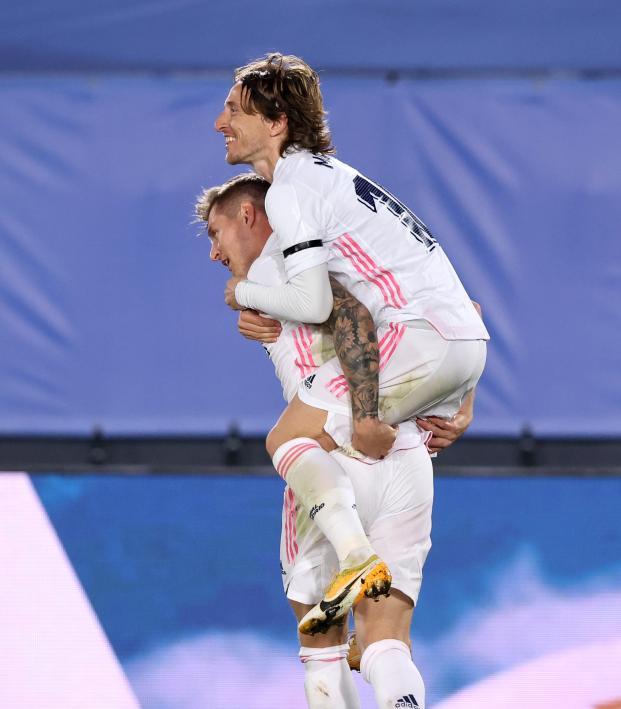 Travis Yoesting April 10, 2021
Real Madrid scored the winner off the American’s back side as Los Blancos jumped to the top of the LaLiga table.

Dest’s rear end accidentally sent a Toni Kroos free kick into the back of the net for what proved to be the winner as Real Madrid edged Barcelona 2-1 on Saturday at a cold, wet and rainy Alfredo Di Stéfano Stadium.

Los Blancos survived a late push from its biggest rival, including a red card to Casemiro and a couple shots off the woodwork, to move into first place in LaLiga, ahead of Atlético Madrid on head-to-head. Barça dropped to third place, one point behind the Madrid clubs with six games to play.

The Blaugrana may have missed a chance to give Lionel Messi a win in his final Clásico, with the Argentine maestro rumored to want to leave Barcelona since last fall’s fiasco against Bayern Munich. Messi failed to score in a seventh straight Clásico, the longest drought of his career.

Much of the match was played in a steady downpour, a stark contrast to the bright, sunny match played in October, when Real won 3-1. It was raining so hard Messi changed into a dry undershirt during a brief break in the action with 10 minutes left.

Karim Benzema opened the scoring in the 13th minute after a rapid move started by Federico Valverde ended in the Frenchman supplying a sublime finish at the near post.

Dest’s butt-goal was in the 28th minute after Vinícius Júnior was fouled on the edge of the box. Kroos went for goal but found the back side of Dest. The deflection was too much for Marc-André ter Stegen to overcome, and the ball flew into the back of the net off the head of Jordi Alba.

Dest, who will probably be criticized for turning his back on the ball, was pulled at halftime, replaced by Antoine Griezmann as Ronald Koeman sought more attacking prowess. It won’t go down as an own goal because the initial shot was on target, but there’s no doubt Dest’s deflection was the reason the ball went in the back of the net.

Real Madrid nearly made it 3-0 within 35 minutes but for the post and Ter Stegen denying the home side.

Messi nearly halved the deficit just before halftime with an audacious Olimpico attempt that struck the far post.

Barcelona was able to pull one back through Óscar Mingueza of all players. The 21-year-old defender got just enough on a cross from Alba to set up a late push from Barça.

Óscar Mingueza gets on the scoresheet and Barcelona get one goal back in El Clasico.#ElClasico LIVE NOW ⬇️
beIN SPORTS
CONNECT https://t.co/LRYa03w6yI pic.twitter.com/3y1GzAVVZV

No Clásico is complete without a little officiating controversy. In the 83rd minute, Martin Braithwaite fell to the turf under potential contact from Ferland Mendy. Neither the referee nor VAR thought it was a penalty, but Alba picked up a yellow card for dissent arguing it should have been a PK. Personally I didn’t see enough to warrant a foul.

Casemiro was sent off in the 90th minute after picking up two yellow cards in about 60 seconds. He took out Messi near midfield for one caution and moments later lunged on the edge of the box for a second, leaving his side a man down for stoppage time.

It was a grandstand finish as Ilaix Moriba struck the post in the dying minutes but Real Madrid held on for a third straight win and its first ever at the Alfredo Di Stéfano.

Real Madrid now knows it can win LaLiga if it wins out. The biggest match left on the schedule is Barcelona hosting Atlético on May 9.