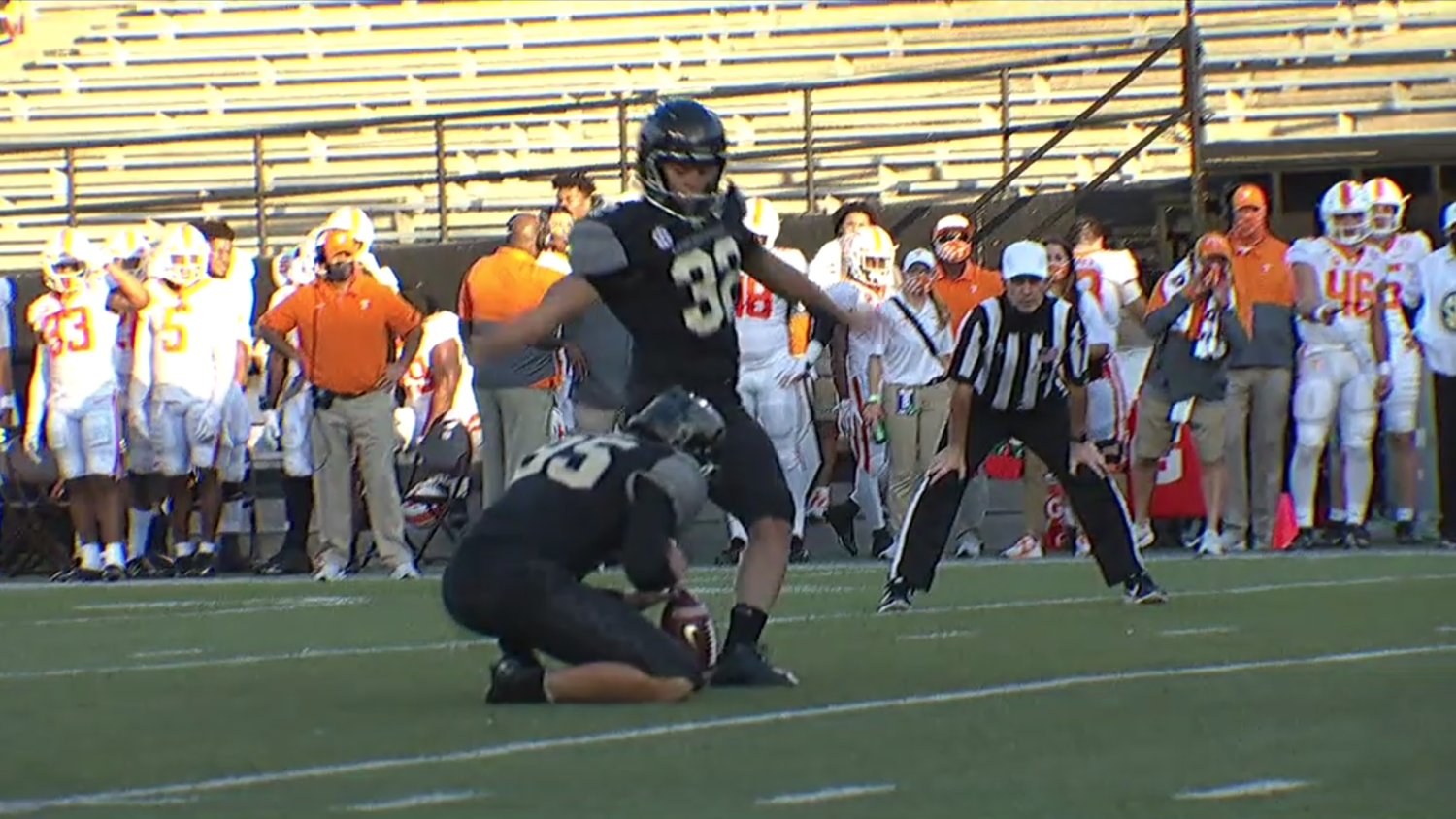 A couple of weeks ago, Sarah Fuller became the first female to play in a Power 5 football game. Unfortunately, the Vanderbilt offense she played with was absolutely garbage and failed to even get her within field goal range, leaving her with a directional kickoff as her only contribution.

On Saturday, Fuller finally got her chance, and she nailed it.

Fuller arrived at Vanderbilt as a goalkeeper on the women’s soccer team. She helped the Commodores make a magical underdog run to an SEC tournament title in November and a week later was asked to join the men’s American football team after the program was decimated by players opting out and others being unable to play because of Covid-19.

She played against Missouri on Nov. 28 but Vandy was shutout for the first time all season and Fuller wasn’t given a chance to score.

Against rival Tennessee on Saturday, it looked like there would be more of the same as the Vanderbilt offense started the game with two three-and-outs.

Then the Commodores showed up, driving 75 yards in 12 plays to get into the end zone for the first time in nearly a month. Fuller then came out and drilled a perfect PAT to become the first woman to score in a Power 5 football game.

Sarah Fuller just became the first woman to score in a Power 5 game.

It was a memorable moment and one that will long be remembered not just at Vanderbilt, but across the country.

As Fuller said after her first football game, she’s playing to let young girls everywhere know they can do anything they set their minds to.

"I just want to tell all the girls out there that you can do anything you set your mind to."

Sarah Fuller inspiring the next generation

Somewhat disappointingly, later in the first half when Vanderbilt went for a field goal, the Commodores opted to use Pierson Cooke instead of Fuller, denying her a chance to hit the field goal. Cooke later missed another field goal attempt while Fuller converted a second-half PAT.