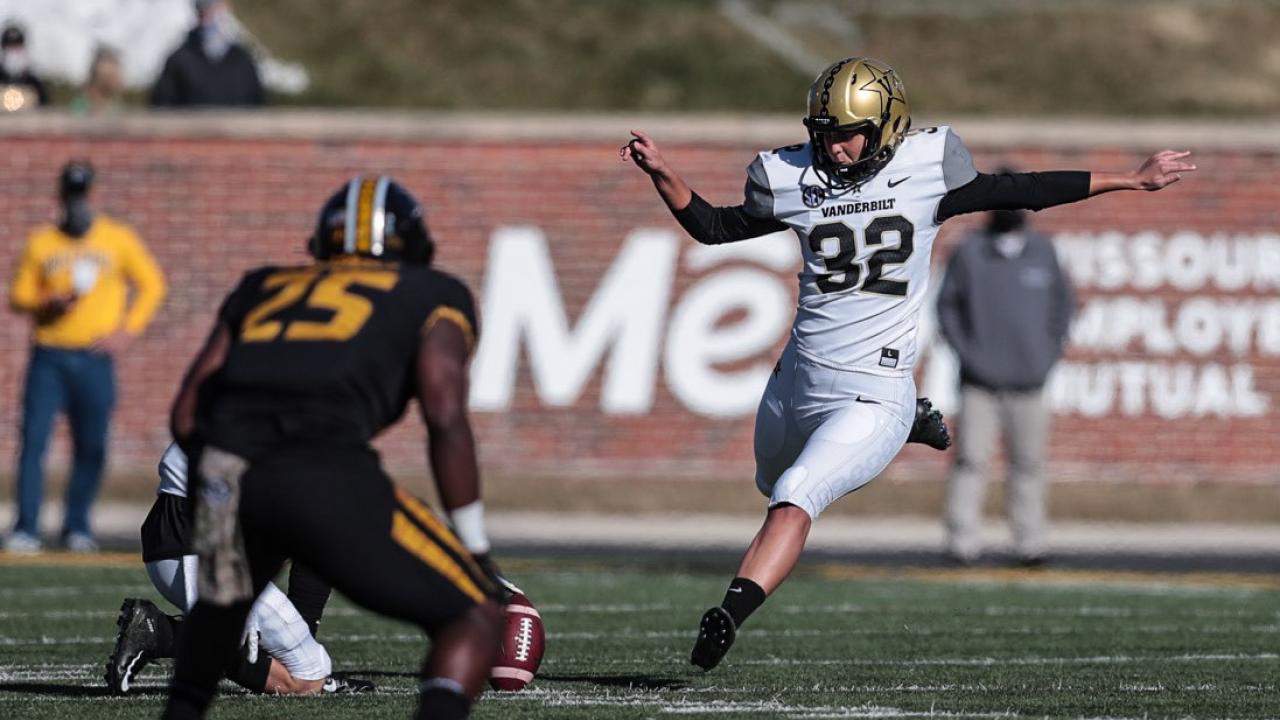 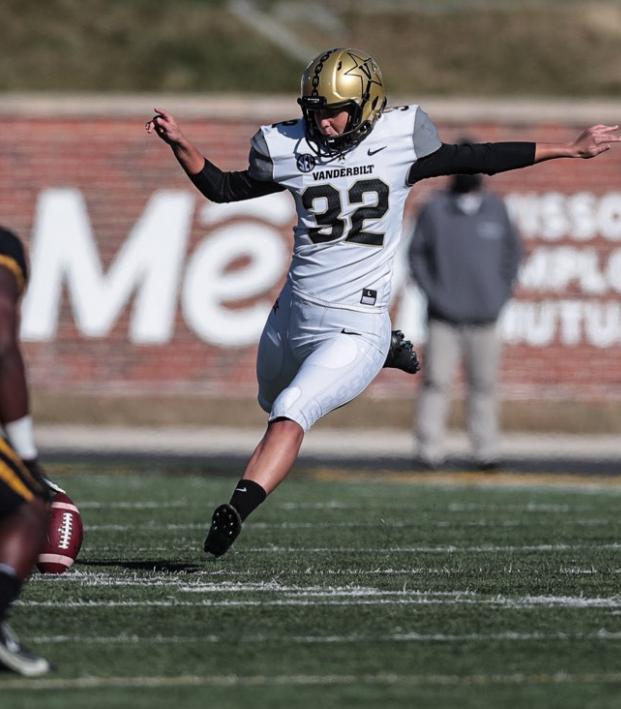 David Moore November 28, 2020
The Commodores chose a hell of a time to get shut out.

History-making Vanderbilt football kicker and goalkeeper Sarah Fuller only saw the field once during the Commodores’ embarrassing 41-0 loss to the University of Missouri on Saturday.

The official numbers haven’t been released yet, but I’m willing to bet my life that more people tuned in to watch Vanderbilt football Saturday than any other point this season. Everyone was craning their neck to see Fuller get her opportunity.

Instead of seeing the first woman to play and score a point in a Power 5 football game, the nation got to learn why exactly Vanderbilt has yet to win a game this season.

The closest the Commodores came to scoring was when they managed to make it to Mizzou’s 32-yard line before turning it over on downs. The palpable feeling of disappointment was felt through everyone watching at home and at Faurot Field in Columbia, Missouri.

The day wasn’t a complete loss as Fuller’s historic moment came at the start of the second half when she kicked off for Vanderbilt.

Before all of the heated misogynists upset about a woman playing college football start crying about Fuller not kicking it to Saturn, let me explain what a directional kick is.

The kickoff was a designed play that Fuller perfectly executed. The goal of this directional kick was to kick the ball short to a certain side. Doing this allowed Vanderbilt players to quickly get to the Mizzou player recovering the ball and ensure he couldn’t return it.

This didn’t stop the angry, jealous men (who are still relishing their junior varsity football days eight years ago) from trying to tear down Fuller’s historic moment.

with kicks like that, they could've got the hot dog vendor to fill in..

Really neat comment Silky Smooth! Too bad neither you nor any of your 15 followers will play in a Power 5 college football game.

She will never go to the nfl.. footballs a mans sport!

Can someone please grab me a paper towel? The misogyny is spilling all over my keyboard. Actually grab two, his tears that Fuller did something he’ll never do are leaking too.

It was also a shame to see high-profile journalist Jason Whitlock neither congratulate Fuller on her historic moment or take 20 seconds to Google if Vanderbilt has a men's soccer team.

Things I'm not supposed to ask. Does Vanderbilt have a men's soccer team? Were any of the guys on the men's soccer team considered to kick for the football team? Did Vandy choose the best candidate or the most publicity?

Haters aside, the name Sarah Fuller will go down in history as the first woman to play for a Power-5 college football team. After the game she had a message for all of the girls who watched her make history.

"I just want to tell all the girls out there that you can do anything you set your mind to."

Sarah Fuller inspiring the next generation