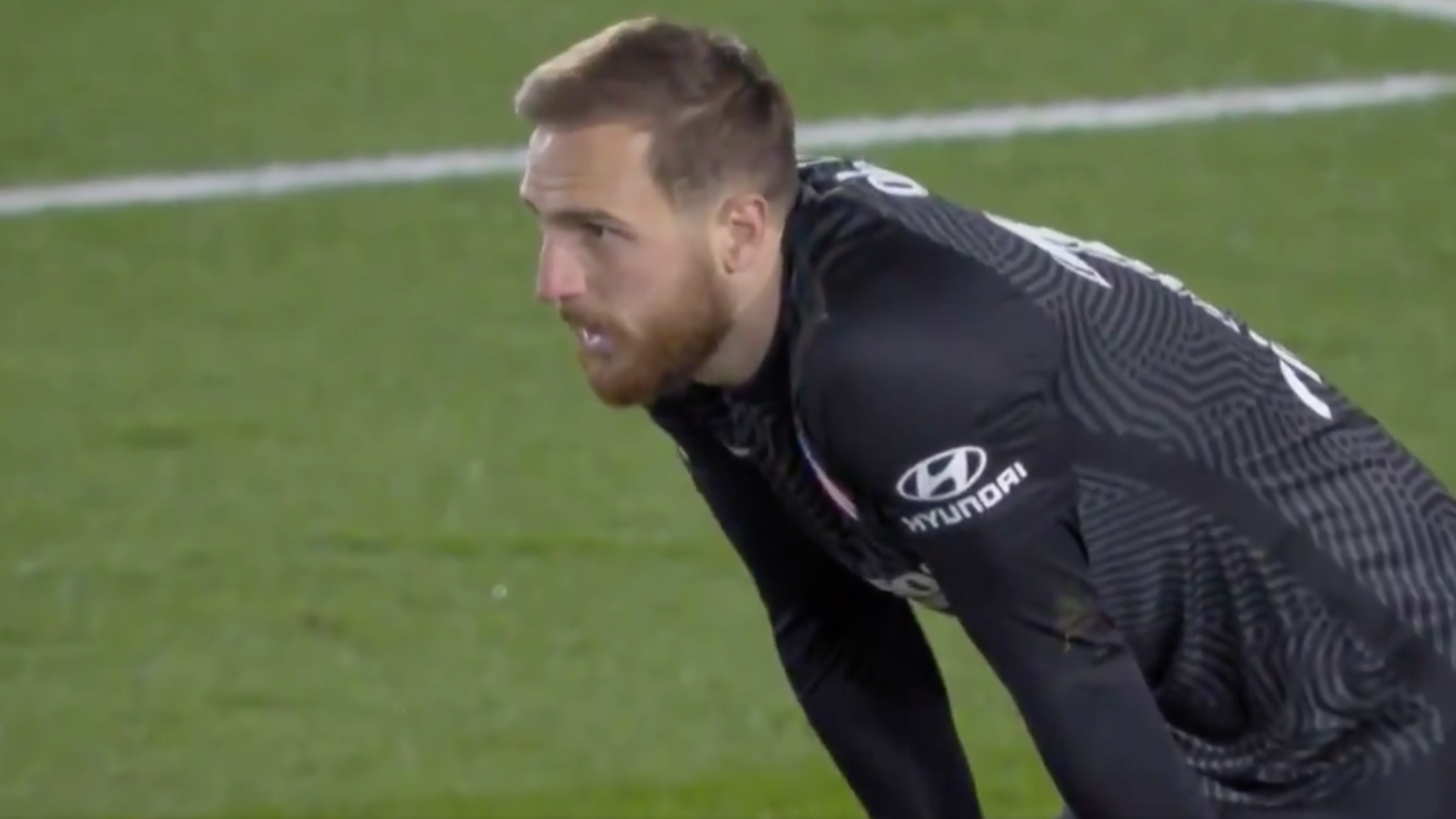 Jan Oblak was credited with an own goal in a disappointing 2-0 defeat to Real Madrid.
@beINSPORTSUSA | Twitter

On Wednesday, Jan Oblak’s mere presence seemed to terrify RB Salzburg players who even thought about taking a shot on goal. The Slovenian keeper recorded a clean sheet as Atlético Madrid won to ensure a place in the Champions League knockout rounds. On Saturday, a Jan Oblak own goal vs Real Madrid showed even the best keepers in the world get unlucky sometimes.

Real Madrid topped Atleti 2-0 in the Madrid Derby on Saturday at the Alfredo Di Stéfano Stadium, a vital win for Zinedine Zidane to prevent falling nine points behind his city rival. The win pulled Real up to third place, three points behind Atlético, which has a game in hand.

Casemiro scored in the first half and a second-half own goal stifled any thoughts of an Atleti comeback as Real Madrid begins to look more and more like the defending champion it is.

It became clear early on this would not be the tepid derby we saw in Manchester earlier in the day when Karim Benzema forced Oblak into a stellar save 10 minutes in.

"A kangaroo on a springboard!" @RayHudson saying it best for THIS Jan Oblak save

Where does he rank amongst the best goalkeepers in the world? #RealMadridAtleti LIVE NOW ⬇️
beIN SPORTS
CONNECT https://t.co/LRYa03eva8 pic.twitter.com/qxm2CHc8YD

It was a truly impressive reflex deflection for a world-class keeper, arguably the best in the world right now. The match soon went downhill for the Slovenian.

A few minutes later Real Madrid capitalized on its early superiority with Casemiro’s header off a corner kick.

Incredibly, this was the first time Atleti trailed in a LaLiga match all season, in the 11th game. But it was a deserved lead for Real.

Héctor Herrera was yanked at halftime after slipping on Casemiro’s goal as part of three changes by Diego Simeone at the break. Thomas Lemar picked up a yellow card seconds into the second half showing Atleti wasn’t going to go down without a fight. Indeed, Lemar probably should have equalized 10 minutes into the second half, but the French midfielder somehow failed to hit the target after a delicious ball across the Real defensive line.

Not looking like the frail side that lost twice to Shakhtar Donestk in the Champions League, Real regained control after just over an hour, albeit with a bit of fortune.

Dani Carvajal hit a screamer from 25 yards out that caromed off the upright only to bounce off Oblak’s back and into his own goal.

They don’t get much unluckier than that, but it still goes down as an own goal. From there, Real professionally saw out the rest of the match. Atlético didn’t get a shot on target until a header from Saúl Ñiguez in the 80th minute.

Make no mistake, Real sent a message to the rest of the league that it’s back and ready to charge up the table to defend its title. Now we wait to see if Barcelona (currently in ninth) can do the same.