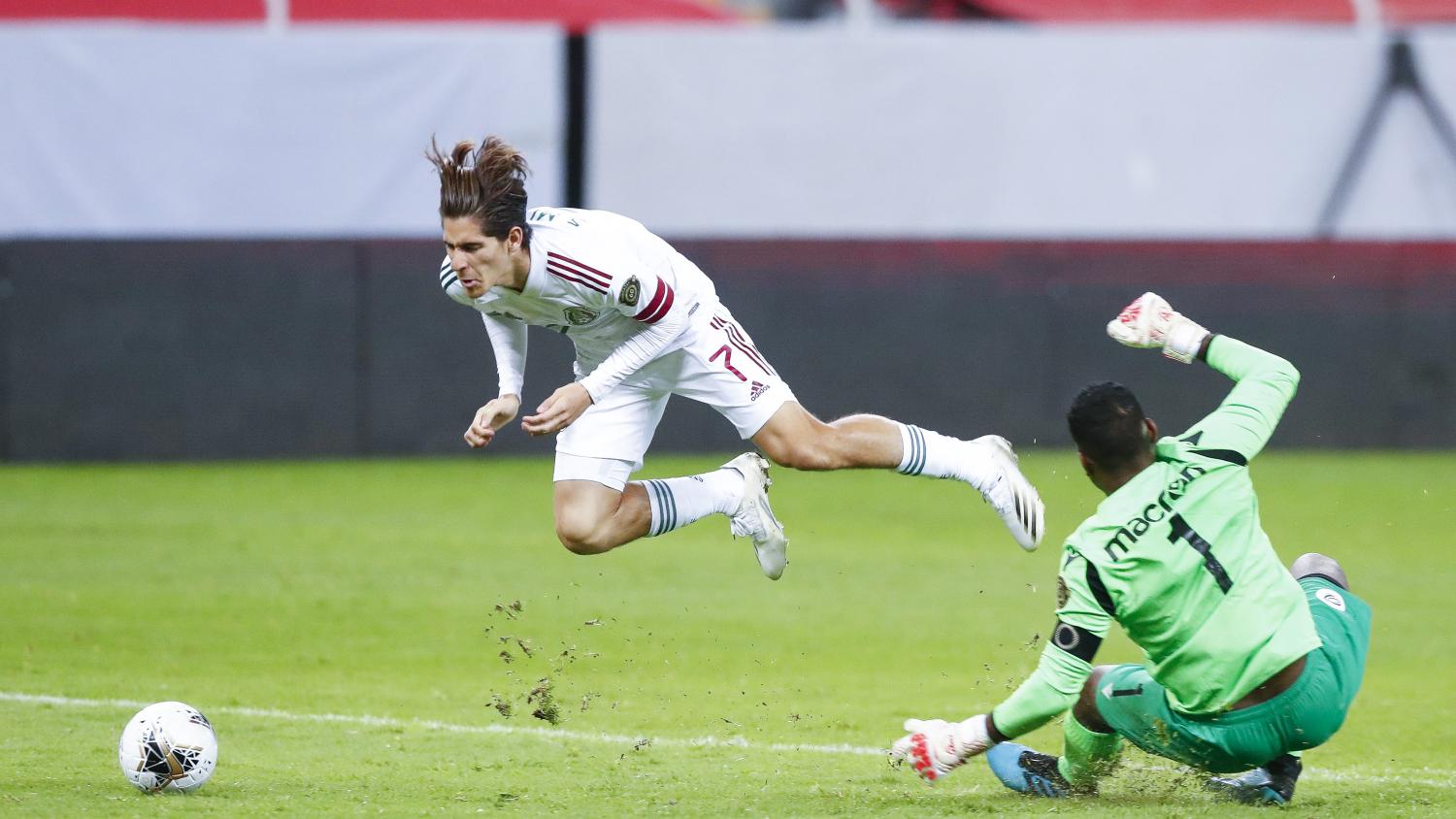 Four years after impressing at an Alianza tryout, the 19-year-old has the world at his feet.
Getty Images

By now you’ve probably heard the story. 19-year-old Santiago Muñoz, who was born in El Paso, Texas, and grew up just south of the border in Ciudad Juárez, has joined Newcastle United in a jaw-dropping parallel with the famous 2005 film Goal! The Dream Begins.

Speaking with Sebastian Salazar and Herculez Gomez on ESPN's Futbol Americas back in early September, Muñoz revealed that the film had indeed been a personal inspiration, so much so that he watched it over 30 times.

But my first question for Muñoz: At this point, how sick of the comparison are you?

“No!” Muñoz says with a laugh. “Yes I know it is something unreal, all of the movie, but it’s fantastic to be living this!” 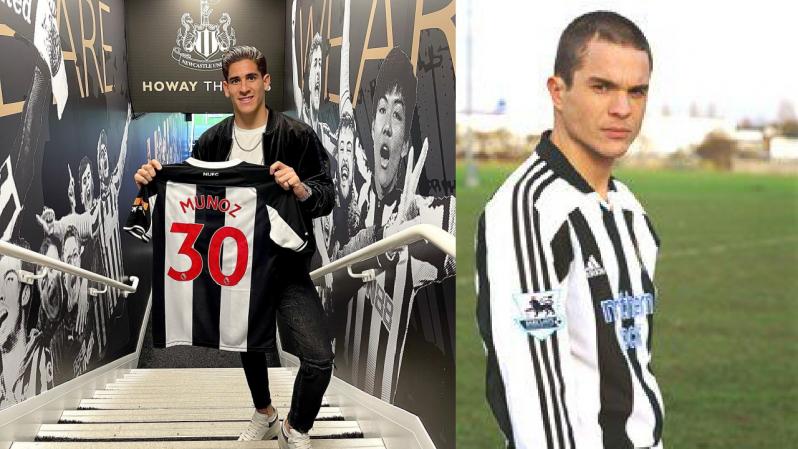 What’s overshadowed by the similarities in name, family background and club destination is perhaps the most fantastic connection between the fictional footballer and reality. In Goal!, Santiago Munez — playing on the weekends for a club made up of Hispanics from a local car wash — is spotted by a former Newcastle player in Los Angeles and whisked off to England for a trial with a Premier League club. Entirely fantastical, right? Impossible.

Back to the real Santiago Muñoz.

The year is 2017. A 15-year-old Muñoz is playing club ball and enjoying kickabouts with friends in the area. His mom signs him up for a tryout in El Paso with the Alianza de Futbol program and things suddenly go full Goal!. He earns an invitation to the final showcase in Los Angeles. He impresses and receives offers from multiple clubs in both MLS and Liga MX. After speaking with his family, he’s off to join the Santos Laguna academy.

“I was 15 at the Alianza in 2017” Muñoz says. “There’s where my life changes. There’s where my life and the life of my family changes in that moment. We go to the final in Los Angeles. From there I speak with my family and we take the decision to go to Santos, to Torreón, and like I tell you, everything comes so quickly for me. From there I think that the best decision in that moment was Mexico and a club like Santos that helps you as a person and player. That was the chance we took and I’m very happy to have made that decision.”

Muñoz’s humility and desire to give back are evident in his new role as an Alianza de Futbol Ambassador. Alianza offers the largest scouting program for Hispanic players in the United States through these tryouts, and it's unearthed such talents as Monterrey and Mexico international Jonathan González, Holstein Kiel’s Nico Carrera and the LA Galaxy’s Adrián González in recent times.

Since impressing in Los Angeles, it’s been a meteoric few years for the forward. In 2019, a huge performance at the CONCACAF U-17 Championship earned him a spot on Mexico’s U-17 World Cup squad, where he scored the goal of the tournament.

The teenager was firmly on the world’s radar, and a 2020 senior debut with Santos at the end of the Apertura season was met with a cheeky tweet from Newcastle’s social media team — our first hint that the dream was about to become a reality.

Muñoz then became a regular during the 2021 Clausura, and his first goal couldn’t have been any bigger: an 81st-minute equalizer against Club América. Rumors of an impending transfer to Belgium or Portugal began swirling, but it was ultimately Newcastle that got its man on the final day of the summer transfer window on an initial 18-month loan deal with the option of making the move a permanent one.

Now Muñoz deserves the one thing that hasn’t really been afforded him throughout his whirlwind career, and that's time.

The 19-year-old has been training by himself since arriving in Tyneside and has attended multiple U-23 matches, but he’s still regaining fitness and settling in the North East. It should be mentioned that Muñoz fielded every question of this interview in English and responded with an impressive command of the language, but Geordies have, shall we say, a unique way of speaking.

“It’s difficult but I’m happy,” Muñoz says. “I’m knowing all the players, the city and also the weather. It’s something so different for me, but I’m happy. I’m working so I can get to here. In the U-23s there’s one that speaks Spanish… a little bit. So it’s difficult, but right now I’m training separate to get the rate of here. The trainers are very good. I’m happy because they explain the things twice — really all the times that I want.”

While the immediate goal is to get minutes with the U-23s, impress and train with the first team, Muñoz doesn’t shy from the fact that he’s a goal-oriented individual that’s already set a number of objectives for his first season in England.

“I’m a person that I know that I can do more at all times,” Muñoz says. “I want to do everything. I want to be the best in all the things that I do. I think that’s very important for me and also for the team. I have that ’never give up’ in all the games and all the training. The sacrifices that I take, I think that I have a mentality and my mentality is to work hard. Right now I’m alone, my family is in Mexico, my friends are in Mexico. I need to get used to this life but it’s something that I really want.

"To the players that have the opportunity, I think that it’s from the mentality. The mentality is very important, and I say ‘sacrifice’ but I also think it’s something that motivates any player. The people can speak about you — friends of my dad can tell their kids that I’m here. All the people that speak about you, that’s a motivation. Day to day I’m working hard. I want to do a lot of things. I want to give back to my family, my city, the United States, Mexico, all the Latinos in the United States. I’m really proud of that.”

Of course any success Muñoz has will have massive ramifications on his international future. During his interview with ESPN, Muñoz admitted that he’s “not married to Mexico” and every English-speaking media outlet ran with that. The truth actually seems less promising for USMNT fans, but sensible.