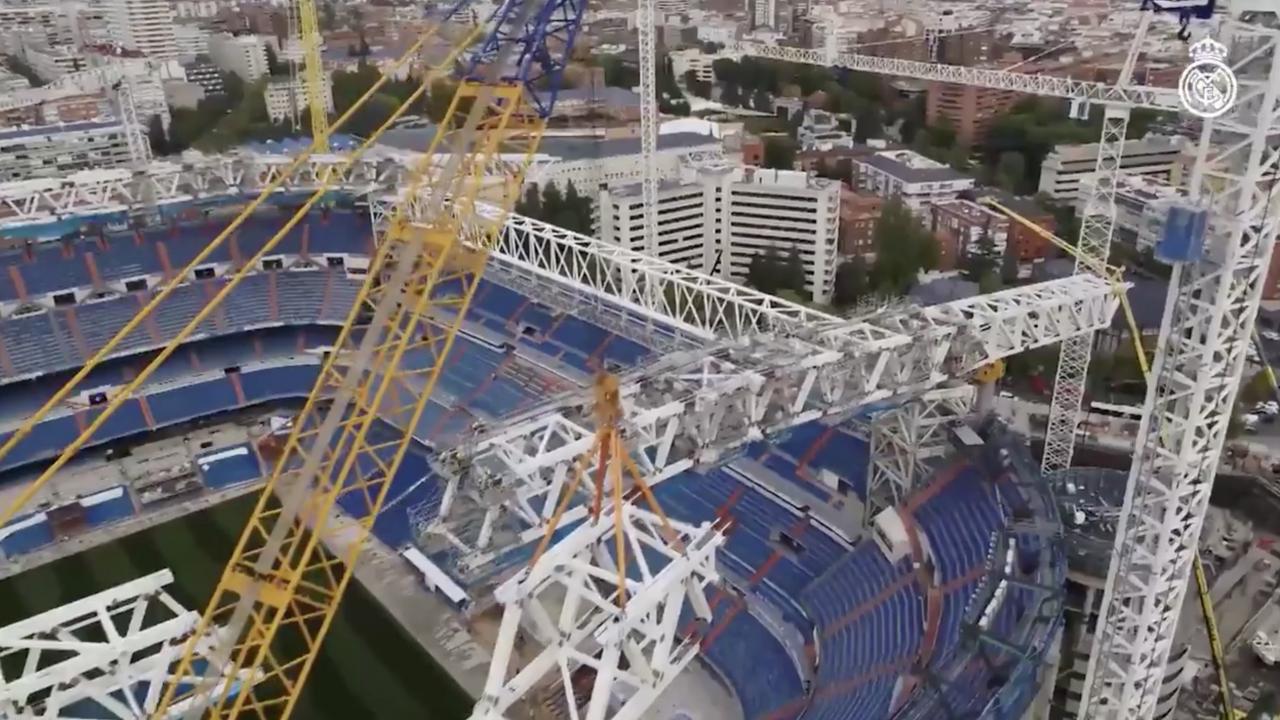 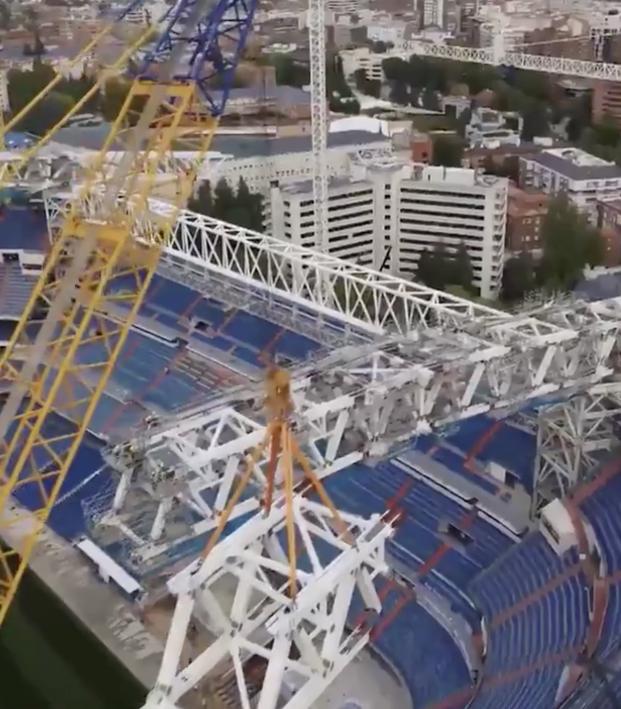 Connor Fleming November 4, 2020
This is going to be one of the loudest stadiums on the planet.

The Real Madrid stadium renovation completion date remains June 2022 with the $650 million project now taking shape after over one year of redevelopment work.

Although the Santiago Bernabéu capacity will hardly change following the renovation — going from 81,044 to 81,043 — the biggest visual difference is the addition of a retractable roof that covers all of the pitch while the fixed roof structure protects all of the stadium’s seats.

Currently, the old roof structure has been completely removed and key elements of the new roof have been added — most notably the closure of the north and south trusses. New towers are also visible on the Paseo de la Castellana which are equipped with ramps, escalators and lifts to improve the flow of spectators in and out of the ground. These towers will also provide structural support for the new roof.

Once the new roof is completed, a 360-degree video screen that stretches around the entire ground will be installed.

Other work includes the construction of an underground parking lot, the demolition of the old club offices and adidas store and the subsequent construction of a new one (going from a three-story building to a 10-story one).

Shops, restaurants and a hotel will also be added to the redeveloped complex around the ground, as well as 65,000 square feet of gardens.

Since returning from the pandemic-enforced break back in June to complete the 2019-20 season, Real Madrid has been playing its home matches in both LaLiga and the Champions League at the Alfredo Di Stéfano Stadium in Valdebebas (just outside of Madrid, near the Barajas airport).

The stadium is located within Ciudad Real Madrid, which is Real’s 1.2 million square meter training complex. The Alfredo Di Stéfano is normally the home ground of Real Madrid Castilla (the reserve team), but Real’s senior squad will continue to play there through the 2020-21 season with spectators still not allowed in LaLiga stadiums.