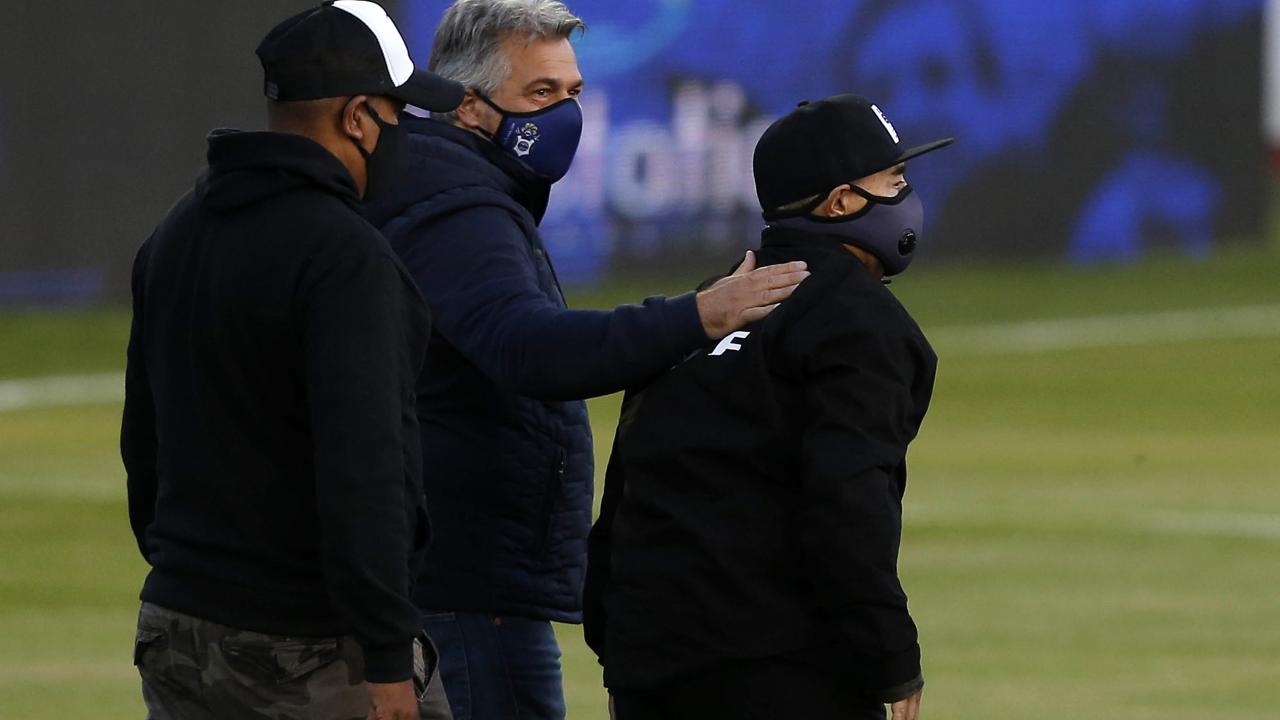 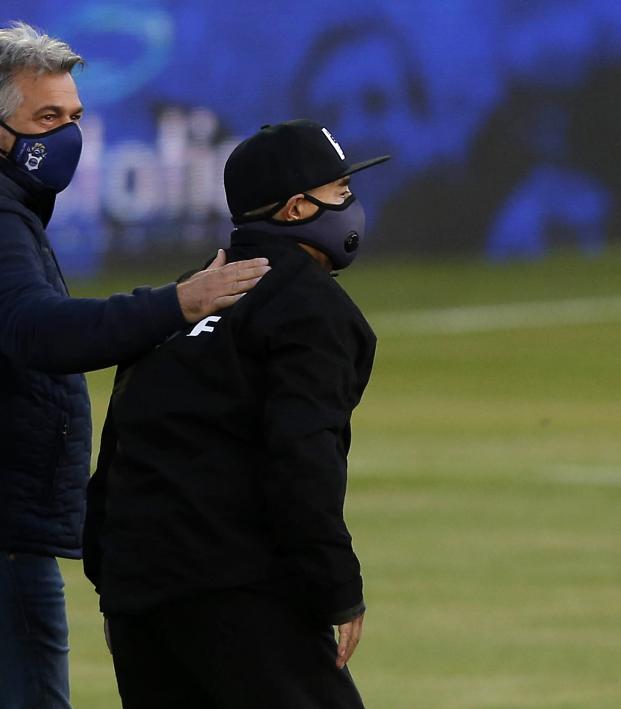 Reuters November 4, 2020
The Argentine great had surgery to remove a blood clot in his brain.

The operation, after Maradona, 60, was admitted to hospital a day earlier, was to address the clot, often caused by a head injury, and which can put pressure on the brain.

"I was able to evacuate the hematoma successfully and Diego tolerated the surgery very well," Leopoldo Luque, Maradona's neurosurgeon and personal physician, told reporters outside the clinic where dozens of fans were gathered.

"The steps now are observation, but it is controlled. It will depend on how he does. It is not highly complex, but it is still brain surgery," Luque added, saying the procedure had taken around 80 minutes.

The intervention was potentially risky due to the ex-footballer's delicate general health, though Luque earlier said the procedure was "routine surgery" and that Maradona had been "lucid" and understood and agreed with the procedure.

Maradona was admitted to the Ipensa clinic in La Plata, Argentina, on Monday for anemia and dehydration, before being transferred to Olivos Clinic in Buenos Aires province.

Around 50 fans gathered in front of the Olivos Clinic, in the suburbs of Buenos Aires, celebrated when reports of the successful outcome started to emerge, chanting: "Diego, Diego!"

Maradona, who won the World Cup with Argentina in 1986 and is widely considered to be one of the greatest players of all time, coaches local club Gimnasia y Esgrima. He last appeared in public on his 60th birthday last Friday before his side's league match against Patronato.

Dozens of fans of Gimnasia y Esgrima have converged on the hospital since Monday evening, waving flags and holding posters with messages of support as they waited for news.

"What we want the most is for Diego to get out of all this. He can be, he is the greatest, the greatest in the world," said Diego Bermudez, 41, a Maradona fan waiting outside the hospital.

Another fan, Oscar Medina, said: "Diego is fighting inside with medics. Hopefully God blesses the medics, to move on from this. His people are out here on the street, hearts beating."

Later on Wednesday, Argentine soccer great Diego Maradona was in "excellent" condition following surgery for a brain clot, and his lawyer discounted the possibility he could go to Venezuela or Cuba to recuperate.

"The last medical report was excellent," said Matias Morla. "Let's stay strong and we'll get through this."

Maradona has previously expressed his fondness for the two nations and he spent several years in Cuba undergoing drug rehabilitation at the start of the century.

But Morla said the former Napoli, Barcelona and Boca Juniors player would complete his recuperation in Argentina, where he is coach of first division side Gimnasia y Esgrima.

"Diego loves Cuba, yesterday I spoke with Fidel Castro's son," Morla told reporters as he left the clinic where Maradona was operated on for a subdural haematoma, a blood clot on the brain, on Monday.

"Venezuela, as well as Cuba, are friendly nations for Diego... but Diego's head is with Gimnasia."

Maradona, who won the World Cup with Argentina in 1986 and is considered to be one of the greatest players of all time, has suffered frequent periods in hospital over the years, often due to his extravagant lifestyle.

Dozens of Gimnasia fans have converged on the hospital since Monday evening, waving flags and holding posters with messages of support as they waited for news.