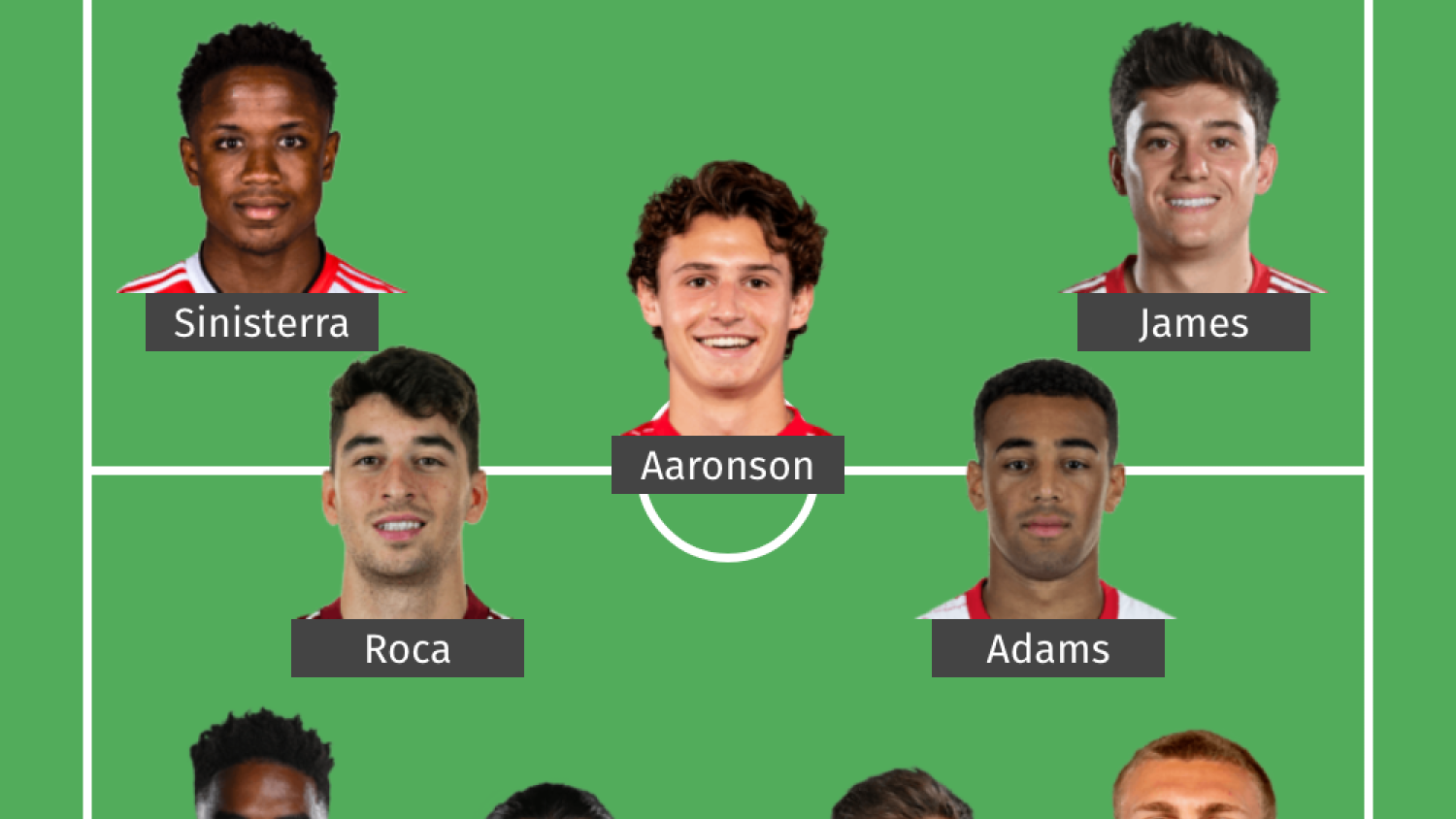 Will it be enough to clinch Premier League survival?
createformation.com

Following a season in which Leeds United barely survived relegation, this summer has brought on a tidal wave of incoming players in Yorkshire. While the big money departures of Raphinha and Kalvin Phillips have made headlines, they have also brought in the revenue responsible for a completely revamped squad ahead of the 2022-23 Premier League season. Here is a look at the new potential Leeds starting XI 2022, featuring all of Jesse Marsch’s new signings and one more potential newcomer. 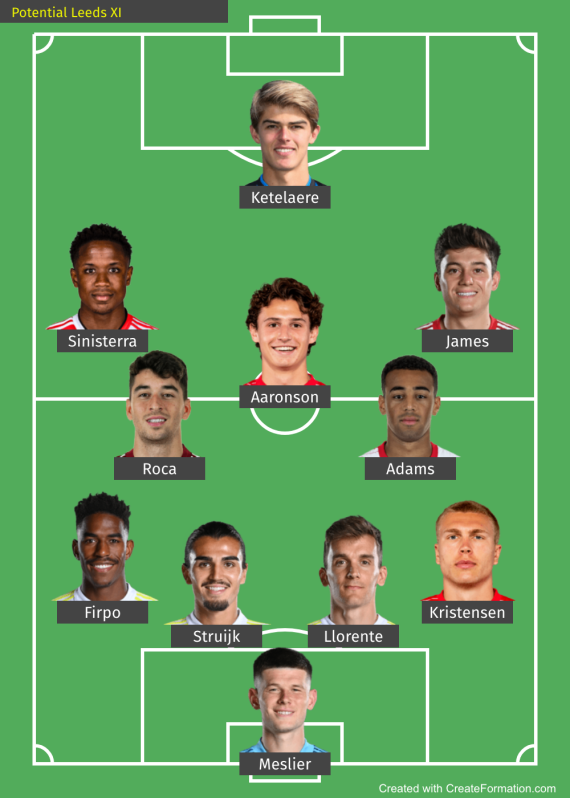 Brenden Aaronson and Tyler Adams made headlines when they signed for Leeds United from RB Salzburg and RB Leipzig, respectively. The USMNT stars will slot into two of three midfield spots for their countryman Jesse Marsch. The midfield trio will be completed by Marc Roca, who signed from Bayern Munich for a fee in the neighborhood of $12 million.

Should he start, Aaronson will be accompanied in the Leeds starting XI by Rasmus Kristensen at right back. The former teammates were coached by Jesse Marsch at Salzburg before making their Premier League swaps. Assuming no further signings, Diego Llorente, Pascal Struijk and Junior Firpo will look to improve upon last season’s dismal defensive performance.

Raphinha’s replacement is Luis Sinisterra. The Colombian international signed from Feyenoord for a club record $25 million. Sinisterra is quite the player — in my opinion he has the potential to compete for Premier League signing of the season.

Leeds are close to signing Colombian winger Luis Sinisterra from Feyenoord, per @telegraaf

With Jack Harrison linked with a move elsewhere, this XI sees Sinisterra take up a spot on the left wing while Dan James will play on the right.

Leeds is hoping for one more signing at striker, and Charles De Ketelaere is the name on fans’ lips. The 20-year-old Club Brugge striker is touted as a top young talent but has also been linked with AC Milan. Per Fabrizio Romano, Leeds bid $40.8 million for the Belgian. Noa Lang and Arnaud Kalimuendo have been pegged as alternate options.

One trend of note — Diego Llorente is the only player in the entire XI who is over the age of 25. Can Jesse Marsch lead this young team to Premier League survival? Doing so would cement him as one of the best American soccer coaches in any league.

Leeds United kicks off its season on Aug. 6 against Wolves.