Peter Crouch Scored His 100th EPL Goal And Did "The Robot"

Of course, he did "The Robot" to celebrate.

Crouch is now officially the highest-scoring Premier League player who also looks like the pirate in Pirates of the Caribbean who has the fake eye.

Really! He really does! Look, at them side-by-side! 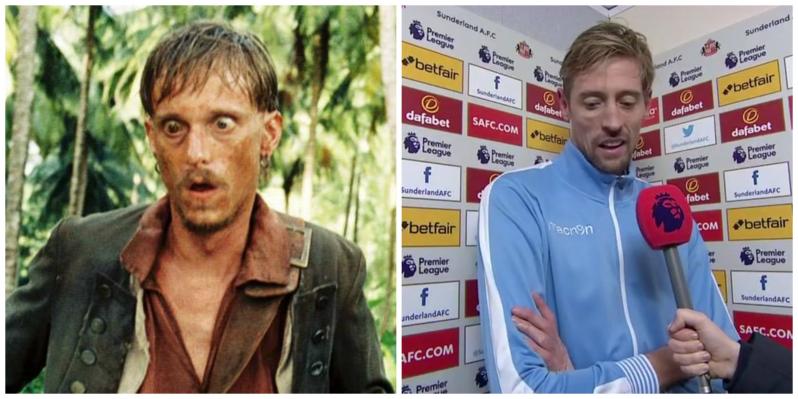 Crouch should invent a pirate dance to go along with "The Robot".