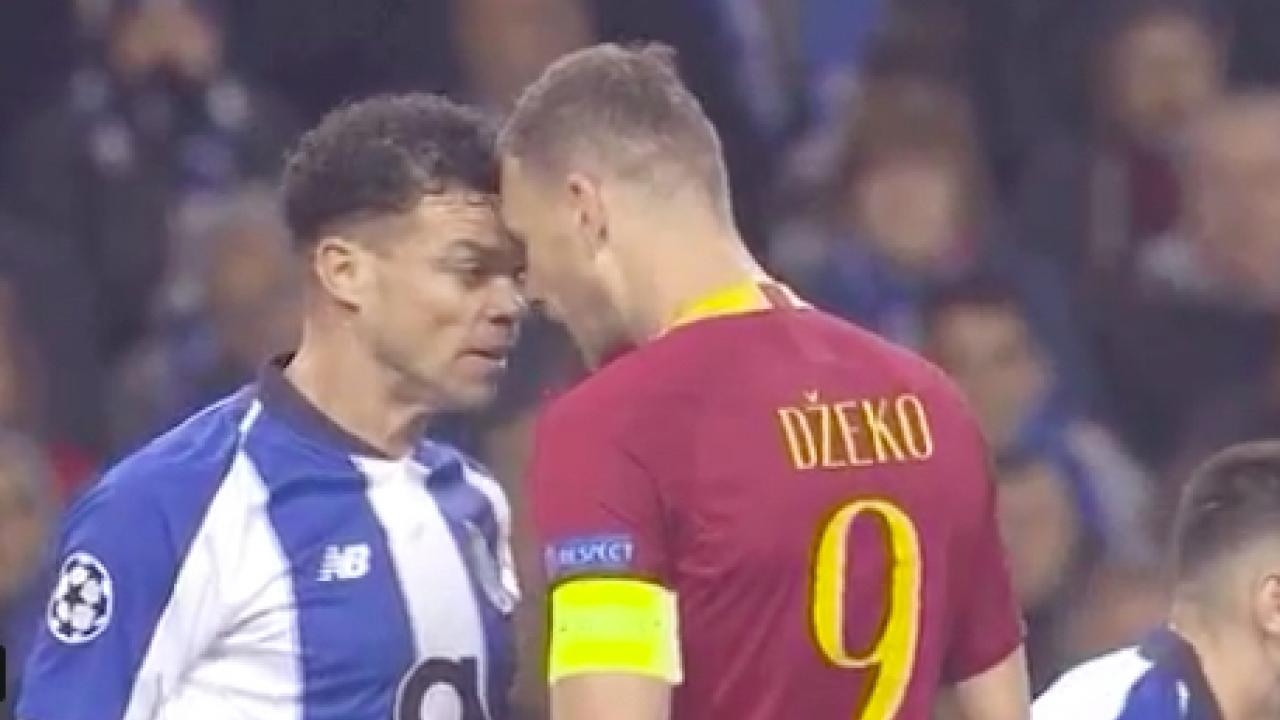 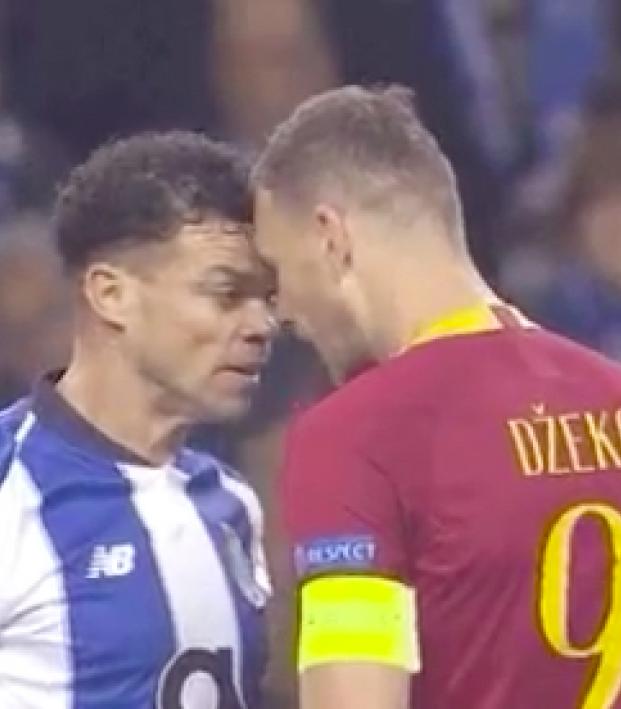 We got 10 years of Pepe at Real Madrid, and if time weren’t such a cruel mistress, we could’ve been blessed with 10 more. I, for one, would welcome an eternal version of Pepe, a timeless incarnation of shithousery that doesn’t care about VAR now being a thing — a mad lad with his face cast in an eternal scowl, eyebrows bulging cartoonishly from his skull and always looking for fingers to stomp on and fouls suffered to greatly exaggerate.

The defender’s transfer to Beşiktaş threatened to take the Pepe completely out of our lives, but thankfully he returned to Porto on a two-and-a-half-year contract in January, giving him a pathway back onto our TV screens via the Champions League.

During Wednesday’s Champions League Round of 16 second leg between Porto and AS Roma, Pepe and Edin Dzeko engaged in a dance that I can’t even begin to understand.

The two — in classic hard soccer people format — went forehead-to-forehead like a couple young bucks trying to impress a mate (in this case most likely Handsome Hector Herrera), and Pepe probably could’ve been sent off given the force of his initial headbutt.

But Pepe got lucky, and Dzeko stayed on his feet . . . until Pepe proceeded to scream “FUCK YOU!!” right in Dzeko’s face, and that caused the 6 foot 4 inch Bosnian to collapse.

Pepe doing Pepe things with a good ol' "fuck you" towards Dzeko, who crumbles to the ground in fear pic.twitter.com/SGidbY2W4H

Pepe being Pepe with an angry head-to-head confrontation. But that was a ridiculous delayed reaction and flop by Dzeko. #FCPASR #PortoRoma #UCL pic.twitter.com/14eAOimIGC

Pepe is the best.