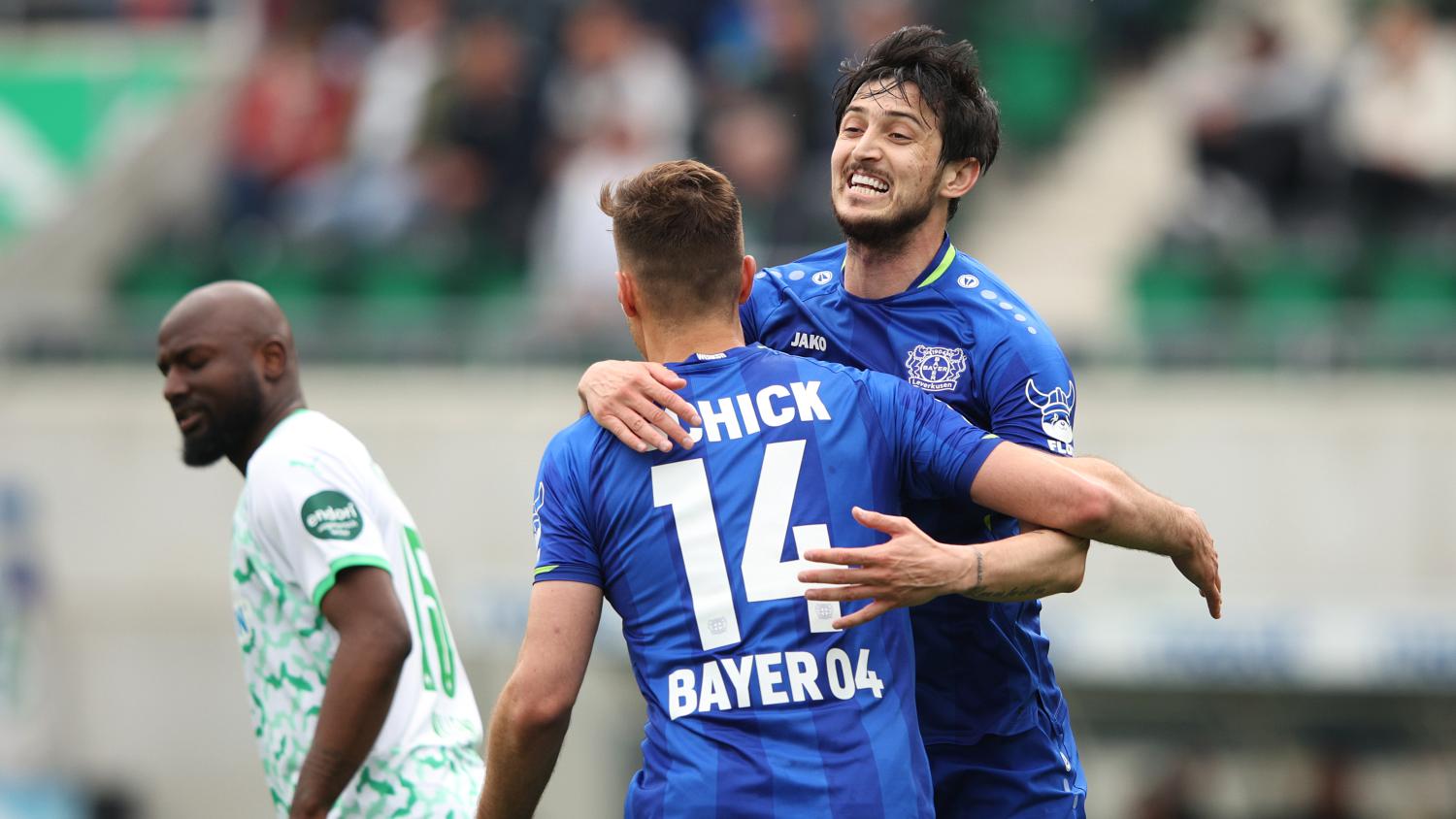 Patrik Schick became an instant legend last summer when he hit a 50-yard goal against Scotland in the 2020 Euros. The Schick goal vs Greuther Fürth on Saturday was from much closer range, but no less unique.

Schick managed to use both his bum and his backheel to score a weird goal on the way to Bayer Leverkusen’s 4-1 win on Saturday. Initially ruled offside because he looked way offside, the goal stood as it was a defender who deflected the ball toward Schick’s ass.

Patrik Schick with the quick reactions to get the goal for Leverkusen pic.twitter.com/fyQ0uGOCae

Just how you draw it up.

The goal was actually pretty important on the day. Fürth scored the opener just five minutes into the match through Jetro Willems, whose full name of Jetro Danovich Sexer Willems is one of the best in football. Schick’s goal tied things up in the eighth minute and Leverkusen ran away with three more goals for an easy win.

Sardar Azmoun, Paulinho and Exequiel Palacios scored for the visitors, who leapfrogged RB Leipzig into third place on Saturday.

Leipzig conceded two late goals to lose 2-1 to Union Berlin and is now just two points ahead of fifth-place Freiburg for the final Champions League place.

Defeat for Fürth confirmed what has long been expected as the recently promoted side will be heading back to the 2. Bundesliga next season. Fürth needed to win its last four games and make up massive goal difference to have any shot at survival, but Saturday’s defeat confirmed the club will be relegated.

On the bright side, Julian Green and Timothy Tillman started for Fürth, the former playing the full 90. Green scored the USMNT’s last World Cup goal in 2014 while Tillman, 23, is eligible for the USMNT, though he’s played for the Germany youth national team.