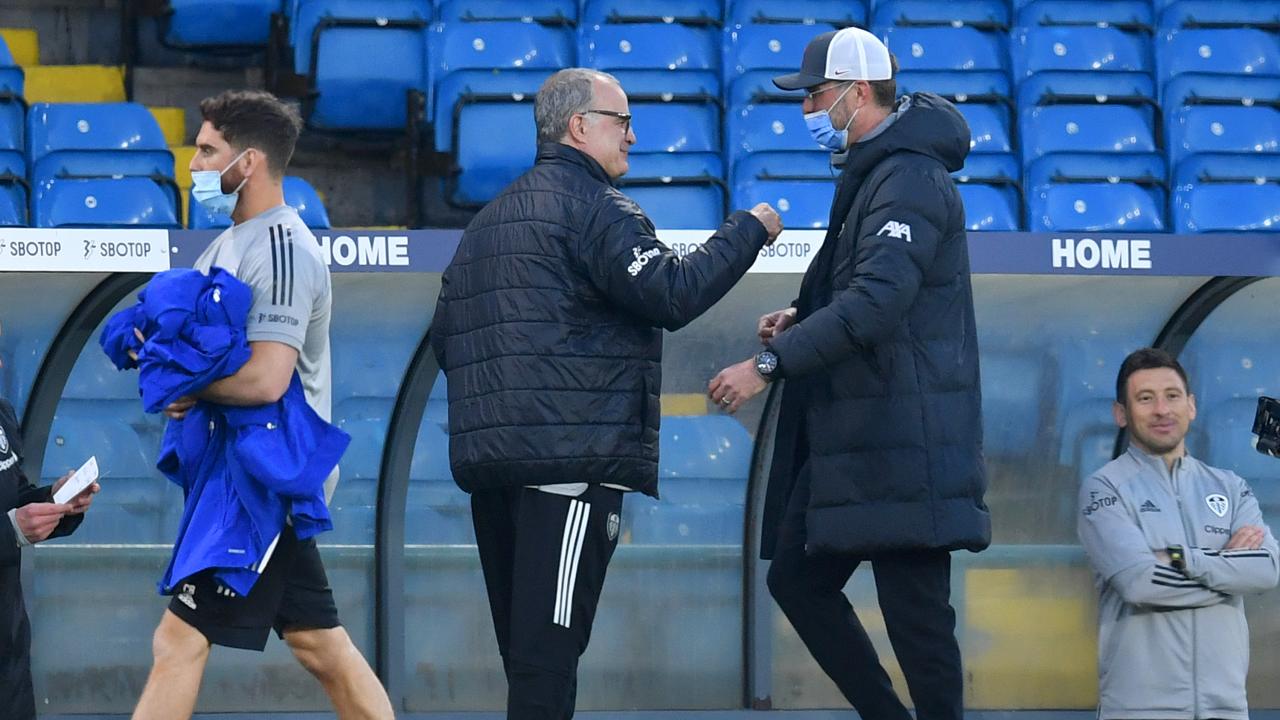 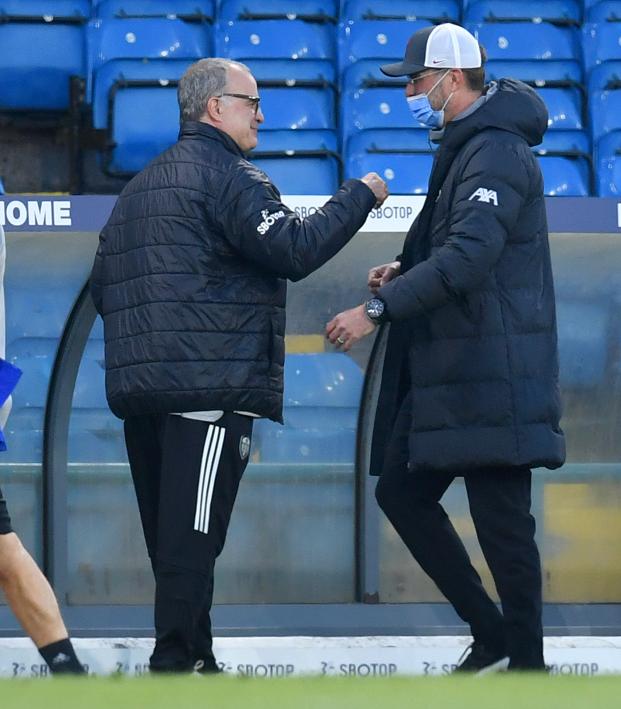 Connor Fleming April 19, 2021
The German manager recognizes that a horrible divide has been created between the club and its supporters.

Following Liverpool’s 1-1 draw with Leeds United in Premier League action on Monday, we finally got down to business. Despite there being no official word on the start date of the newly formed European Super League, we do know that the league is now official and our worst dreams have been realized. As such, the match — with Liverpool “chasing” a top-four spot — took on an absurd quality with the growing understanding that the Reds might not ever contest a Champions League match again anyway.

So the post-match interviews turned into must-watch TV, especially since we got a look into the minds of two of football's most famous managers, Jürgen Klopp and Marcelo Bielsa.

We also got player interviews from Liverpool’s James Milner and Leeds’ Patrick Bamford. The golden thread between all four individuals? They don’t want the Super League to happen, although Bielsa isn't surprised with the decision.

“Didn’t change, didn’t change. My opinion didn’t change. Obviously I heard about it for the first time yesterday, and in the moment you try to prepare for a very difficult game against Leeds United. We got some information — not a lot to be honest. Most of the things you can more or less read in the newspapers or whatever.

“It’s a tough one. People are not happy with that. I can understand that, but I can not a lot more say about it, to be honest, because we were not involved in any processes — not the players, not me. We didn’t know about it. The facts are out there and now we will have to wait how it develops.

“I’m 53 years old. Since I was a professional player the Champions League was there, so I think ’93 or something like that since then. In my mind it was always as a player, it was not possible. As a manager, it was always the aim to coach a team there. So obviously I have no issues with the Champions League. I like the competitive fact of football as well. I like the fact that West Ham might play Champions League next year, no problem. I don’t want them to, to be honest, because we want to do that, but I like that they have the chance and all these things.

“What can I say? It’s really not easy. What I want to say as well, I’ve heard a few things but what I really don’t like is… Liverpool Football Club is much more than some decisions. The most important part of football are the supporters and the team, and we have to make sure that nothing gets between that.

“Everybody plans new competitions. UEFA wants the Champions League, they showed it to me. I told them ’there are more games, so I don’t like it’ months ago and they do it. I don’t expect that they don’t do it only because I don’t like it, but they showed it to me and it happens anyway. It’s always more games, more games. If you talk about the clubs, it’s about money. What do you think with UEFA it’s about? FIFA wants a Club World Cup, whenever that should happen, that’s about money. Nothing else. It’s not only these clubs.

"Things will change and some things have to change, but usually you have to prepare these kind of things. It needs time and convincing, but one thing I can understand and what the people think is not right is the competitiveness. I get that. I said that before: I don’t like that we maybe not be in the Champions League, but if we earn it we want to be there like anybody else.”

The #LFC manager explains his thoughts on the breakaway proposals and reveals him and his players were not consulted on the decision.

“It shouldn’t surprise us. In all walks of life the powerful look after their own backs and don’t worry about the rest of us. The big teams are also created due to the opposition of the other teams, but it’s normal in the search for higher economic earnings they forget about the rest. The powerful are more rich and the weak are more poorer.

“It doesn’t do good to football in general, but there are a lot of structures that should’ve prevented these forces from coming. Surely they could’ve been put to work prior to this happening. For me, sincerely, I’m not surprised because in all walks of life the same things happen. Why wouldn’t it happen in football? The structures that have the ability to prevent this only start to do it now.”

Marcelo Bielsa: "It was a beautiful game. Both teams had periods where they dominated." pic.twitter.com/1tVamKI7Og

"It's amazing the amount of opera that comes in to the game when somebody's pockets are getting hurt, it's a shame it's not like that with racism."

Patrick Bamford speaks openly about his thoughts on the prospect of a 'European Super League' pic.twitter.com/DolVMBBg7p