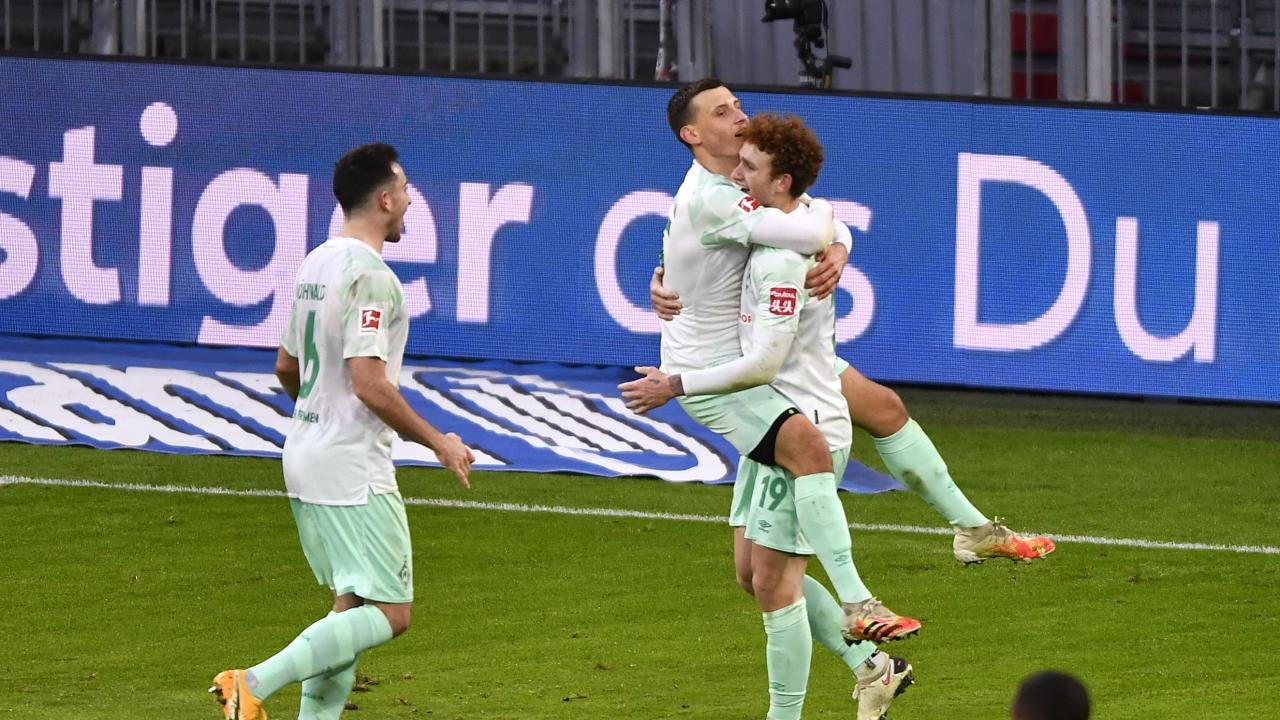 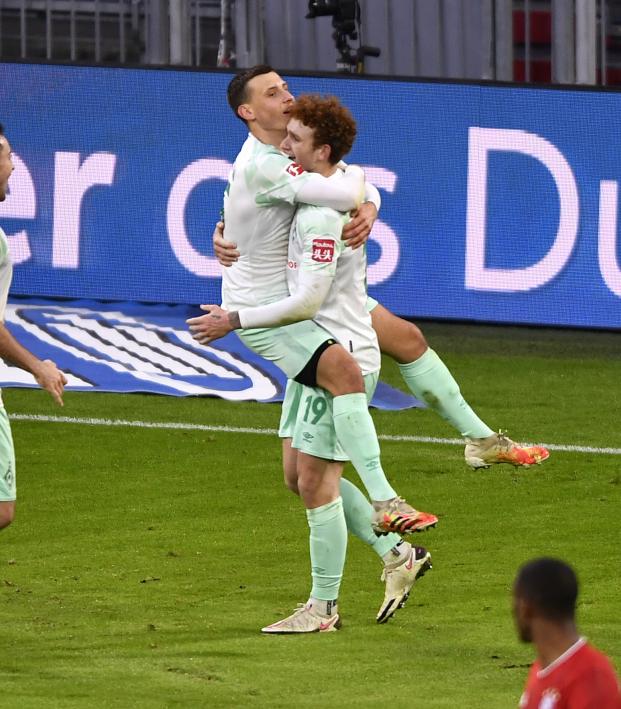 Reuters November 21, 2020
The American Sargent set up the first goal in a 1-1 draw between Werder Bremen and Bayern Munich.

MUNICH — Lackluster Bayern Munich had to come from behind to rescue a 1-1 draw against Werder Bremen on Saturday, slipping up for only the second time in its last 35 matches in all competitions, but still moving three points clear at the top of the table. Werder took a deserved lead on the stroke of halftime after American Josh Sargent set up Max Eggestein, who beat keeper Manuel Neuer with a well-placed left-footed effort.

That turn and assist from Josh Sargent

Bayern, which had won 33 of their previous 34 games in all competitions, did not get a single shot on target in the entire first half and had to wait until the 50th minute for Douglas Costa to rattle the crossbar with a fierce shot.

But Kingsley Coman drew them level, nodding in at the far post in the 62nd.

The hosts, however, have Neuer to thank for avoiding the second league defeat of the season after he beat Sargent in a one-on-one in the 88th minute.

Bayern is on 19 points, three ahead of RB Leipzig, which is in action later against Eintracht Frankfurt. Bayer Leverkusen is provisionally second on 18 after its 2-1 win over Arminia Bielefeld.