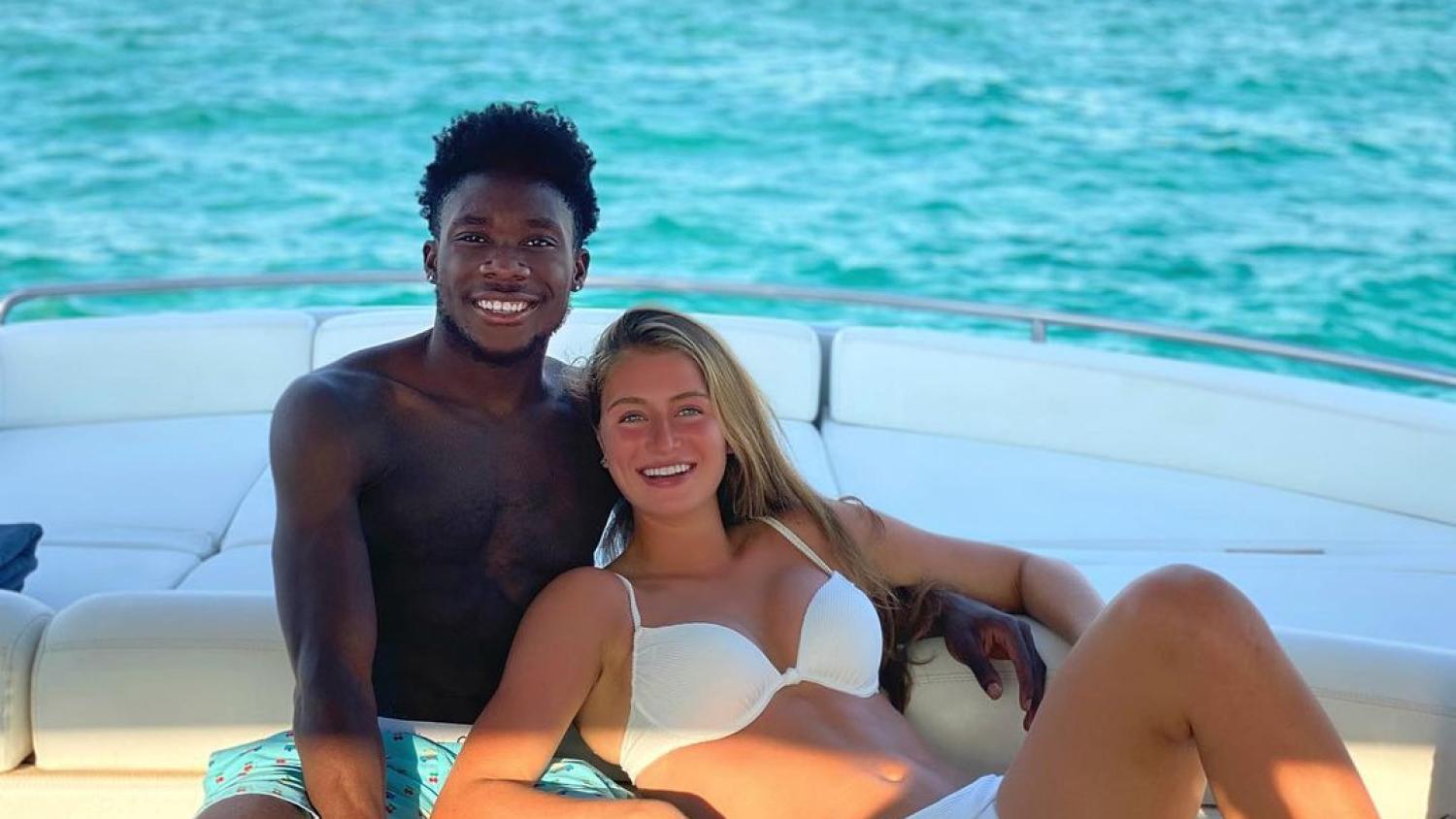 Jordyn Huitema and Alphonso Davies are two of the brightest young stars in soccer today. They also happen to be Canadian and have been a couple for at least the last three years. And they also have been bombarded with the most vile, disgusting racism imaginable at such a young age.

Huitema, 19, was a member of Canada’s 2019 Women’s World Cup squad and currently is a forward for one of the top clubs in France, PSG. Davies, who just turned 20, is a rising superstar at Bayern Munich, having just been named to the FIFA Best XI as a fullback. The two nearly became the first couple to win the Women’s and Men’s Champions Leagues in the same season earlier this year. Davies lifted the cup, but Huitema and PSG fell short in the semifinals.

“Our club stands for cosmopolitanism,” Bayern president Herbert Hainer told Bild. “The racist hostility will not be tolerated by us in any way. We founded the ‘Red Against Racism’ initiative some time ago, which we practice very actively throughout the club in all sports and areas. Exclusion, discrimination, hatred and violence in every form have no place in our world. No matter where you come from — football offers us all a home. Football has the power to connect people. As FC Bayern we always want to contribute to this.”

Canada Soccer stands firm against racism and discrimination of any kind both in the game and around the world. We are appalled with the hateful comments made to members of our players through social media.

Share love not hate and work together for a better world.#NoToRacism

Of course, now you’re wondering what sparked these statements in support of Huitema and Davies. It all stems from a delightful vacation pic Huitema posted of her and Davies relaxing on a boat in Ibiza, Spain. The post was from August, but it seems as though there’s been an uptick in racism over the last few weeks.

I refuse to type any of the vile racist comments onto our website. Some are still up on the Instagram post, which is still receiving hate (and love) from commenters. Bild wrote out a few of the comments in German (you can have your browser translate for yourself) and a few of the comments have been screenshotted and posted to Twitter.

I legit want to throw up pic.twitter.com/RKQaJmVG2T

I don’t know what kind of person has so much hate in them, but it’s a societal problem we all must address when so many humans have such abhorrence for other humans.

To their credit, Huitema and Davies have responded with class and grace, both making near identical posts to Instagram, disabling comments to prevent more pain.

“We will never see good in the world if all we see is the color of each other’s skin,” Huitema said. “We are all part of one race, the human race.”

This is, unfortunately, nothing new for footballers of color in North America and around the world. Recently USMNT defender Mark McKenzie said he’s always had a target on his back and has constantly face racial abuse while playing soccer. When fans returned to MLS stadiums in August, they immediately booed players who knelt for human rights. When FC Dallas player Reggie Cannon called fans out for their gross behavior, the club wanted him to apologize. Cannon refused and he’s now playing in Portugal with Boavista.

Sadly, with politicians and public leaders around the globe continuing to spew similar hate, pathetic racism will continue on our hate-filled planet.