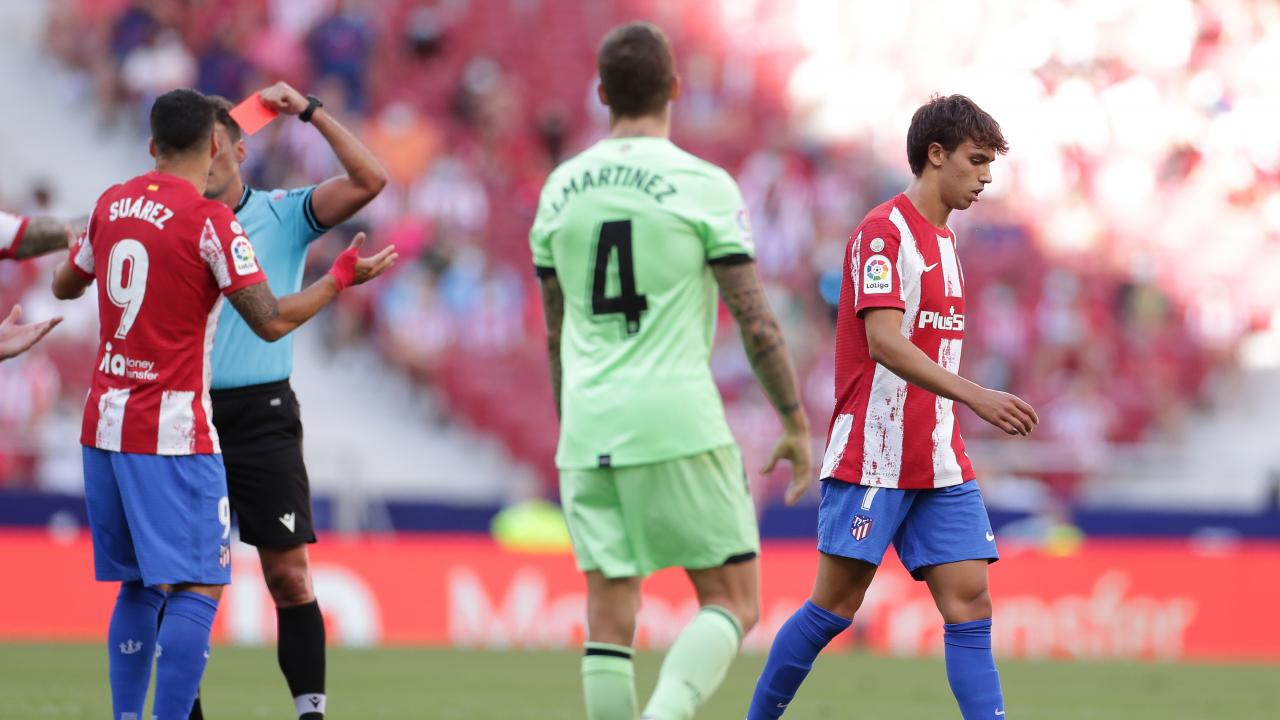 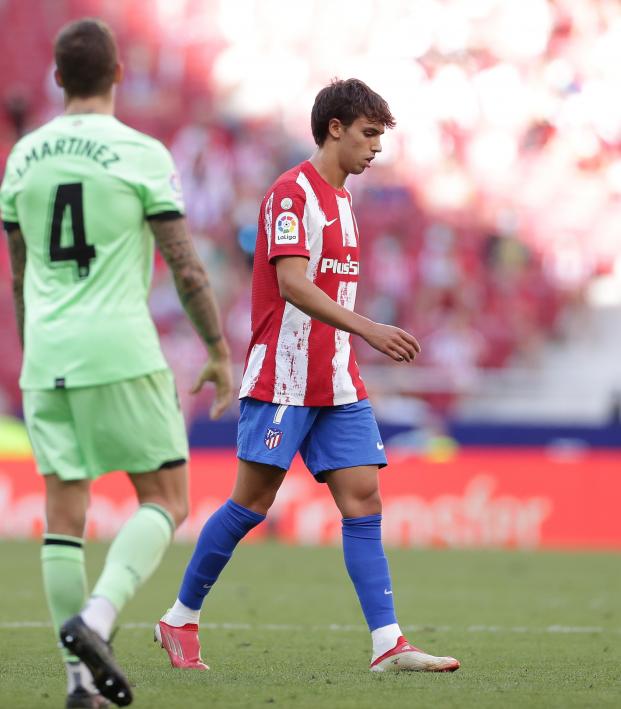 MADRID, Sept 18 (Reuters) - Atletico Madrid forward Joao Felix was sent off as the LaLiga champions were held to a 0-0 draw at home to Athletic Bilbao on Saturday.

Felix, Atletico's record signing, was shown a yellow card for striking Unai Vencedor in the 78th minute and the Portuguese reacted to the decision by shouting at the referee, who instantly produced a second card and sent him off.

Felix had only been on the pitch for 18 minutes when he was dismissed, with Spanish media reporting the Portuguese said "Are you crazy?" to match official Jesus Gil Manzano after being penalized for tangling with Vencedor as they challenged for the ball.

Joao Felix was sent off after receiving two yellow cards in the space of ten seconds against Athletic Bilbao pic.twitter.com/2bTG4M5BTH

Diego Simeone's side are top of the standings with 11 points from five games while Athletic, who are also unbeaten, have nine.

"Joao was running and had no intention of hitting his opponent, I don't know what happened next but people say things in the heat of the moment but they (referees) have to understand that when your adrenaline is running high you sometimes say things you shouldn't," said Atletico defender Stefan Savic.

Atletico were fortunate to not lose the game in added time when visiting striker Asier Villalibre met a through ball from Alex Berenguer inside the area but the forward somehow spurned the glorious chance and missed the target.

The Basque side had wasted another clear opportunity early in the second period when Inaki Williams fired straight at goalkeeper Jan Oblak after some indecision in the Atletico defence.

Atletico created few opportunities in another uninspiring home performance following Wednesday's 0-0 draw with Porto in the Champions League, with their best moment coming when Marcos Llorente struck the far post with a shot from outside the box.

Antoine Griezmann made his first league start at the Wanda Metropolitano since returning to Atletico on loan from Barcelona but the Frenchman had another poor display and was hauled off in the 55th minute as part of a triple change from Simeone.