David Moore August 16, 2022
If you send a player death threats, you seriously need to rethink your life.

Crystal Palace defender Joachim Andersen is dealing with one of the ugliest sides of the beautiful game: social media.

The Danish defender said he has received hundreds of death threats after Palace’s 1-1 draw with Liverpool on Monday. The Andersen death threats came after Liverpool’s star signing Darwin Nuñez was red carded for headbutting him.

Darwin Núñez has been sent off!

See what happened to lead to his red card. #LIVCRY #LFC #CPFC pic.twitter.com/5JghB5RvAu

Andersen had a bit of a masterclass performance on Monday for how to annoy a forward. The Danish defender was constantly harassing Nuñez within the laws of the game and eventually got the Uruguayan striker to snap.

The systemic mannerism employed by Andersen to frustrate Darwin Nunez into getting a red card is a testament of what the EPL is all about. Nunez had better learn from that

He has called on Instagram and the Premier League to do literally anything. 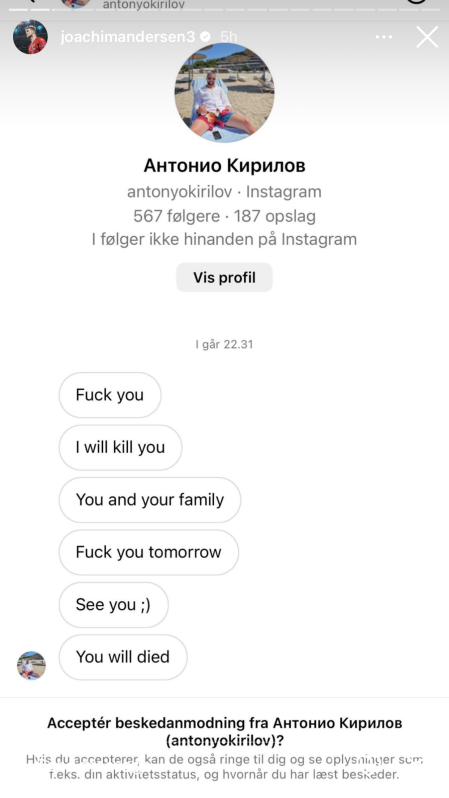 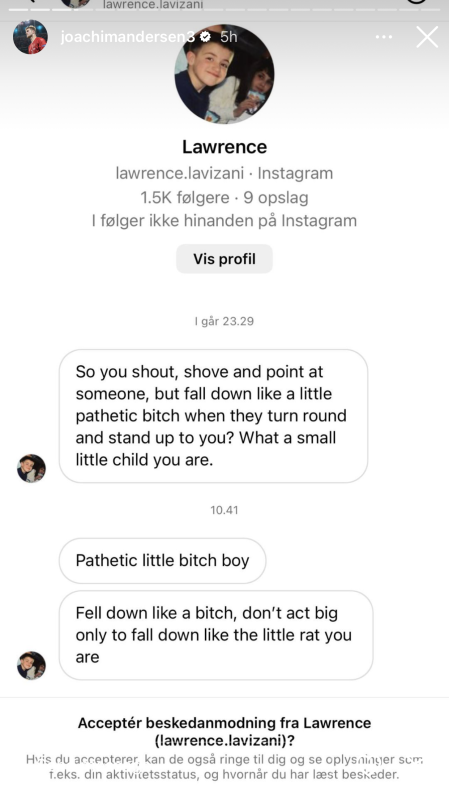 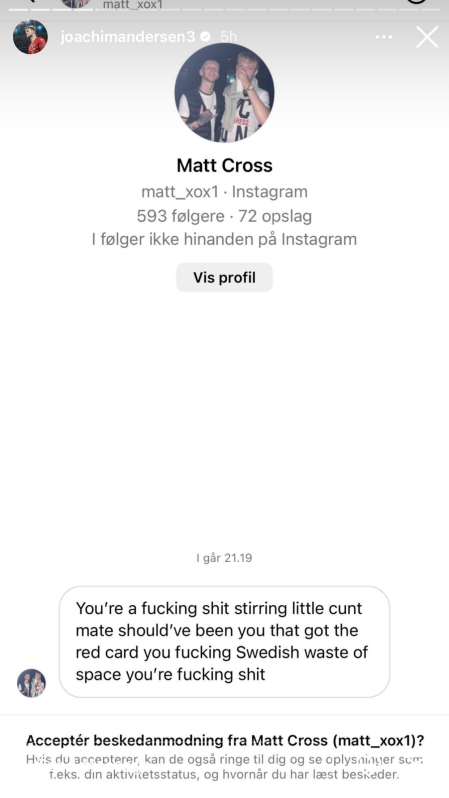 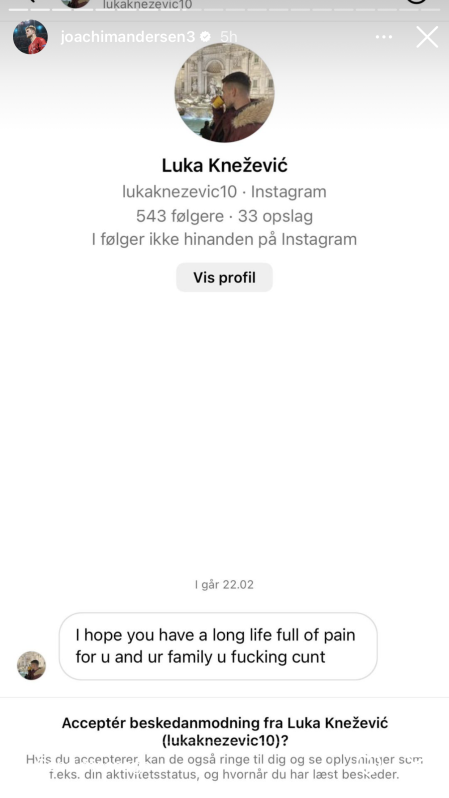 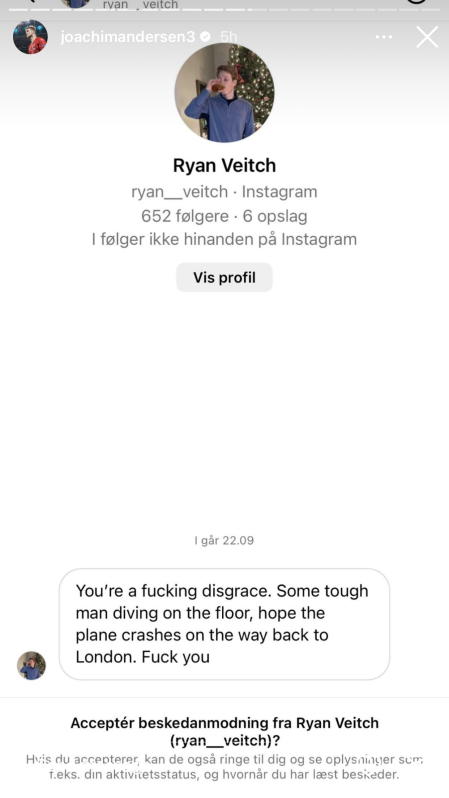 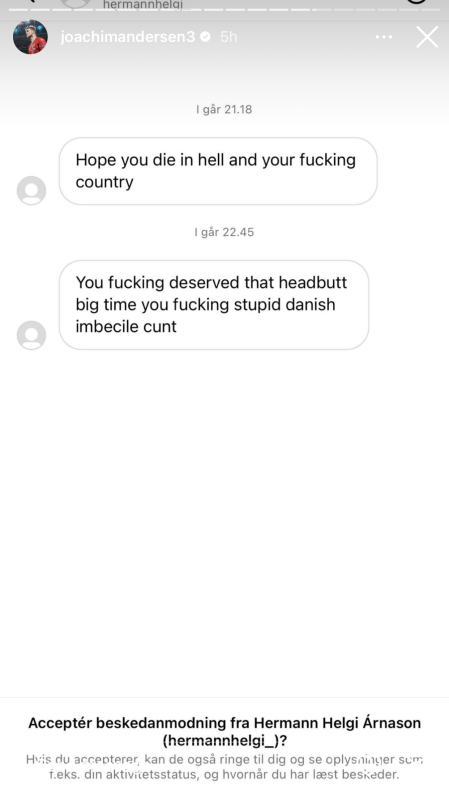 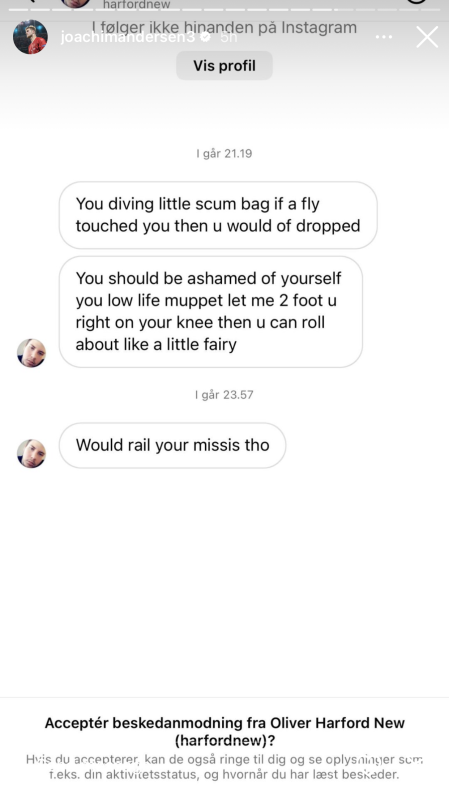 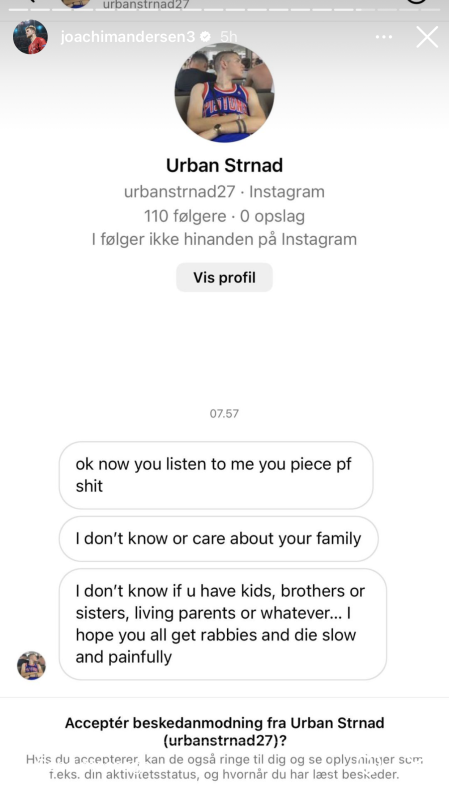 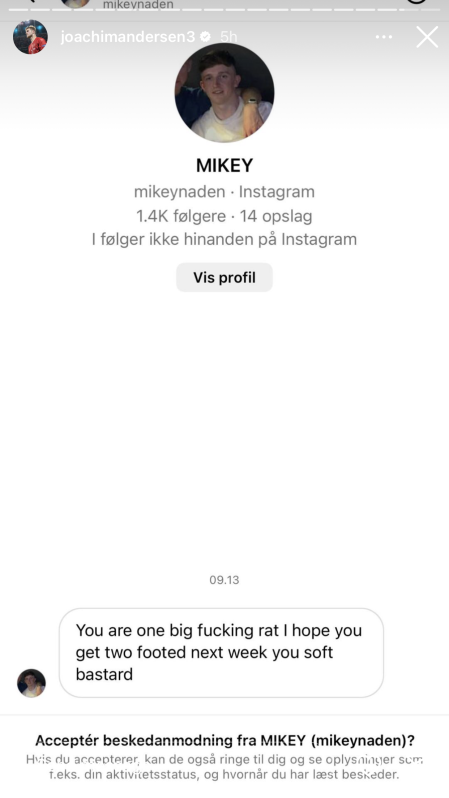 Threats and harassment via social media are nothing new in the soccer world. Last summer English players Jadon Sancho, Marcus Rashford and Bukayo Saka were victims of harassment and racial abuse online after missing their penalty kicks in the Euro final.

Unfortunately, the soccer sphere is filled with tons of scumbags. When those people can hide behind screens without consequences they tend to do the most foul and disgusting acts.