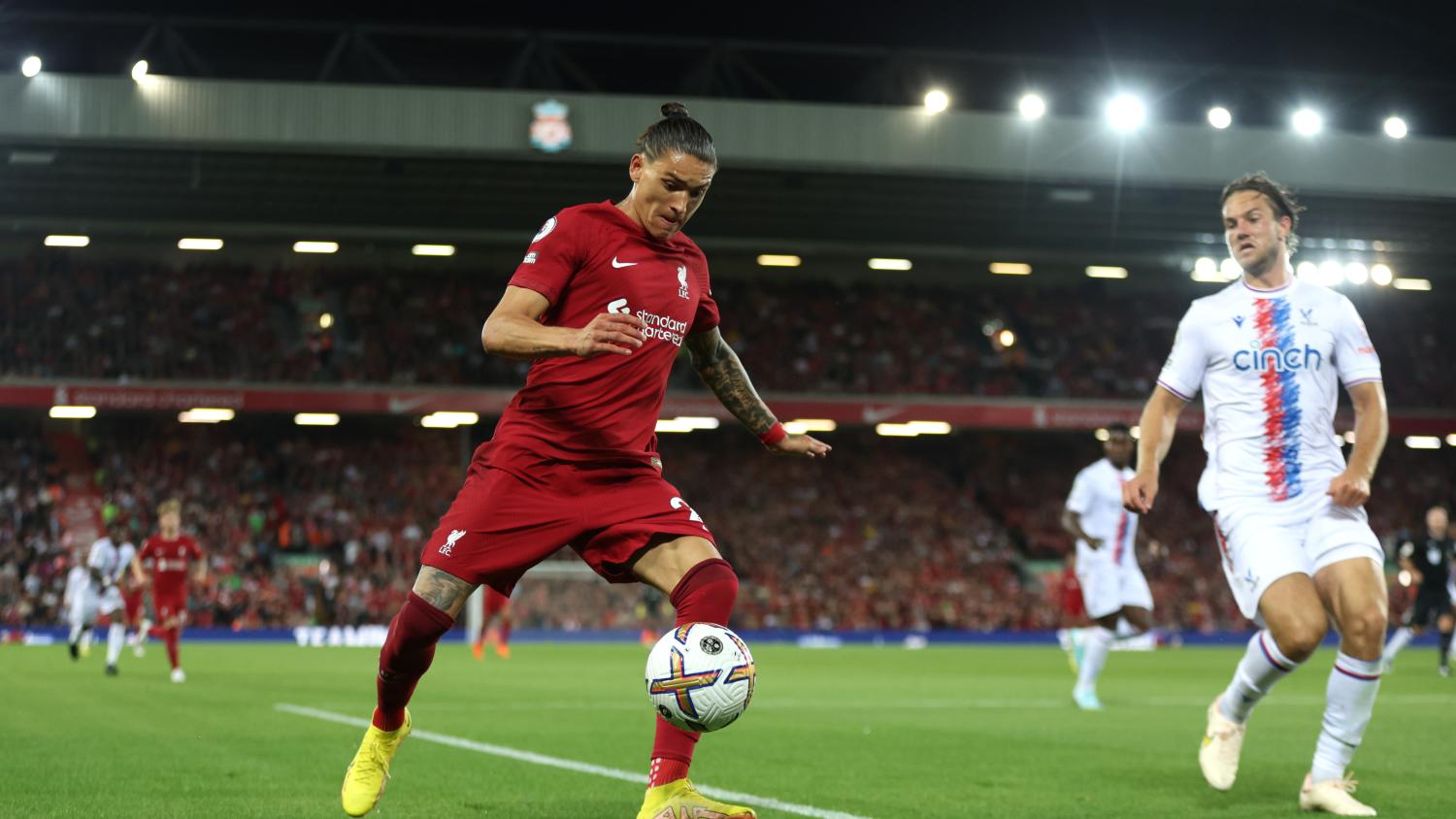 Two games into the season, Liverpool is already four points behind Manchester City. A second straight draw to open the season has Jürgen Klopp’s side well off the pace, and if he wants to place blame, he need look no further than the Darwin Núñez red card against Crystal Palace.

A venomous Luis Díaz goal salvaged a 1-1 draw against Crystal Palace for 10-man Liverpool on Monday at Anfield. Wilfried Zaha scored for the visitors and nearly netted a late winner, but the biggest talking point of the day was the red card for Liverpool’s new Uruguayan striker. (Oh, and an American made his Premier League debut.)

Darwin Núñez arrived in Liverpool on a $82.5 million transfer from Benfica over the summer. In 39 minutes of action in his Premier League debut, he had a goal and an assist in a 2-2 draw with Fulham.

On Monday, he showed a more detrimental side to his game, starting the match but being shown a straight red for violent conduct.

In the 57th minute, Darwin and Palace center back Joachim Andersen were involved in a tussle for the ball. After the play, Andersen gave Darwin a shove in the back, to which the Uruguayan responded with a headbutt that sent Andersen slowly to the ground like a felled tree.

Darwin Núñez has been sent off!

See what happened to lead to his red card. #LIVCRY #LFC #CPFC pic.twitter.com/5JghB5RvAu

But it was a clear red card, and Darwin took an early shower.

Down a man and a goal, Anfield erupted in frustration. Then Luis Díaz gave the crowd a reason to let it all out.

Díaz, himself brought in earlier this year (in January), basically said “Fuck it, I’ll do it myself,” scoring this incredible solo goal moments after the Darwin red card.

Despite playing the final 30-plus minutes down a man, Liverpool still dominated the final phases of the match, though both teams had chances to win it.

In the end, the only other goal of the night was from Zaha, who hit Liverpool with a brilliant counter in the first half.

A well-timed pass to Zaha gives Crystal Palace the lead at Anfield! #LIVCRY

The result left Manchester City and Arsenal atop the Premier League table as the only two teams with six points through two matches. Liverpool is in 12th with two points, four back of the league leaders, a measly two points ahead of last-place Manchester United, which welcomes the Reds to Old Trafford next week. Palace escaped the relegation zone with its first point of the season.

From an American perspective, the most notable outcome of the match was a Premier League debut for Chris Richards. The 22-year-old American center back arrived in London from Bayern Munich on a $13.2 million fee and came on in the 79th minute to try to hold on to the draw.

Richards was played as a right wingback despite being a center back by trade. He could have closed down better on a cross or two but otherwise had a solid outing. He had a chance to win the match when he got his head to a late corner kick, but the ball skewed to Andersen, who then missed the target from six yards out.

In other USMNT news on Monday, Weston McKennie commented on some shite U.S. World Cup jerseys before starting and playing 75 minutes in Juventus’ Serie A opener, a 3-0 win over Sassuolo.