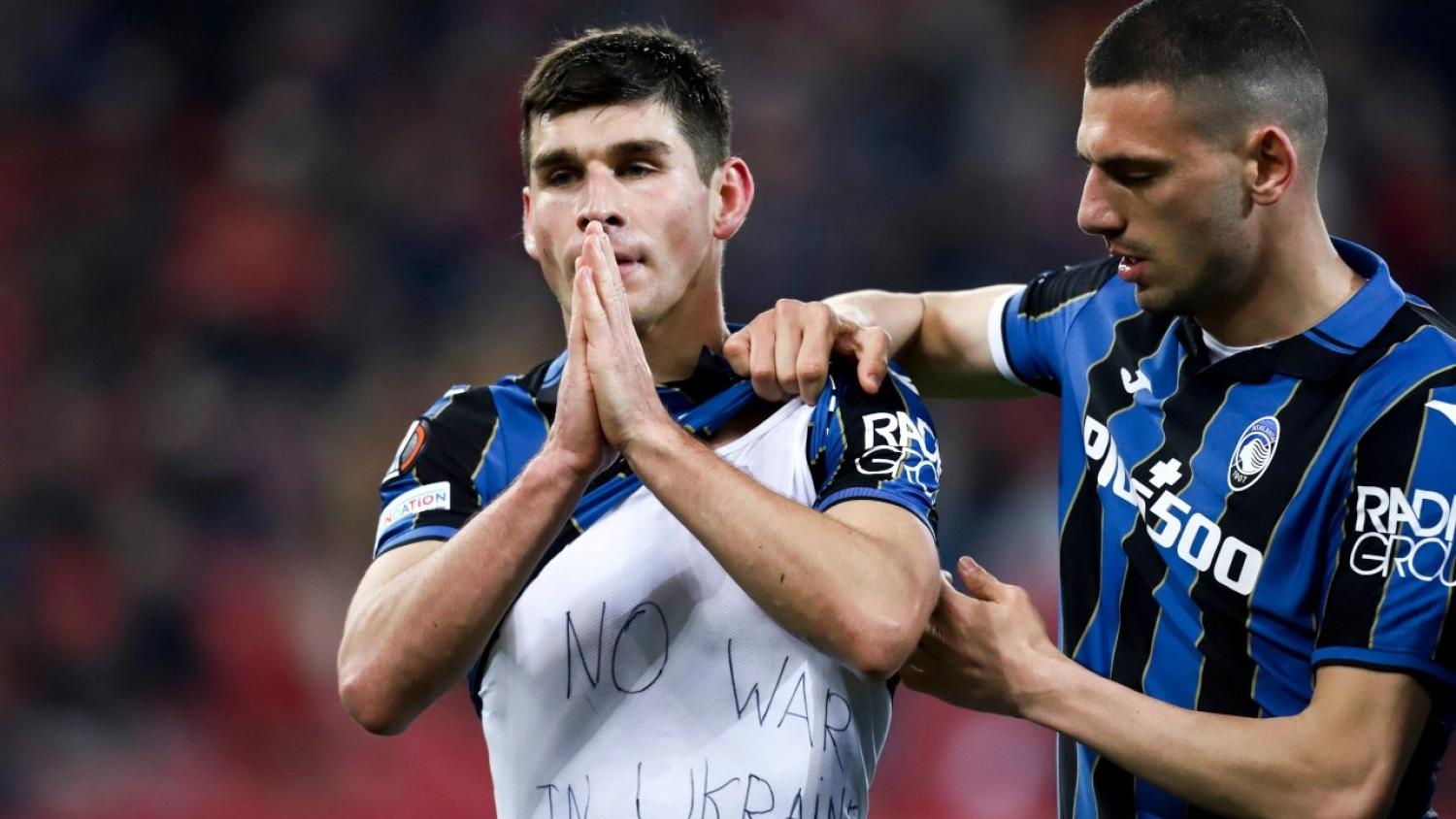 The soccer world has spoken out against Putin.
Twitter

Vladimir Putin’s invasion of Ukraine on Thursday has brought harsh criticism from the soccer community and could have major ramifications. Russia launched the largest attack on a European country since the second World War with its attacks on Ukraine. This article will aim to cover how the Russia Ukraine conflict will affect soccer. If you want a full recap of what happened in Ukraine, you can find that here.

The soccer associations of Poland, Sweden and Czech Republic are scheduled to play in a World Cup qualifying playoff with Russia in March. Poland is supposed to play in Moscow in the first leg on March 24. If Russia were to win the tie, then the winner between Sweden and the Czech Republic would also have to play a leg in Russia.

"The Football Associations of Poland (PZPN), Sweden (SvFF) and Czech Republic (FACR) express their firm position that the playoff matches... should not be played in the territory of the Russian Federation," the three associations said in a joint statement.

FIFA is monitoring the situation and has released a statement condemning Putin and Russia.

"FIFA condemns the use of force by Russia in Ukraine and any type of violence to resolve conflicts. Violence is never a solution and FIFA calls on all parties to restore peace through constructive dialogue."

Ukrainian clubs Dynamo Kyiv and Shakhtar Donetsk are hot spots for young Brazilian talent in recent years. Shakhtar has 13 Brazilian players on its roster alone while Kyiv has one.

The players and their families posted a video from a hotel pleading for help and to be rescued from the fighting in Ukraine. The players have asked for Brazilian authorities to get them out.

"We really feel abandoned because we don't know what to do," one of the women said. "We don't know how to resolve this situation."

The 2022 Champions League final was originally scheduled to be played in St. Petersburg. UEFA had an emergency meeting on Thursday after Russia’s invasion of Ukraine. On Friday, UEFA announced the final will be played in Paris at the Stade de France.

"UEFA wishes to express its thanks and appreciation to French Republic President Emmanuel Macron for his personal support and commitment to have European club football’s most prestigious game moved to France at a time of unparalleled crisis," UEFA said in a statement. "Together with the French government, UEFA will fully support multi-stakeholder efforts to ensure the provision of rescue for football players and their families in Ukraine who face dire human suffering, destruction and displacement."

"At today’s meeting, the UEFA Executive Committee also decided that Russian and Ukrainian clubs and national teams competing in UEFA competitions will be required to play their home matches at neutral venues until further notice."

German club Schalke has responded to Russia’s aggression by dropping the kit’s main sponsor, Gazprom. The Russian state-owned energy giant won’t be getting anymore sponsorship from the 2. Bundesliga side.

ℹ️ Following recent developments, FC Schalke 04 have decided to remove the logo of main sponsor GAZPROM from the club's shirts. It will be replaced by lettering reading ‘Schalke 04’ instead.#S04 pic.twitter.com/9kpJLRzTQ7

Official. Schalke 04 statement confirms they will immediately remove the logo of Russian state-owned energy giant Gazprom from its jerseys. Main sponsor will be removed with immediate effect. #Schalke pic.twitter.com/E78mF3uHGT

Schalke isn’t the only German club to speak out as Borussia Dortmund condemned the violence.

"We are shocked and saddened that war has broken out on European soil. BVB strongly condemns this blatant violation of international law! Our thoughts are with the people in the #Ukraine."

Russian And Ukrainian Players Speak Out

Ruslan Malinovskyi, a Ukrainian international, scored a brace for Atalanta in the Europa League on Thursday vs. Olympiacos. After scoring his first goal he revealed a message on an undershirt asking for the war to be stopped.

A strong goal with an even stronger message.

He wasn’t shown a yellow card for taking his jersey off.

Russia and Dynamo Moscow striker Fedor Smolov took to social media to vocalize his support for Ukraine during the turmoil. He’s the first Russian player to do so.

Fedor Smolov is one of the first Russian footballers to speak out against Russia's invasion of Ukraine. pic.twitter.com/aoZ2S8oHDk

Other players and fans showed support for Ukraine during the Europa League on Thursday.

We support the people of Ukraine!

Thank you for your support! pic.twitter.com/As9ifpLjnS

Russian billionaire and Chelsea owner Roman Abramovich could find himself in trouble over his alleged relationship with Putin. On Thursday, a member of British Parliament questioned if Abramovich should still be allowed to own a club in England.

“Mr Abramovich should no longer be able to own a football club in this country? We should be looking at seizing some of his assets including his 152 million pound home and make sure that other people that have Tier 1 visas like this are not engaged in malign activity in the UK.” pic.twitter.com/yFnWQ8eOG8

The UK is targeting Russian oligarchs with sanctions following the invasion, however Abramovich wasn’t included in those being targeted. Reports are that it’s unlikely the Russian owner will ever be allowed to live in the UK.