UEFA Moves Champions League Final Out Of Russia, Into France 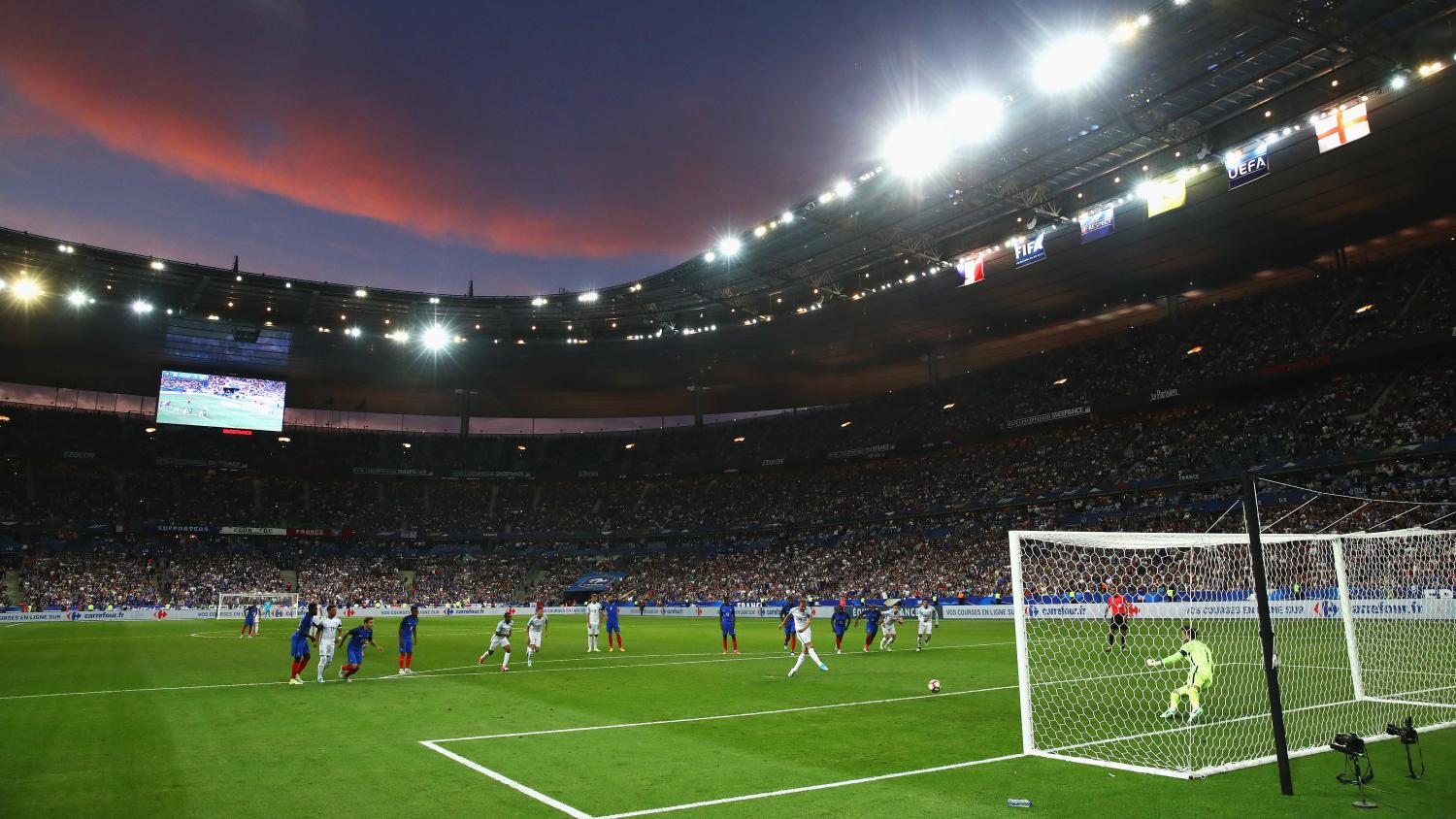 The Champions League final will be played at the Stade de France in Paris, not St. Petersburg.
Getty Images

UEFA moved this year's Champions League final from St. Petersburg to Paris in the wake of Russia's invasion of Ukraine, European soccer's governing body said in a statement on Friday.

UEFA also said the home games of Ukrainian and Russian club and national teams competing in UEFA competitions would be played at neutral venues "until further notice."

The governing body thanked French President Emmanuel Macron for his "personal support and commitment" in taking on the final.

It added that it would "fully support multi-stakeholder efforts to ensure the provision of rescue for football players and their families in Ukraine who face dire human suffering, destruction and displacement".

The Champions League final was set to be staged at Zenit St. Petersburg's stadium on May 28 with thousands of supporters from across the continent expected to attend the showcase match in European club soccer.

Kremlin spokesman Dmitry Peskov told reporters on a conference call: "It's a shame that such a decision has been made. St. Petersburg could have provided all favourable conditions to hold this festival of soccer."

Thomas Tuchel, the German manager of last season's Champions League winners Chelsea, who are owned by Russian Roman Abramovich, said he agreed with the decision.

"Yes, a clear yes. Sadly I think it's the worst reason to change a location, the absolutely worst reason. We feel horrible about it in general, it clouds our minds and our focus. We understand the decision," he told a news conference.

UK Culture Secretary Nadine Dorries, who is responsible for sport, said the decision was justified.

"Russia must not be allowed to exploit sporting and cultural events on the world stage to legitimise its unprovoked, premeditated and needless attack against a sovereign democratic state," she said.

The move to strip St Petersburg of the final follows calls from a group of European lawmakers who asked UEFA on Thursday to change the venue and stop considering Russian cities for major international soccer competitions.

The lawmakers also asked UEFA to end Gazprom's sponsorship of the continent's elite club competition. Friday's UEFA statement made no mention of Gazprom, however.

The president of the Russian Football Union (RFU) Alexander Dyukov, who also serves on the UEFA executive and is CEO of Gazprom subsidiary Gazprom Neft, criticised the UEFA move.

"We believe that the decision to move the venue of the Champions League final was dictated by political reasons. The RFU has always adhered to the principle of "sport is out of politics", and thus cannot support this decision," he said in a statement on the RFU's website.

"The RFU also does not support the decision to transfer any matches involving Russian teams to neutral territory as violating the sports principle and infringing on the interests of players, coaches and fans," he added.

The 2023 Champions League final is set to be contested in Istanbul with Wembley in London hosting the following year and Munich's Allianz Arena the venue for the final in 2025.