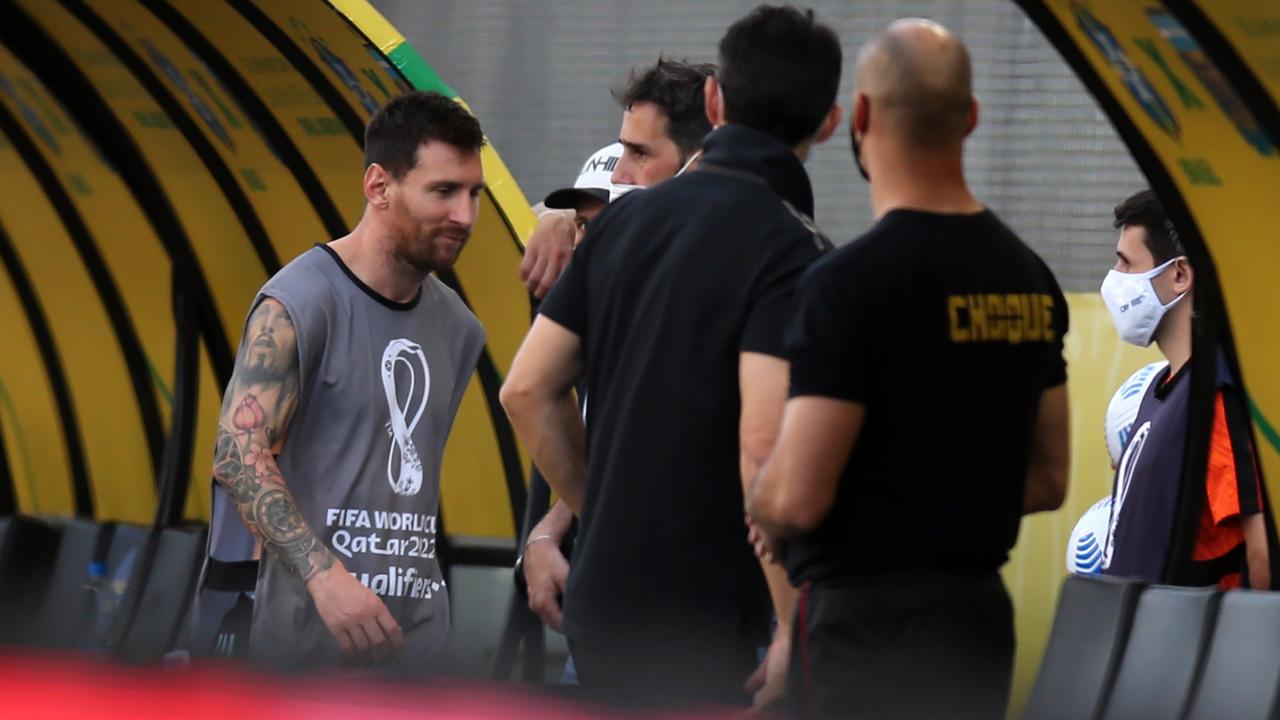 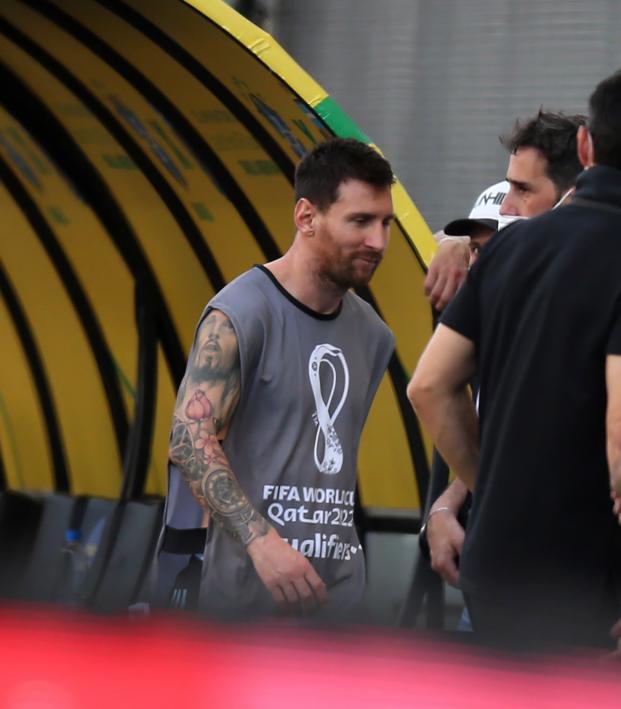 MANCHESTER, England - FIFA is investigating the abandonment of the Brazil-Argentina World Cup qualifier with its president Gianni Infantino labelling the events "crazy,” while Tottenham Hotspur are reportedly ready to take disciplinary action against their Argentine players.

Aston Villa goalkeeper Emiliano Martínez and Spurs duo Cristian Romero and Giovani Lo Celso were on the Neo Química Arena pitch as part of Argentina's team when officials from Brazil's health regulator Anvisa walked onto the field and stopped the game around five minutes after kickoff. Villa midfielder Emiliano Buendía had also travelled from the UK and was in the stands.

Anvisa said Brazilian rules make clear that travelers who have been in the UK, South Africa or India during the previous 14 days are forbidden from entering the country unless they are Brazilian citizens or have permanent residency.

It said Argentine players had made false statements about their previous whereabouts on immigration forms. Brazil's Federal Police said on Monday they had opened a formal inquiry into the actions of the Argentine players who, a spokesperson said, were deported.

"We can confirm an investigation has begun into the possible crime of supplying false information," a spokesperson said. "Yesterday, the players were notified they must leave the country, which is the regular procedure, and statements from them were taken."

The Argentina squad left Brazil together on Sunday night and flew back to Buenos Aires. FIFA said it had received reports from match officials.

"The information will be analyzed by the competent disciplinary bodies and a decision will be taken in due course," world soccer's governing body said in a statement.

Infantino, in a video address to the European Club Association's general assembly, said the situation was a reminder of the difficulties faced during the pandemic.

"We saw what happened with the game between Brazil and Argentina, two of South America's most glorious teams," Infantino said. "Some officials, police, security officials entered the pitch after a few minutes of the game to take away some players — it is crazy but we need to deal with these challenges, these issues which come on top of the COVID crisis."

Alejandro Martínez, brother of Emiliano, said the players were due to fly from Argentina to Croatia, which is a UK green-list country, later on Monday to avoid the 10-day mandatory hotel quarantine on return to the UK from a red-list country.

"They will travel to Croatia to do their quarantine there and then go to England," Alejandro told radio station La Oral Deportiva. "That was the condition set by Aston Villa."

The Argentine Football Association (AFA) said Martínez and Buendía had been released from the national team, meaning they will not take part in Thursday's qualifier at home to Bolivia. The AFA later released Spurs pair Lo Celso and Romero, saying, “they are out of the game against Bolivia and can return to their club.”

The website football.london said the Spurs pair could expect club fines on their return to England having made the trip without the permission of their club. Villa and Tottenham declined to comment.