More than half of all players at the finals of last year's European Championship and Africa Cup of Nations (AFCON) were subjected to some form of discriminatory abuse online, a report published by global soccer governing body FIFA has revealed.

The independent report used artificial intelligence to track over 400,000 posts on social media platforms during the semifinal and final stages of the two competitions and found the majority of abuse to be homophobic (40%) and racist (38%). 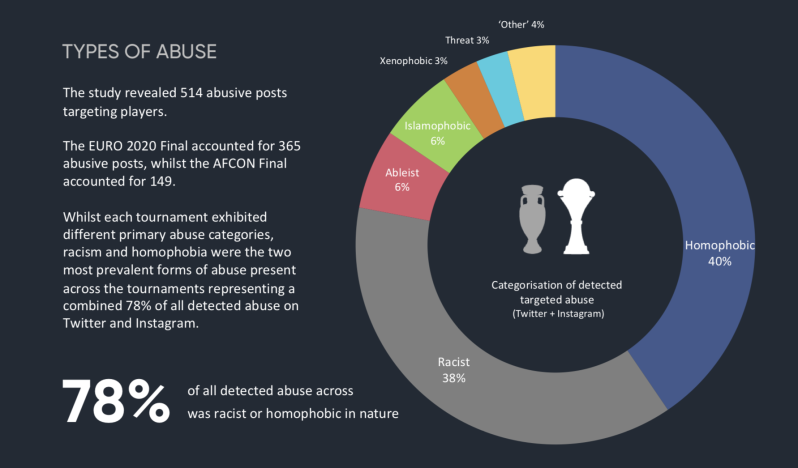 It added that much of the abuse came from players' home nations and took place before, during and after games.

England's Marcus Rashford, Jadon Sancho and Bukayo Saka were bombarded with online abuse after missing their spot-kicks in a shootout against Italy which settled the July 11 European Championship final after the game finished in a draw.

The report said a substitute player from Egypt was the most abused player at the AFCON finals this year. 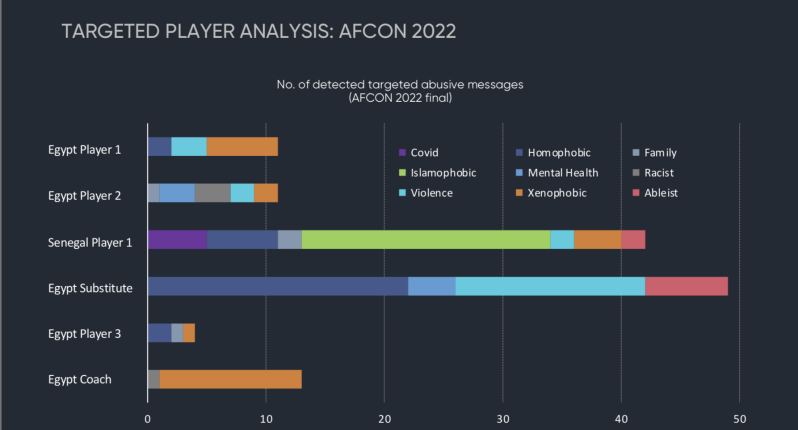 "Our duty is to protect football and that starts with the players who bring so much joy and happiness to all of us by their exploits on the field of play," FIFA President Gianni Infantino said in a statement on Saturday.

Ahead of the World Cup starting in Qatar in November, FIFA said it would work with players' body FIFPRO to implement a plan to protect teams, players, officials, and supporters from abuse on social media during international tournaments.

The two bodies will launch moderation tools and offer educational support and mental health advice to players at FIFA tournaments.

(Reporting by Shrivathsa Sridhar in Bengaluru; Editing by Ken Ferris)