Premier League Has Found Solution To All Of VAR’s Offside Problems: Thicc Lines 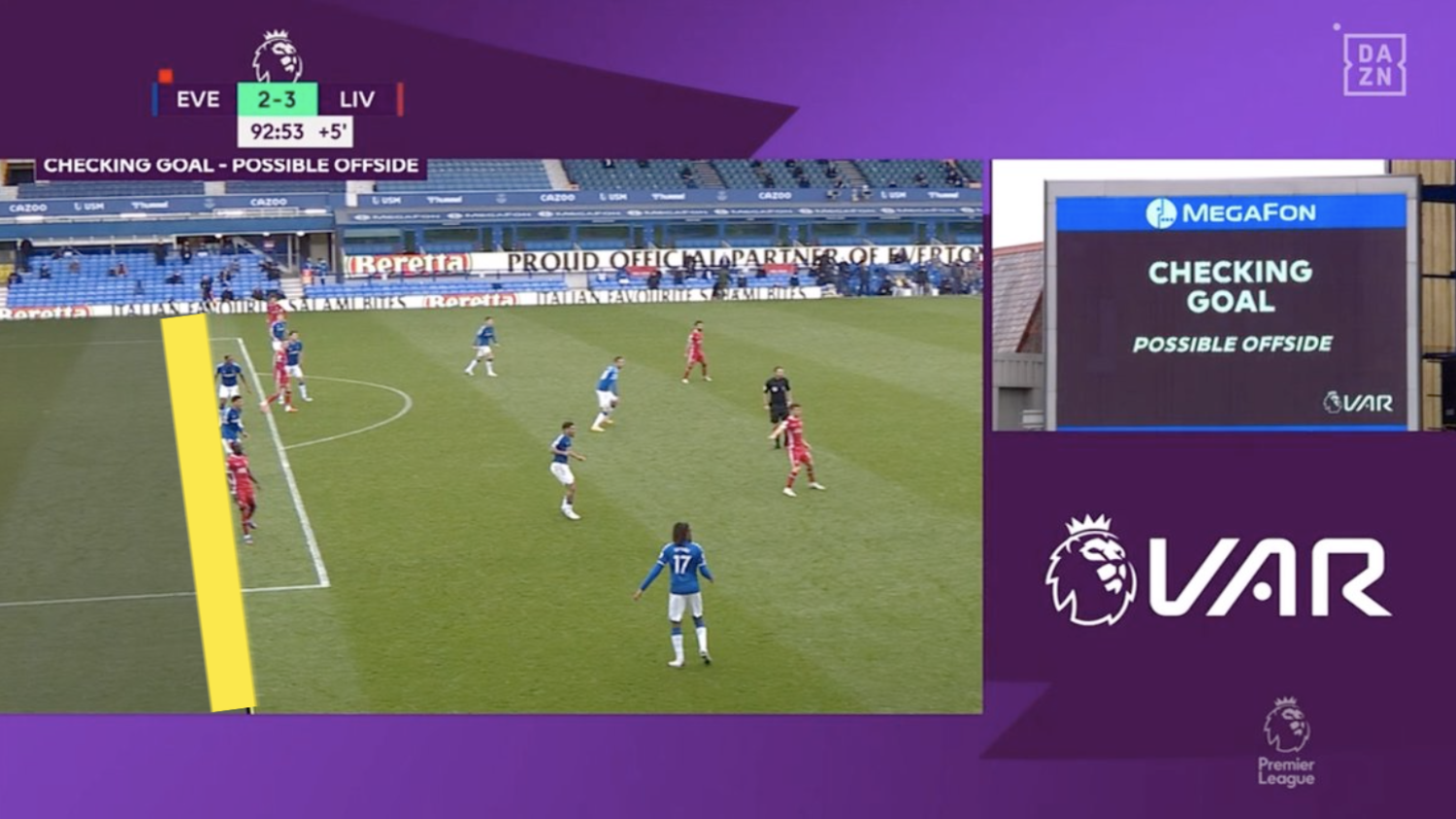 VAR is such a mess that no one knows what the hell is going on anymore.
The18

People have been complaining about the implementation of the Video Assistant Referee in the Premier League for well over a year now. Next season, the introduction of thick VAR lines could solve that issue, according to The Times.

The Premier League will introduce ‘thicker’ offside VAR lines next season, according to The Times pic.twitter.com/H2Wn44NTlA

The annual Premier League meeting has decided that to improve the game, we need to do some lines. Thick lines to be exact.

The thicker lines will hopefully give a bigger advantage to attacking players who have had goals called back for either an armpit hair being offside or their toenail being a pixel offside. The new lines will be similar to the “tie goes to the runner” rule in baseball. Perhaps the saying for the thick VAR lines will be “thick line goes to number nine” or something spiffy like that. Anything will do so we don't have to deal with insane moments like Liverpool's winner against Everton being erased.

This conversation about thicker VAR lines was first introduced in March 2020, however, a global pandemic pushed it to the back of most people’s mind. It’s worth noting that the International Football Association Board — the sport’s rule makers — said the Premier League is allowed to thicken the lines to help with marginal decisions.

We’ll wait and see if the decision goes through to actually fatten the lines. I’m sure Timo Werner is out there somewhere praying for a thick VAR line. Werner had at least five goals during the 2020-21 season that were called back for being offside.

Personally, I think the thicker lines could resolve some of the tension surrounding VAR. The system won’t ever be perfect, but it can certainly improve. The first step for improvement is to not put the game in a courtroom after every goal. The system was put in place to overturn clear and obvious errors, not to zoom in 17 times to discover that some dude’s knob is just peaking over the magical offside line.