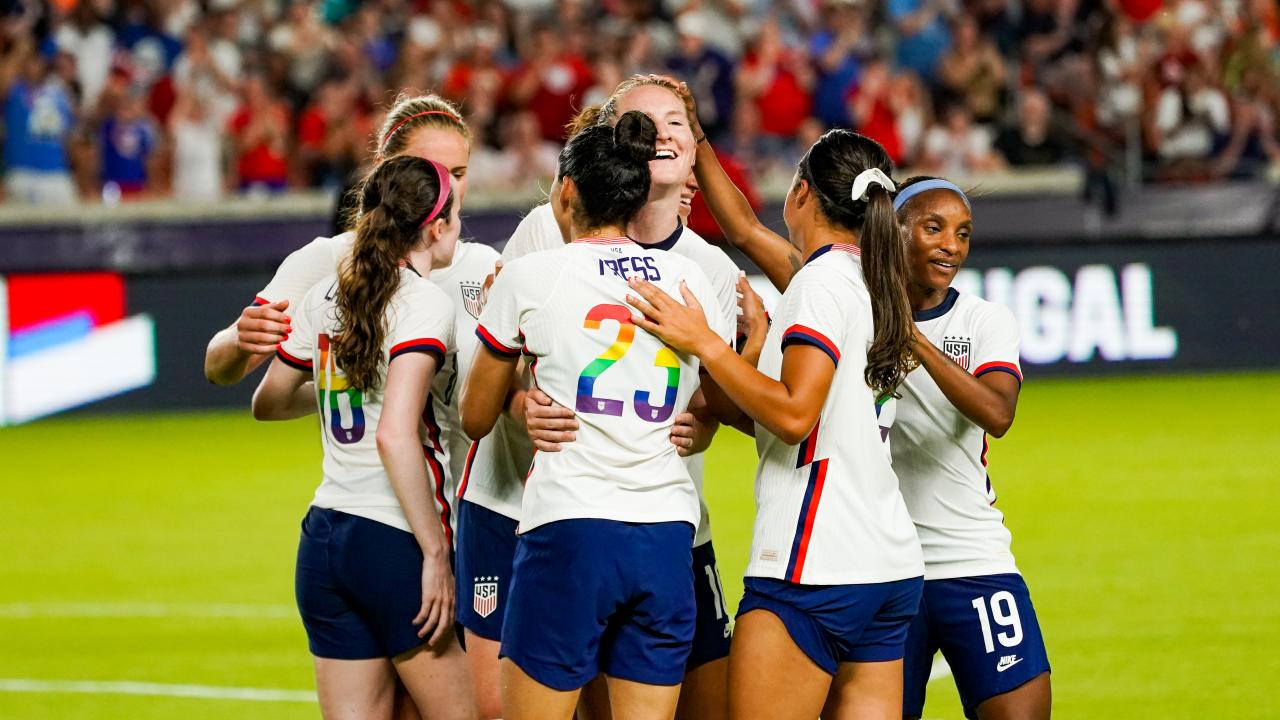 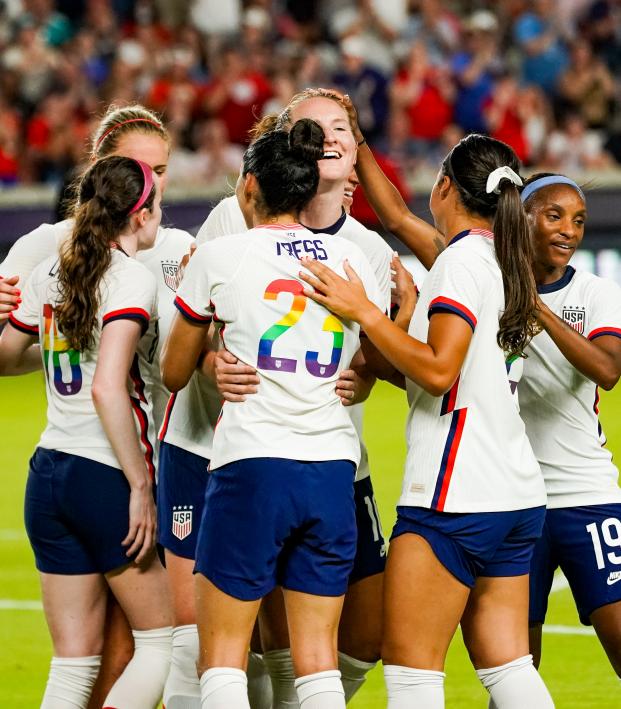 If Thursday's USWNT vs. Portugal friendly was just an adventure in playing without Julie Ertz, it wasn’t the most pleasant trip. Defensively, Lindsey Horan did a great job of protecting the back four with Alyssa Naeher recording only one save.

But it was all sluggish going forward in Houston with the temp reading 86° and 69% humidity. The front three of Alex Morgan, Christen Press and Megan Rapinoe failed to largely trouble Inês Pereira, while Rose Lavelle wasn’t able to make her mark over 90 minutes.

Press had the best effort of the first half, but Pereira was equal to it.

Rapinoe did create one fantastic chance for Morgan early in the second 45 when finding her with a swerving cross, but Morgan shinned her attempted volley wide.

In the end — after 76 minutes at BBVA Stadium — it was Sam Mewis who stationed herself a couple yards from goal, made no run, attracted zero defensive interest and was perfectly found by Press’ corner.

Breakthrough! @sammymewy puts the @USWNT in front off the set piece pic.twitter.com/JbIsUV3rx9

The U.S. ended with 65% possession and 26 attempted shots with 10 on target, but Portugal stood firm. Right back Catarina Amado, defensive midfielder Dolores Silva and an experienced center back pairing combined to keep the U.S. at arm’s length, and Jéssica Silva produced a few dangerous moments going forward.

It’s always annoying to see the USWNT’s opponents diminished to what Alexi Lalas said at halftime: “They’re not good and they know they’re not good.”

Portugal’s rise over the last five years has been eye-catching. It’s worth remembering that as recently as 2007, Portugal’s attempt to qualify for the World Cup saw the team play eight matches, lose eight, score four and concede 31.

There simply wasn’t anywhere for women to seriously develop in Portugal at the time, but they’ve since risen from 47th to 29th in the world rankings. Key to this has been the foundation of women’s teams at Sporting (2016), Braga (2016) and Benfica (2017).

70% of Thursday’s 23-woman roster was comprised of players from those three clubs.

“The establishment of new teams has been the other central issue for us,” said Monica Jorge, Head of Women’s Football Development in Portugal. “Renowned clubs like Sporting CP, Benfica and SC Braga have all created women’s sections, which has contributed to the development of our discipline. This in turn has enhanced its appeal to the media, to fans and consequently to sponsors.”

It’s no surprise that the U.S. now has a 10-0-0 all-time mark against Portugal, but they’ll be back even stronger in the years to come.

As for the USWNT, their preparations continue on Sunday against Jamaica. The Reggae Girlz defeated Nigeria 1-0 in Thursday's earlier match.