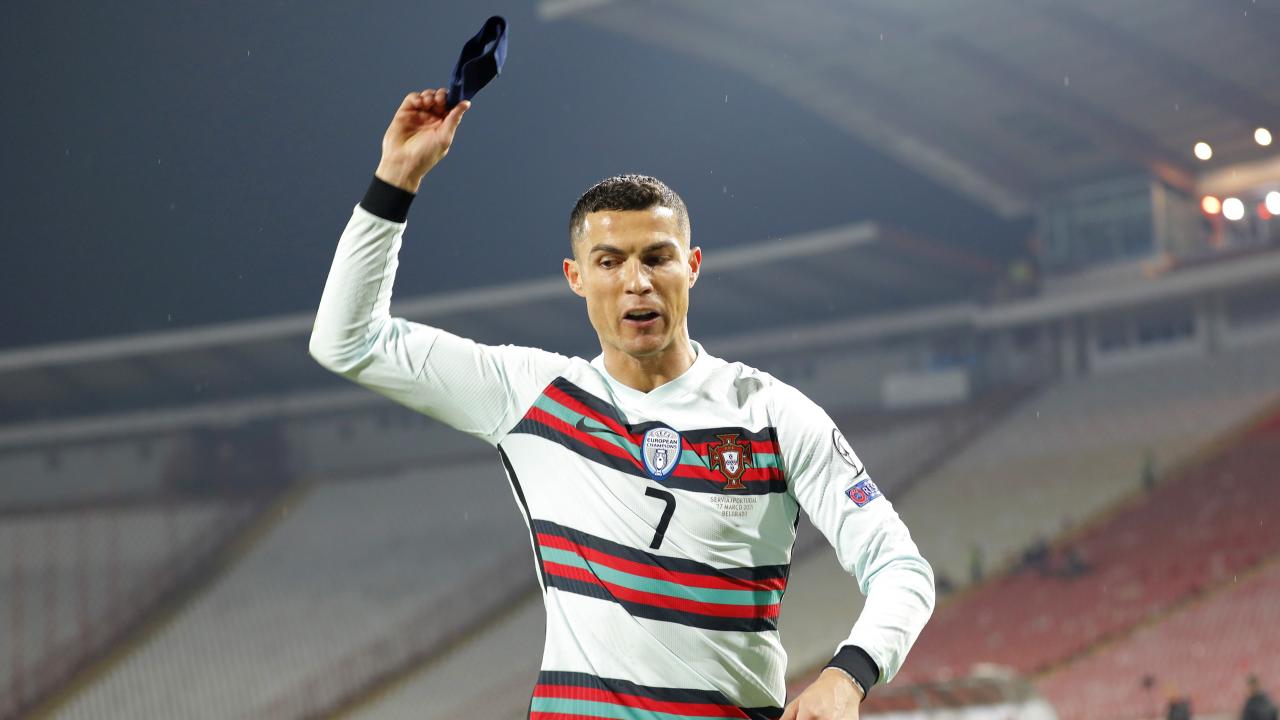 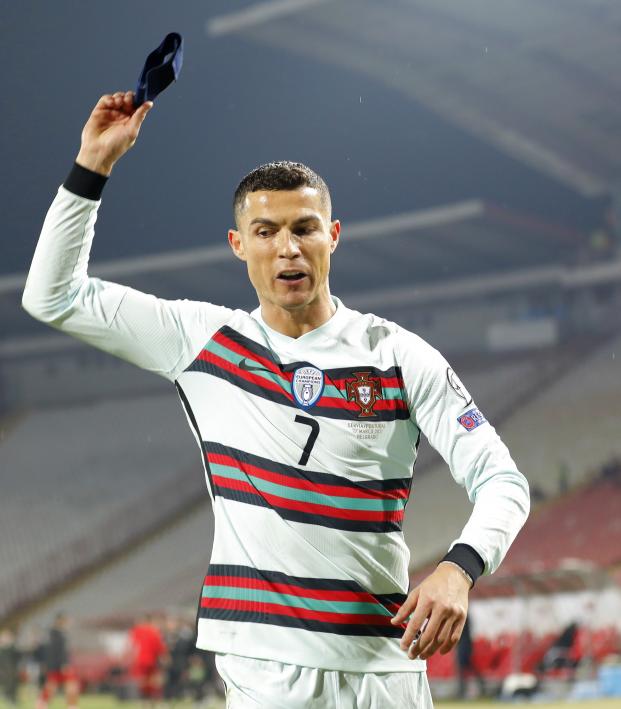 BELGRADE - A Cristiano Ronaldo goal not given in a dramatic World Cup qualifier between Serbia and Portugal would have stood if the two football associations had agreed before the game to use goal-line technology, UEFA said on Monday.

Portugal captain Ronaldo was left fuming and got booked for dissent after his stoppage-time effort in Saturday's Group A 2-2 draw at Serbia was cleared by Stefan Mitrović after the ball had crossed the line as shown by television replays.

The reason Cristiano Ronaldo was so angry pic.twitter.com/8Wua9iNRSx

With no Video Assistant Referee (VAR) in place to review the incident, match officials waved play on and a livid Ronaldo left the pitch seconds before the final whistle as he also threw away the captain's armband while heading towards the tunnel.

Cristiano Ronaldo walked off the pitch before the final whistle at the end of the Serbia-Portugal game, and threw his captain's armband in frustration. pic.twitter.com/I2i9uwkPhM

"The decision to use goal-line technology for the European Qualifiers lies with the host association for each match," the European soccer governing body said.

"If the host association plans to implement goal-line technology, they must also obtain written consent from the visiting association in order for it to be used," UEFA added.

Match referee Danny Makkelie told Portuguese newspaper A Bola on Monday that he had apologized to Portugal coach Fernando Santos and the rest of the team for the mistake.

"All I can say is that I said sorry to the coach and the team about what happened. As a refereeing team we always work hard to take the right decisions. When we are in the news for a reason like this, it doesn't make us happy at all," he said.

Santos said after the game it was unacceptable not to have VAR at this level of competition but UEFA on Sunday said the COVID-19 pandemic made it impossible to install the system in time for the qualifiers.

"VAR was also not in use in the UEFA Nations League group stage in the autumn of 2020 and has therefore to-date never been used in UEFA national team qualifying group stage matches."

FIFA, which organizes the World Cup, said it was informed by UEFA in January that VAR could not be used in qualifiers due to the "issues and restrictions" caused by the novel coronavirus.

The result left Serbia top of the group on four points from two games, ahead of Portugal on goal difference. The two teams meet again in the reverse fixture in Portugal on Nov. 14 in the final round of matches.