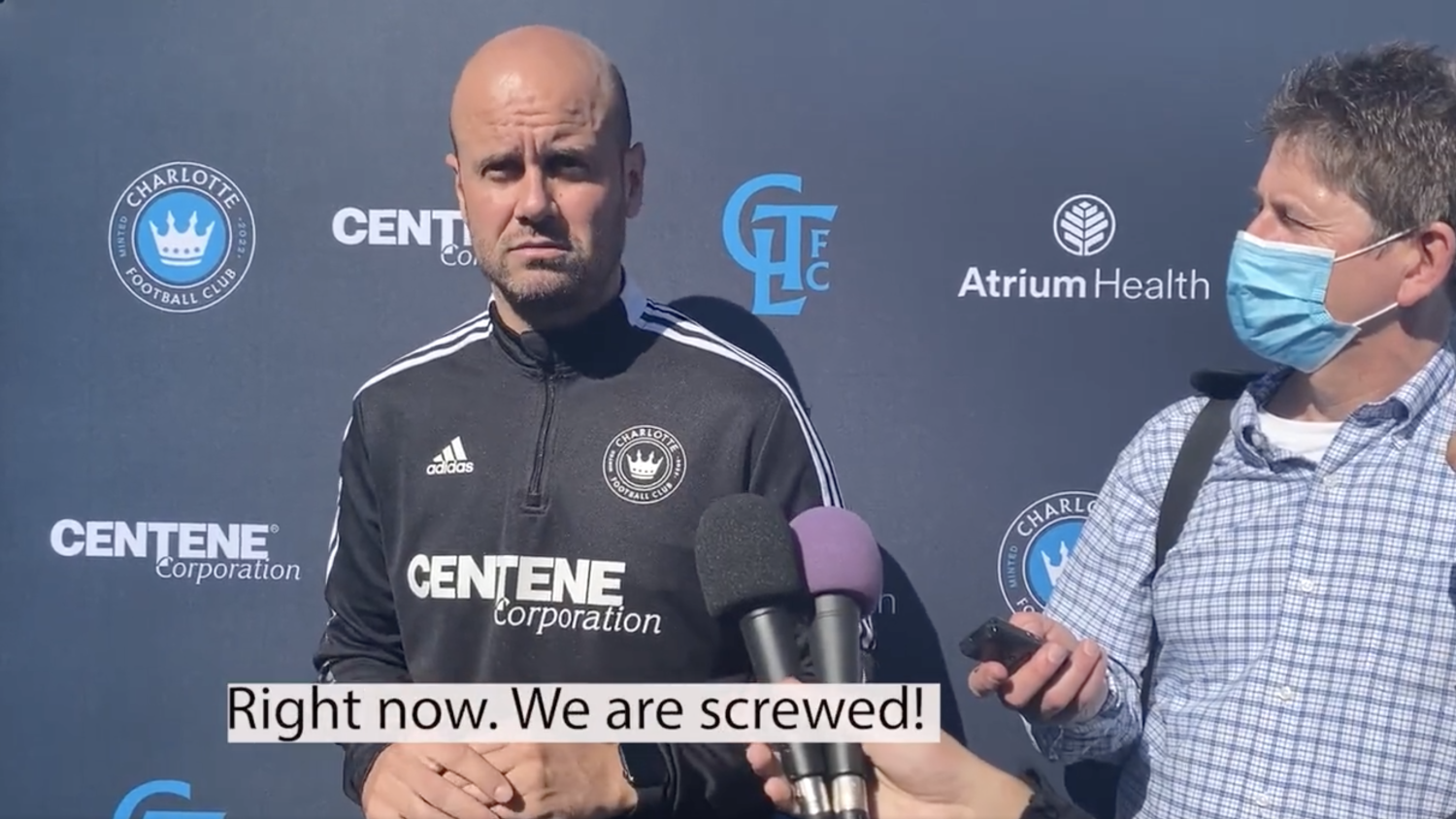 Charlotte FC manager Miguel Ángel Ramírez might have just become my favorite in MLS after he gave a brutally honest answer to the press on Thursday about how his expansion side will fair in the upcoming season.

Two weeks before Charlotte’s first MLS game, Ramírez has stated that his club “are screwed.”

Ramírez made this comment after a deal with one of Charlotte’s three designated players fell through. Venezuelan attacker Darwin Machís was supposed to join the expansion side from LaLiga side Granada on a $6 million deal. Legal issues in Spain caused the transfer to fall apart.

The “we are screwed” quote makes a little more sense when looking at Charlotte’s current roster. As of Friday, the club only has 22 of its 30 roster spots filled.

Charlotte has been anything but lucky filling its roster. Derby County winger Kamil Jozwiak was all but set to head overseas to North Carolina. That plan fell apart when the day after Jozwiak agreed to terms with Charlotte he suffered an ankle injury, and the deal was called off.

Add all these issues on top of failing to acquire Paul Arriola earlier in the transfer window and you have a manager that isn’t feeling too hot. Ramírez has now opted for the angle of “not my problem” as he said he can’t focus on incoming transfers anymore.

“It’s the sporting director’s job, it’s the chief of scouting, the scouting department’s job to be looking for these players. It’s not my job anymore. I was helping the club (with incoming players) before because I had no work on the pitch. But now my focus is this work.”

Charlotte’s first MLS game is on Feb. 26 with a trip to the nation’s capital to play D.C. United.