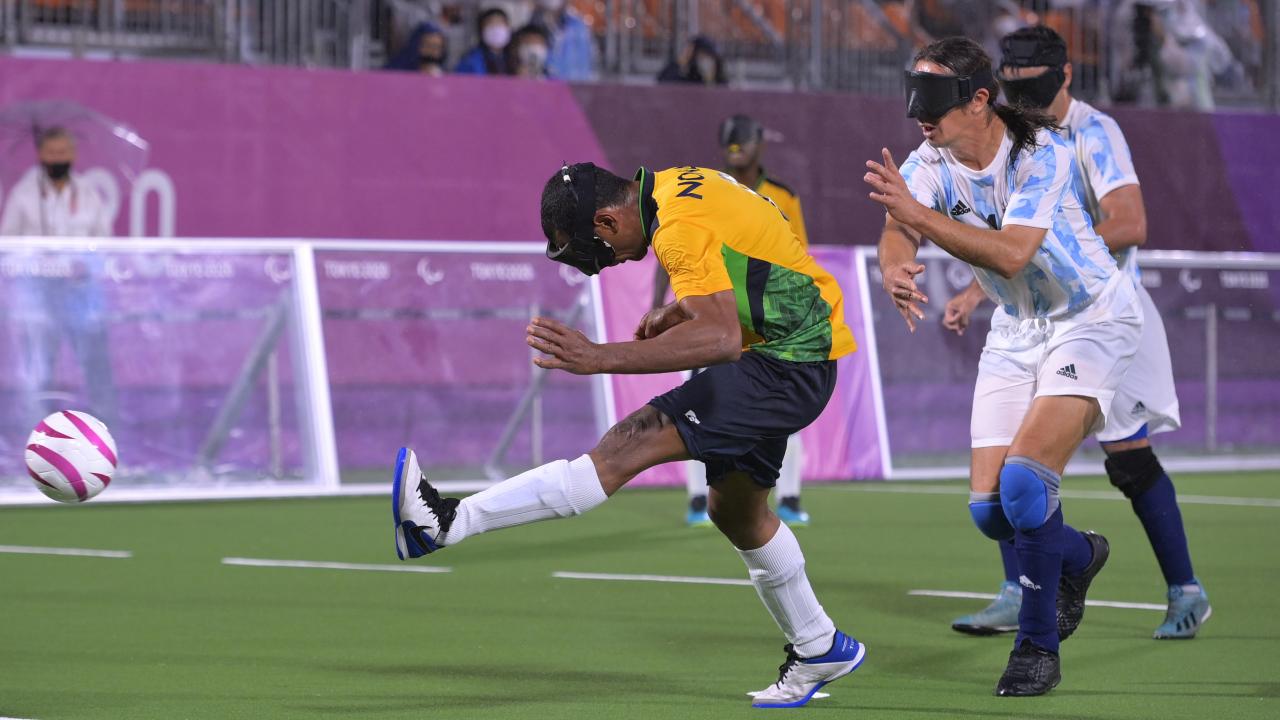 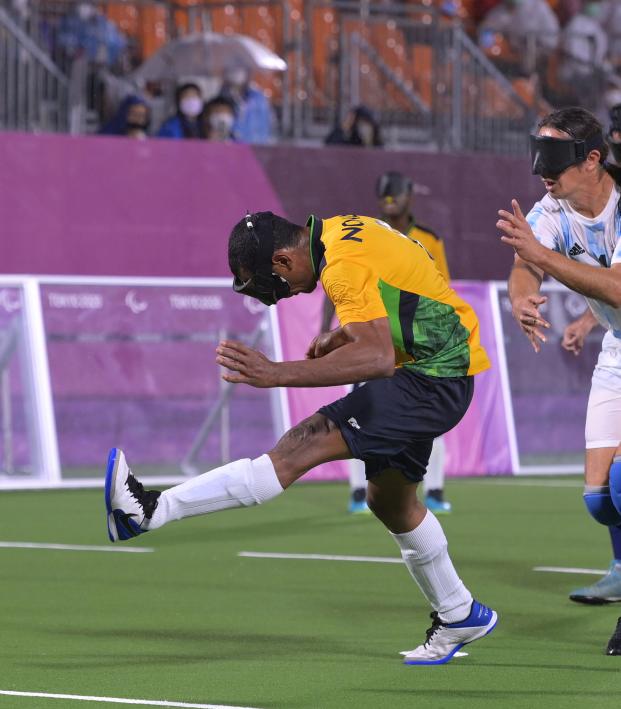 Connor Fleming September 7, 2021
Raimundo Mendes was the Seleção’s leading scorer with six goals, including this one.

Heading into Saturday’s football 5-a-side gold medal match at the Summer Paralympics, Brazil took the status of favorite as the gold medal winner at each of the last four tournaments.

But Brazil had its own all-star cast, including captain Ricardinho, Jefinho (“The Paralympic Pelé”) and Raimundo Mendes, who was Brazil’s leading scorer heading into the final with five goals.

Remember that 5-a-side is played by footballers with a vision impairment. They only have the sound of the ball (which has a noise-making device inside) and the instructions of their team guide (stationed behind the opposition goal) to help them navigate the pitch.

After the first half finished 0-0, Mendes scored the game-winner with just eight minutes remaining. It’s a hell of a finish.

“We fought very hard, we dedicated a lot to preparing for this tournament, and we have a very strong team,” Mendes said after the game. “Today we believed right until the end and we didn’t give up, which is why we won this gold medal. This one feels different because of the circumstances we are in. This pandemic affected our training. We had to protect ourselves, and so we couldn’t go much to the gym. We had to train more at home, so it affected us a lot.”