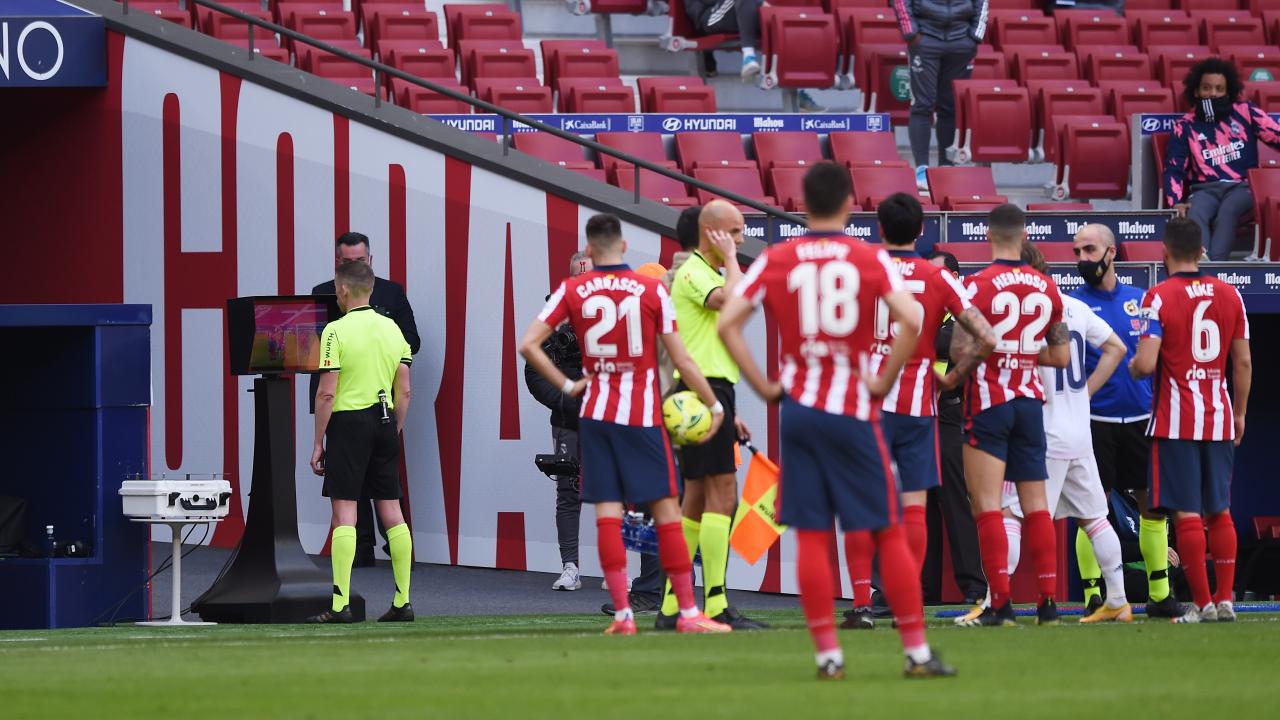 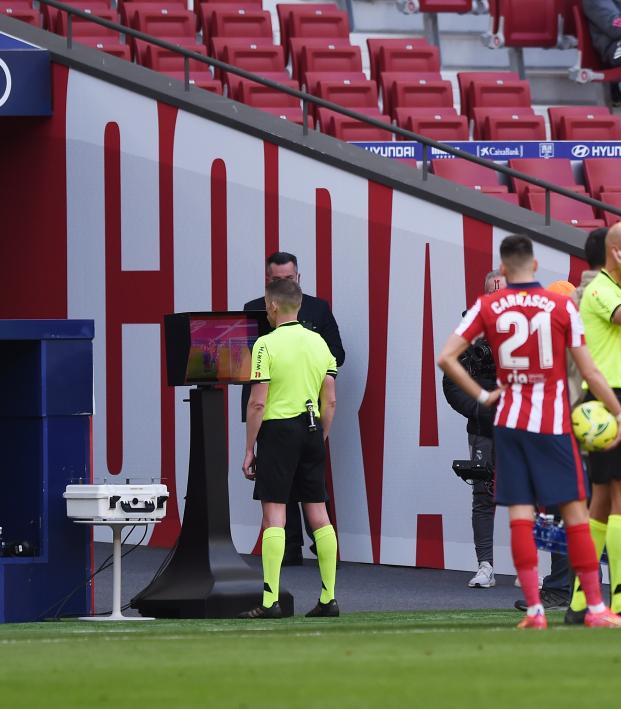 Atlético Madrid President: "I Am Always Against VAR"

Felix Delgado March 8, 2021
Enrique Cerezo said he is against VAR after the handball controversy with Real Madrid.

The president of Atlético de Madrid, Enrique Cerezo, declared himself "always against VAR (video refereeing)" after the derby in which his team drew 1-1 against Real Madrid, in which the white side claimed a penalty for a handball by Felipe that the referee Hernández Hernández dismissed.

"I'm not for VAR, neither the VAR on TV nor the VAR on the drink. I like the VAR when it is fair, equitable and healthy, in this case it is neither fair nor equitable, and not because of this action which I think is silly, those who handle the VAR know what they have to do and will do it, but I am always against the VAR," said Cerezo in statements after the match.

Real Madrid claimed a penalty for a ball that hit Felipe's hand, which was off his body as he jumped for the header.

The referee Alejandro Hernández Hernández, after being alerted by the VAR, went to see the play on the monitor and decided not to call a penalty.

Regarding the draw, Cerezo said that the league title is "more within reach" of Atlético with the draw. "It has been a nice game, entertaining, we have had many, many chances to score, Madrid has arrived twice and scored a goal, we have scored a goal, so the draw is normal," he said.

"LaLiga right now is hard, tough, we are one of the candidates unquestionably because we are still first, we have a game in hand and if on Wednesday we are lucky enough to beat Bilbao, things will look different," he said. "LaLiga is won by the best, Atlético is number one and is the best," he added.

Anybody can win the league among the big 3 in Spain (Atletico, Barcelona and Real Madrid), the difference in points is not very big. At this point, any controversial decision will be exploited by the affected party. Even if VAR technology is already present in soccer, decisions will still be human and controversy will exist forever.

The best thing that can happen in these scenarios is that matches are won or lost resoundingly, but in these types of close games, there is going to be controversy no matter what the VAR decision is.